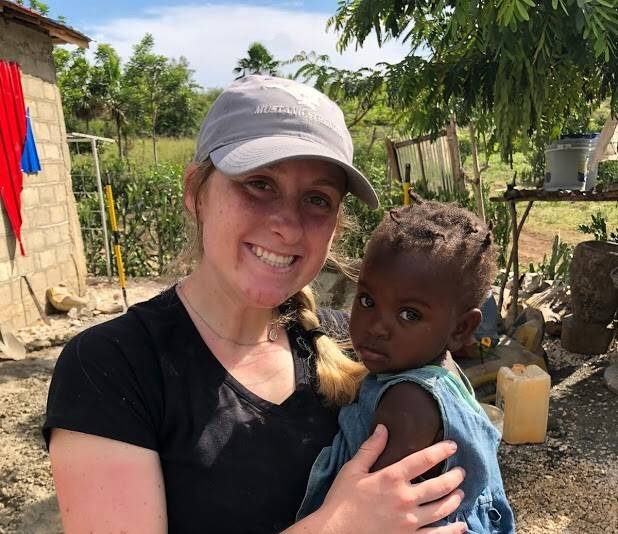 The Brand family and the Sorheim family are the first team back in Haiti since the COVID-19 Pandemic began. Read blog entries below from Summer Brand on her experiences so far in Haiti.

There is so much that I could write about after being in Haiti for only three full days. In the span of 72 hours, I have seen Haitians experiencing hardships too hard to explain with words. I have seen pain and sorrow too hard for me to fully comprehend. But alongside these things that break my heart, there have also been many moments where my heart has been so, so full. During these beautiful moments, God’s love and grace are displayed. In order to explain both of these sides of Haiti, I’ll provide an experience of both. 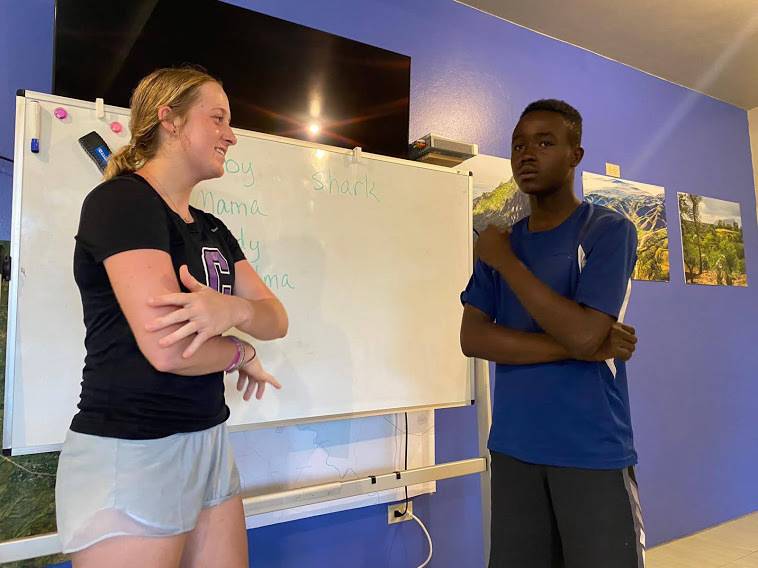 Yesterday was difficult. If you were to ask anyone in our group, they would say the same. One of MH4H’s main projects is to serve the underserved regions around Pignon. We left campus after lunch and went to the area known as “Jean Boule”. The roads to get there were extremely bad and at one point we even had to jump out of the back of our truck and push it out of a mud puddle. Our mission for the afternoon was to deliver food and oil to five families that were extremely in need in an extremely underdeveloped region. You could tell at each stop that the people were hungry for food, comfort, rest, and especially, God.

My heart was broken on one stop in particular. Our very last home. This family consisted of a mom, a grandma, and a son. The reason why this family was chosen as a stop was because of the young boy. One reason was because the boy’s caregiver was actually his grandmother. The boy’s mother is currently working in the Dominican Republic to make money for her family. I believe this boy was 7 years old, and he had been diagnosed with hydrocephalus when he was about four. When he was taken to the hospital 2 years ago, the doctors said that nothing could be done for his condition, a condition that, in the United States, would’ve been caught, diagnosed, and fixed at a very young age. The condition that this boy was in was unbelievable even after everything else that I’ve seen. He was so small, except for the size of his head because of his hydrocephalus. Because the weight of his head was much larger than the rest of his body, he could only lay down or be moved by the help of his grandma. To me, both the grandma and the boy have a very bleak future ahead of them. The grandma will continue to age and become weaker, creating virtually no way for her to care for her grandson. For the boy, I wonder how much longer he has to live. It’s already pretty amazing to me that he has survived for 7 years with the condition that he has.  We prayed for God to watch over the family and to bring them His healing powers and comfort. I will continue to pray these prayers for this family even once Haiti is just a memory. 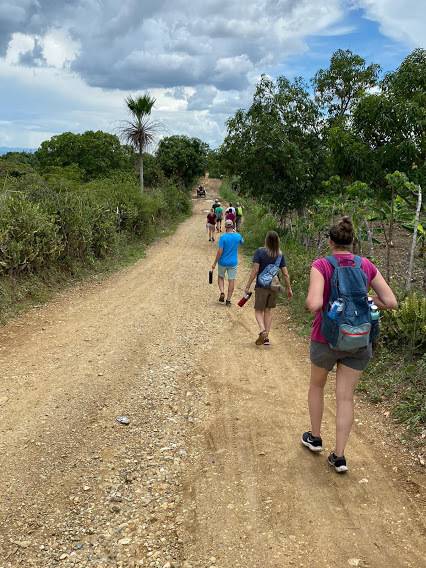 On a lighter note, there are also many things about Haiti that have filled my heart. For anybody who knows me, an obvious thing that brings me joy is playing with children. For me to be white in Haiti, means that all of the Haitian children are always excited to see me and immediately come to hold my hand, give me a high five, or ask to be held. This is true for everyone in our group. We are very popular everywhere we go. Another reason why Haiti has become one of my new favorite places on Earth is because of its unrefined beauty. Whether we’re sitting on the roof of our house or walking through the countryside, the views always take my breath away. Mount Pignon continues to catch my eye, and I’m looking forward to climbing it at the end of this trip.

Although this is my second time in Haiti, this time I’ve felt God pointing me in different directions with what I’m feeling and what I’m seeing. I’ve seen hardships that break my heart and tear me apart inside, but I’ve also experienced great joy in the simple beauty of things. I can feel God’s spirit working here through Haitians and through us. I know that God’s pulling on my heart strings for a specific reason and I am glad. I am greatly blessed to be able to work as God’s hands and feet throughout these seven days. God has already done great things in just 72 hours, and I am anxious to see what more He will do before we leave. 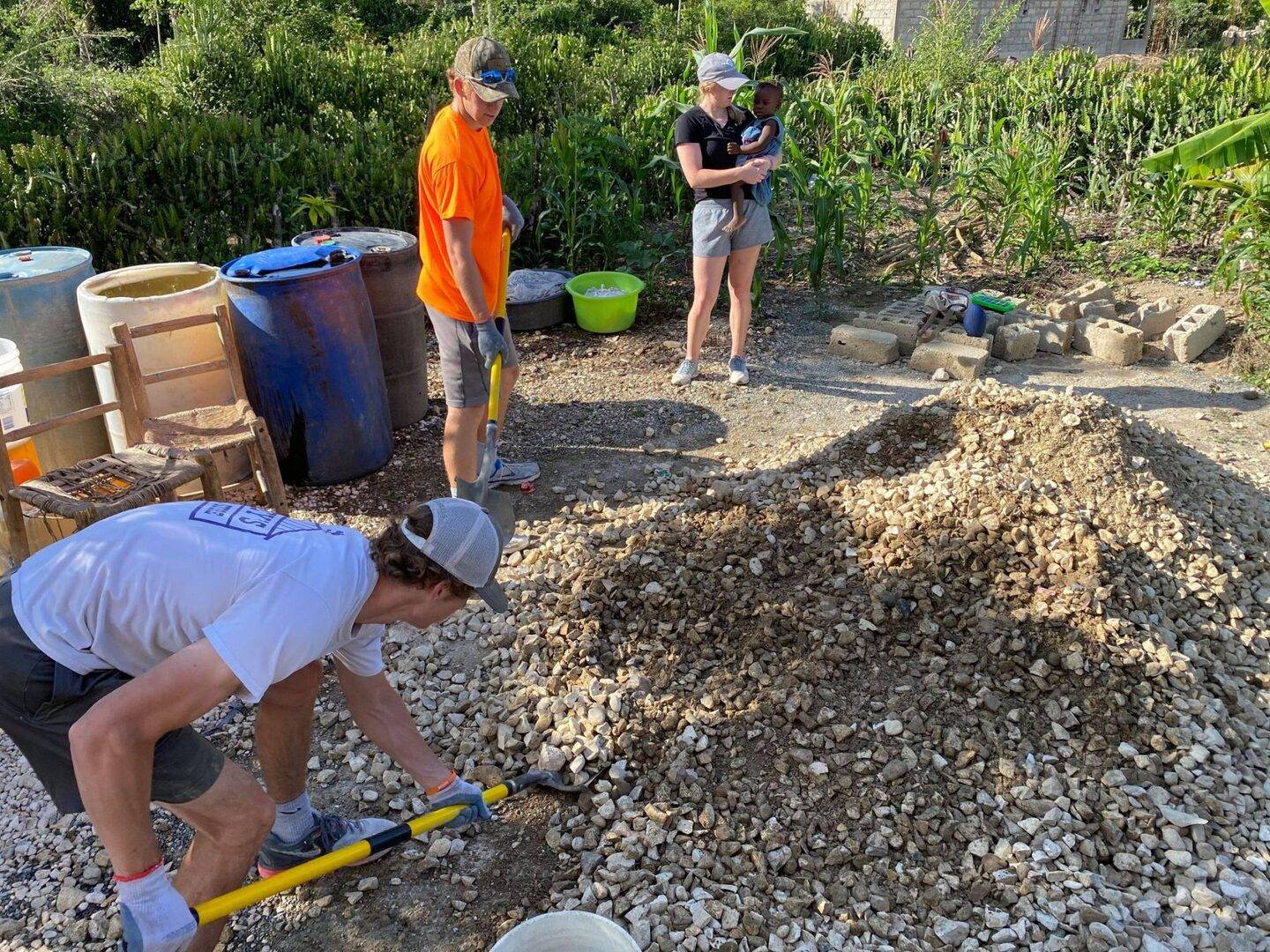