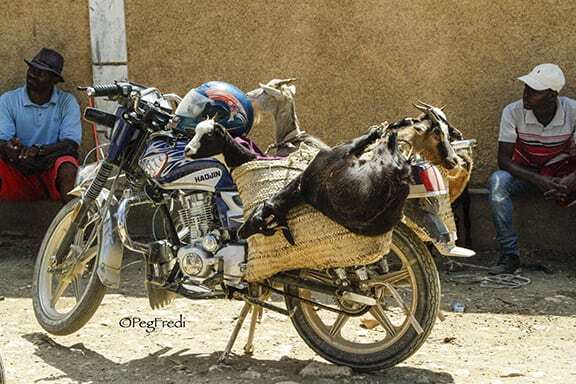 The Cumberland University short term mission team have come to Haiti with two goals: to learn from the Haitian people and to, in turn, share of themselves with these same people. They have started with a “crash course” in Haitian culture. Follow the team’s adventures as they learn more about the world around them.

Our morning began early, with a beautiful mountain hike. The sun was beginning to rise, starting the daily life of our busy Haitian friends. As we rode through their villages, we watched women and children pump water and men carve wood with machetes. Children were riding donkeys that were carrying items, and women were holding buckets of water on their heads. We climbed the mountain of Pignon, and each of our team members made it to the top. A blissful victory. The climb was steep and hard, it pushed us all to go beyond what we thought were our limits. As we reached the top, joy and excitement was present on all of our faces. The view from the top of the mountain was breathtaking. As we sat and admired, there was a silence. The silence was peaceful, and we overlooked the rolling hills and mountains of Haiti. 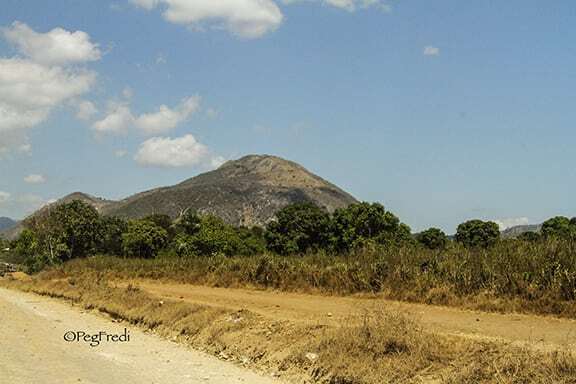 Later in the day, we went to the Haitian marketplace where the peacefulness was quickly gone. As we arrived, the sounds of goats and the voices of the Haitian people was all that could be heard. The overwhelming smell of food and smoke filled the air. The energy was high, and Haitian culture was prominent and rich in the marketplace. The fast pace environment created a marketplace filled with vendors selling food, clothing, and other household items. As we walked we stopped to buy Sugar Cane, a popular food in Haiti. It was delicious, and tasted like sugar water. 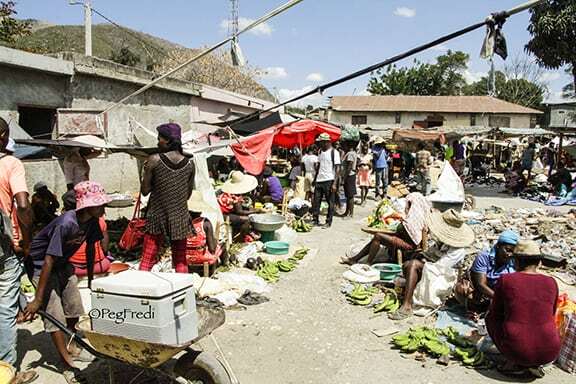 From the marketplace, we made our way to a local Haitian hospital. The things that I saw and heard in the hospital left me speechless. As I’m writing this, I’m still trying to process what I saw. There is no comparison between medical facilities in America compared to Haiti. In hospitals where we have many doctors, they have two. Where we have wings for specific patients such as ICU and maternity, they have one room. Where we have janitors and a cleaning staff, their halls are filled with dirt and bugs. Where we have labs, they do not even have a microscope. I still cannot describe or put into words what I was feeling when I saw all of this. However, it did not cease to amaze me how much they are able to do with the little resources that they have. After the hospital, we rode a few minutes to the local police station. There, young children were playing out front and teenagers were playing soccer. Inside the station, we learned what is was like to be a Haitian police officer. We learned about how to become an officer and what their lifestyle is like. The station itself looked like a small shack, and there were two jail cells. It was a small building, and looked no different than the houses around it. As we left the station, we had the opportunity to play with young children. After returning to the Many Hands for Haiti compound, we played a football game with local kids. It was rewarding to see faces of joy amongst the Haitian kids. Overall, the day was eye opening and incredible. It’s safe to say that after today, we are all different people. 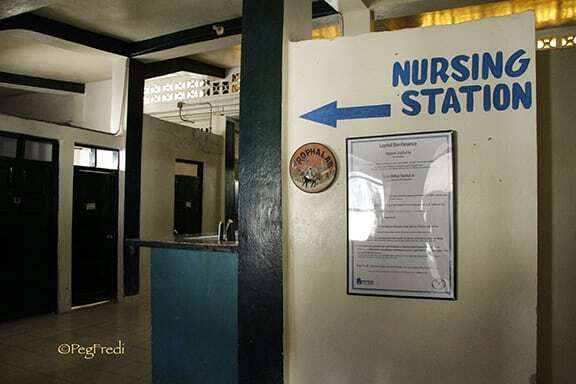 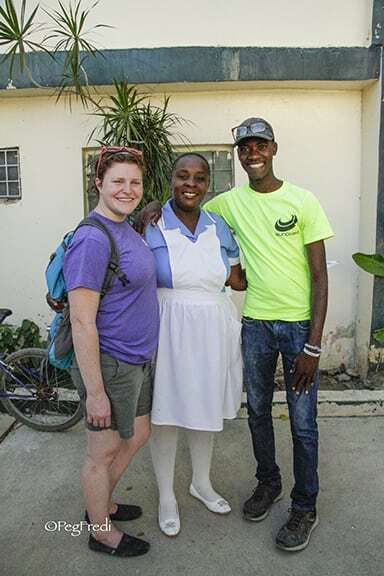 Haiti is one of a kind. The people here are resilient and radiating joy and live with full hearts. We began our day hiking up a steep massive mountain. I use the word “Hiked” lightly. More like we stumbled, fell, and climbed! This mountain was level expert hiker. I was level American hiker. I was not prepared. However, luckily for us many young Haitian kids joined us on our hike. Eventually they led the way and helped us anyway they could. Them, after contemplating if we should give up or persevere. Our momma’s did not raise no quitters you better believe we reached the tip top of that mountain! It was a beautiful view! Breathtaking. To the left was the outlines of colorful city buildings and windy streets. On the right was mountains beyond beautiful mountains. To make our view even better, both of these views had a gorgeous clear blue sky to in accompaniment. Breath taking. Beautiful. Peaceful. Blissful. A perfect way to start the day. Later, our day continued with an adventure to the market. It was both surreal and overwhelming to see the mass of people bustling around selling, stealing, bargaining, and talking in the market. A place with Dull dirty walls and dirt roads filled with vendors selling young goats bonded by the feet an hung by their feet on the sides of dusty old motorcycles. Goats in pain sound like screaming children. The noise resonated around the entrance to the market. After we waded through crowds and livestock we reached the produce section. Food was everywhere. Fruit was stepped on and dirty fresh produce covered in dirt, clothes in piles on the side of the path, fried fish, fresh meat laying on the ground, and machetes for harvesting crops. It was a sensory overload. What stuck out to me was how nonchalant the Haitians were. This was just another Saturday to them. This is their normal. It made me appreciate grocery stores in America more. I may never take a clean piece of fruit for granted again. Then, we went back to the Many Hand campus and played a spontaneous game of football with some Haitian kids. Their faces were engulfed by beaming smiles. They sprinted around us laughing and kidding. This small activity connected us with each other. Then someone mentioned that that activity may have been one of the only times they got to play football. The kids here grow up so fast they are practically born as adults. If they can function they can work. They do not seem to mind. They do their jobs and they enjoy their lives. Today taught me that poverty is real. It is not just a word to describe beggars’ on a street. It is a word to describe people working hard and trying daily to survive with the extremely limited resources they have. Poverty in Haiti in Perseverance. However strong their human spirits are it is still heart breaking to witness people struggling even after putting everything they have into their survival, fail. They do not fail because they did not try, but because they did not have the tools to succeed. Today instilled in me the beauty of Haiti and their resilient human spirit.