In August 2013, MH4H welcomed two young American women to their staff in Haiti. After ten months of service alongside our Haitian brothers and sister, MH4H sadly announces the resignation of Heather Brown and Cassidy Mejia from their roles as development coordinators. During their time in Haiti, both have impacted people for the kingdom in many ways through their love for the Lord and their actions of sharing that love with children and their families. 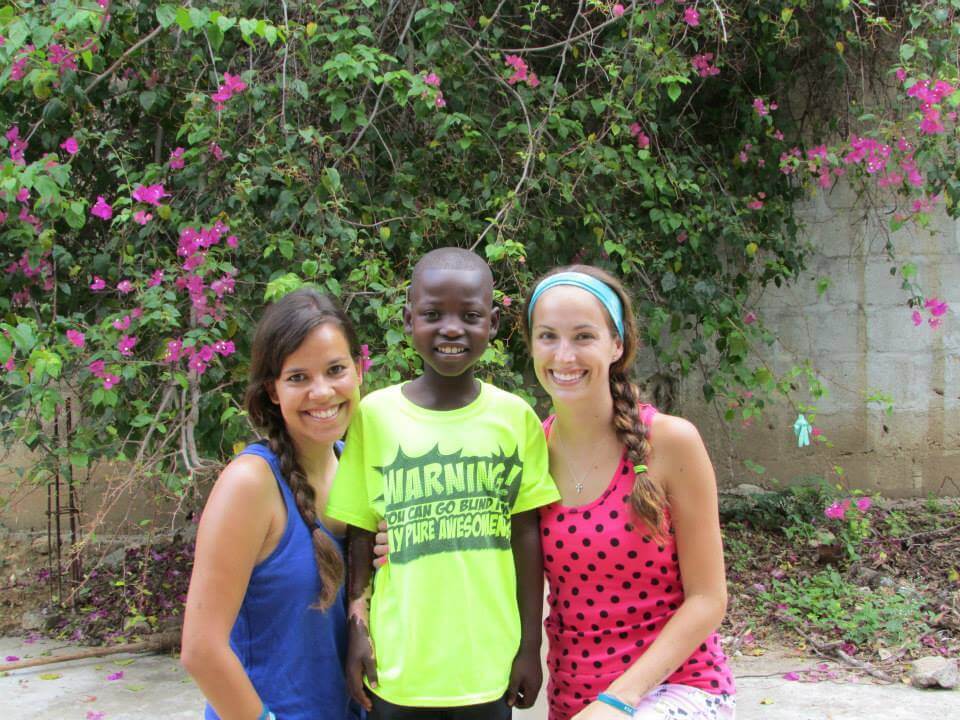 Cassidy (left) and Heather (right) with Denilson, one of the many Haitian friends they’ve made.

Adult Program Coordinator Ebens Renard spent a lot of time working alongside the girls. In regards to their departure he said, “During the time I spent with Heather and Cassidy, I learned a lot about following God’s call to be His disciple, even if where He calls you to go is difficult. Leaving your family, friends, and country to come to another country for a year is not an easy decision to make. Heather and Cassidy were like our sisters here. We miss them already as partners of Many Hands for Haiti.”

Ebens, Heather, and Cassidy frequently rode around Haiti like this.

Heather and Cassidy were instrumental in the start of Thrive for 5 this past September, where they spent much of their time in Haiti loving on kids and their families, passing out hugs and kisses, bandaging “owies,” and teaching about the love of Jesus Christ. The girls also helped register all 130 of the children who enrolled in Thrive for 5 from Savanette and the surrounding communities. 130 kids is a lot, but the girls know each child in the program by name.

The kids at Thrive for 5 adore Cassidy (above) and Heather (below).

The girls also started an English class at the CBP hospital in Pignon during their time in Haiti. This required the girls to wake up before 6:00 AM during the week to meet with students before their workdays began. They started by teaching the group the alphabet and progressed from there. After ten months of classes, most of the students can hold a basic conversation in English.

“We thank Heather and Cassidy for their time in Haiti and for helping MH4H launch the Thrive for 5 program and teaching English as the hospital. It has been fun watching God use them for kingdom purposes and seeing them grow in their faith through the process,” said Tim Brand, executive leader for Many Hands for Haiti.

Left: Heather comforts a scared child during a check up. Right: Cassidy holds baby Winly at Thrive for 5.

The girls’ time in Haiti is quickly coming to a close. Heather will return to Spencer, Iowa on June 11, while Cassidy will return to Pella, Iowa on June 26. We thank Heather and Cassidy for their months of service to Many Hands for Haiti and ask that you join us in praying for them as they follow God’s calling in their lives and continue to do His work elsewhere.