We are excited to share another 377,142 meals have been sent to earthquake-affected areas.

This update comes from our CEO, Tim Brand: “Because of the outpouring of generosity, we were able to do a second run of relief with food purchases. This time, we acquired 2,000 bags of rice equaling 55,000 lbs (377,142 meals) from local vendors in Pignon. We are working through the same pastors for distribution. Two of our staff members, Pastor Jean Ronel and Agronomy Tech Kely, accompanied the food to provide feedback and an understanding of additional needs. In less than 2 weeks, we have locally sourced 689,262 meals (102,645 pounds) and distributed them through local pastors to the most affected areas.”

Things remain difficult in these areas most affected by the earthquake. Jean Ronel continued by saying, “And it is a really difficult challenge in front of people out there that are in the little shelters… many of them they are made of thatch. Oh, man, I can imagine how they feel…and the places [homes/shelters] we have seen them, they are like curved, they have the water going everywhere, the water will just sit where the tents are…Oh man, things are difficult…”

We continue to hold the Haitian people close to our hearts and in our prayers. Our leadership team will continue to prayerfully consider next steps in relief aid. 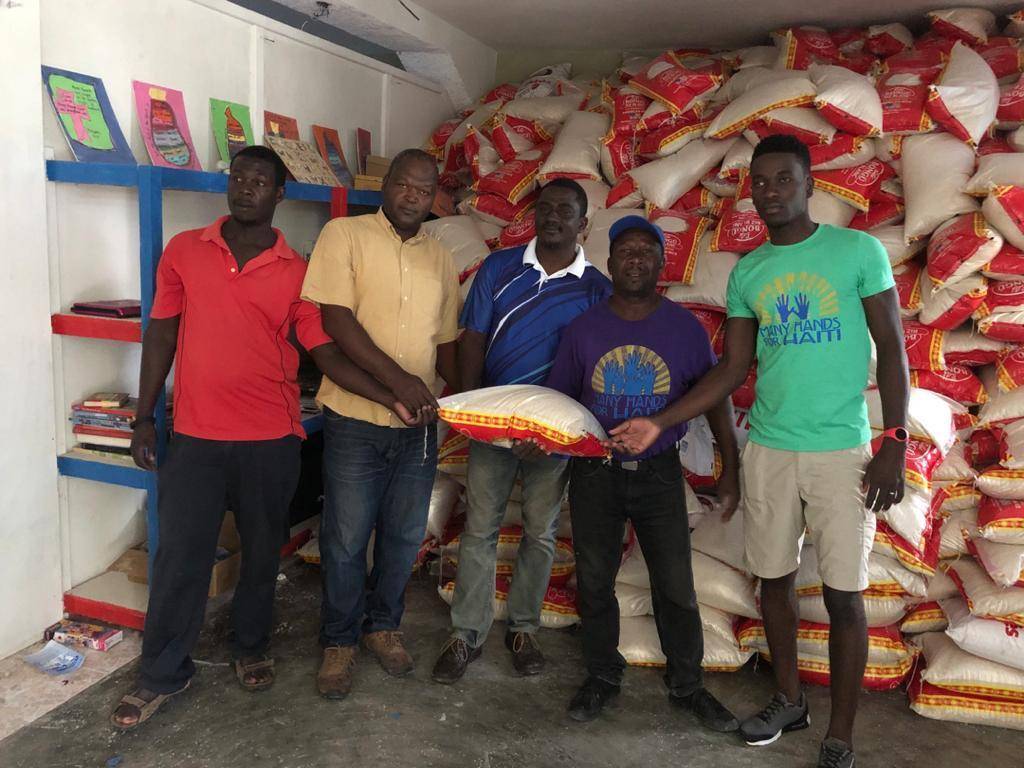 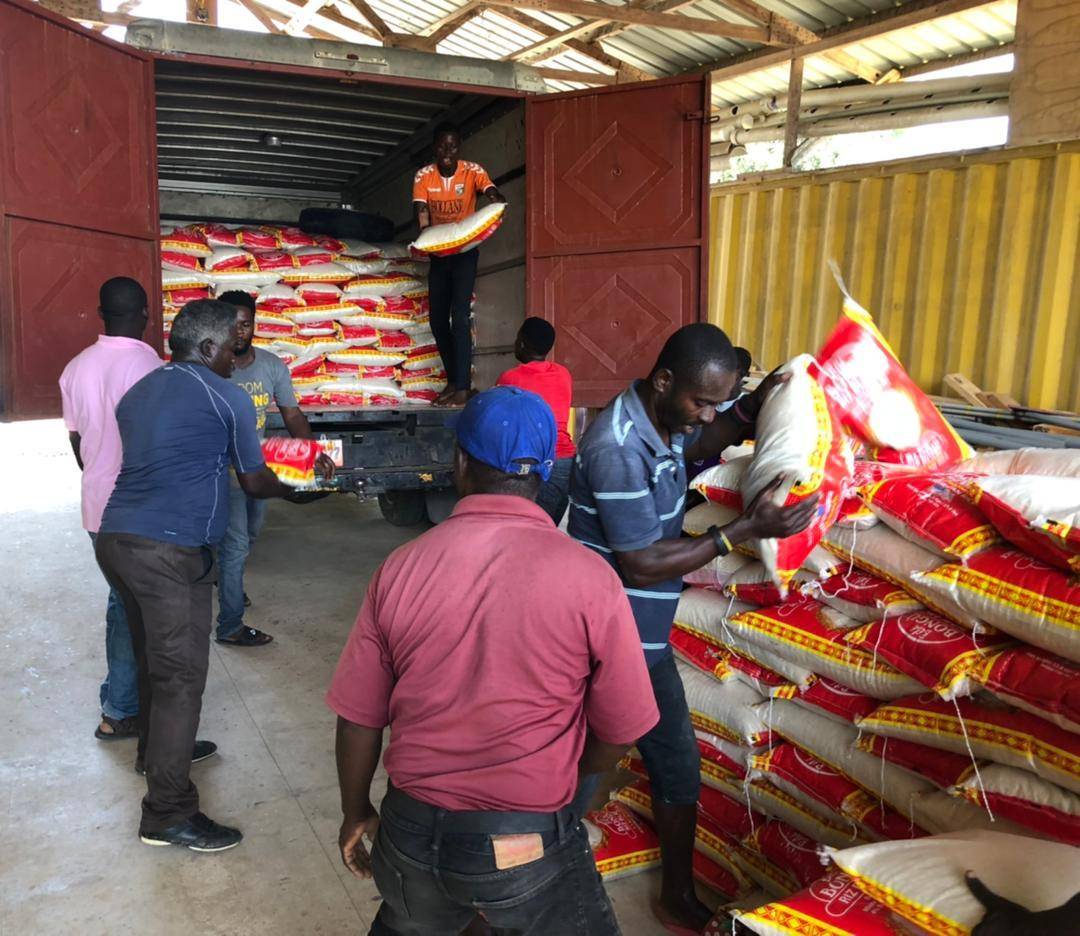 We were able to obtain the first images of our earthquake relief being distributed. Our partners have coordinated with 500 local pastors and leaders to distribute 312,120 meals to 20 different zones in the south. Food is getting into the hands of those who need it most. This much-needed emergency relief will go far in keeping thousands fed.

As resources come in, we are evaluating the next steps in providing relief. We are having discussions with our leaders on what is possible. Stay tuned. 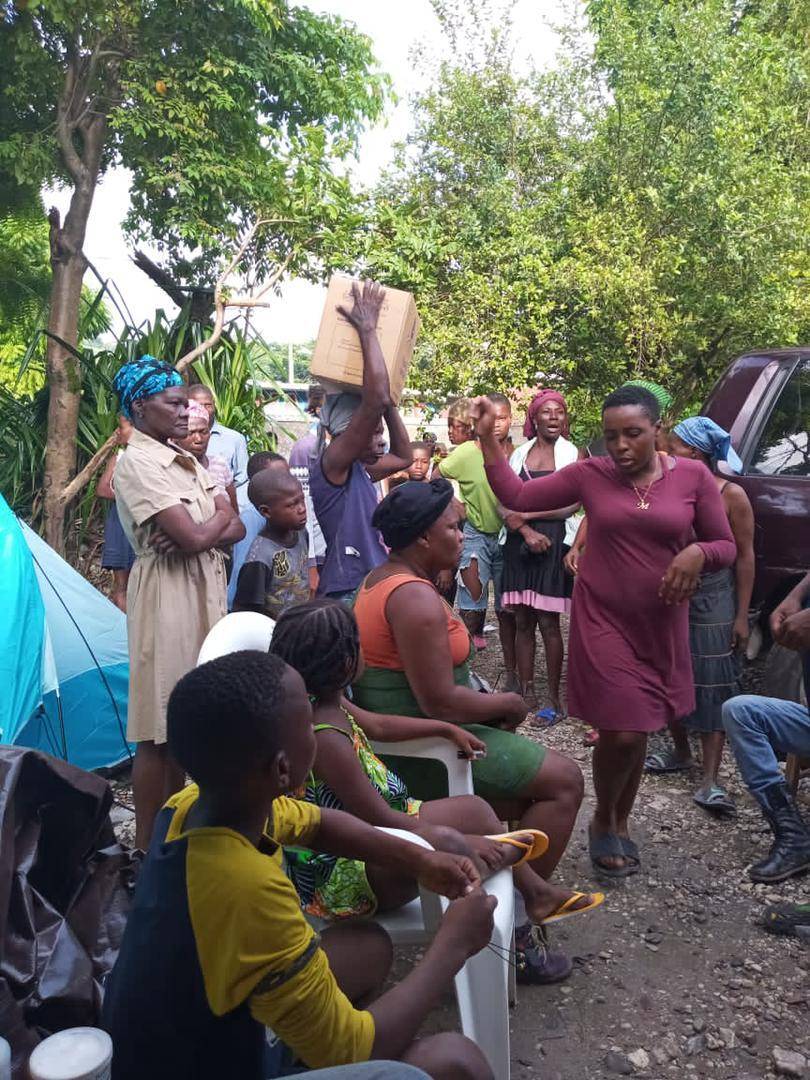 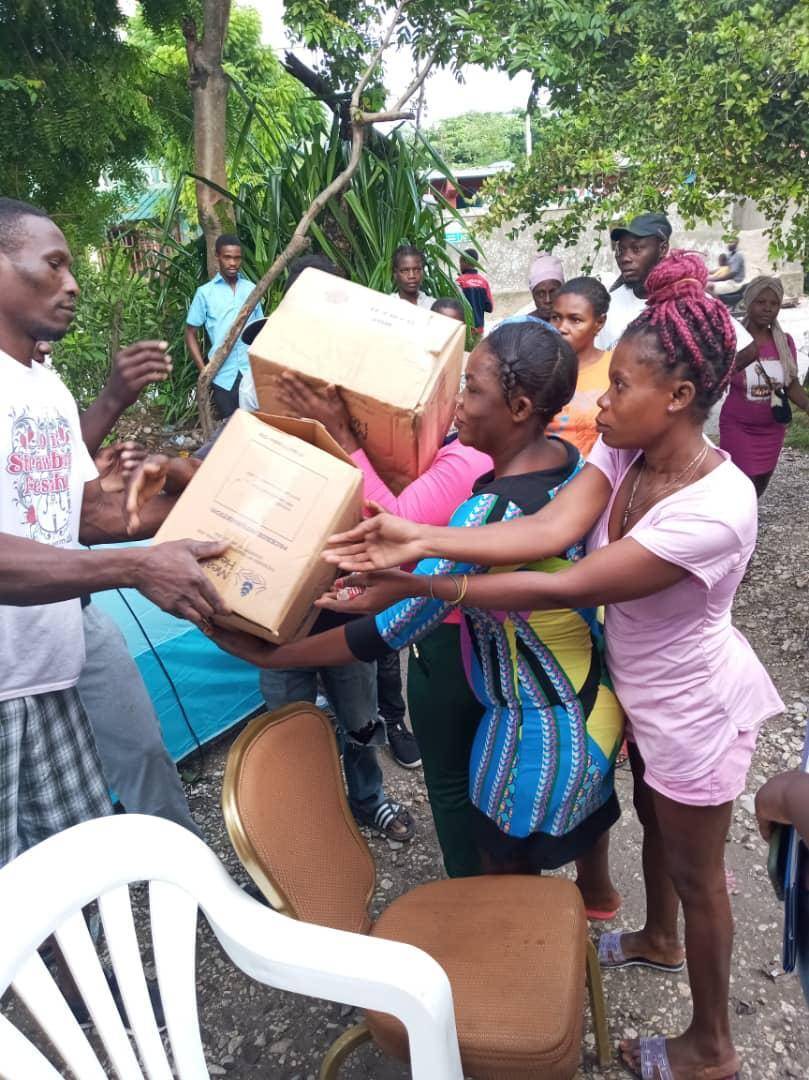 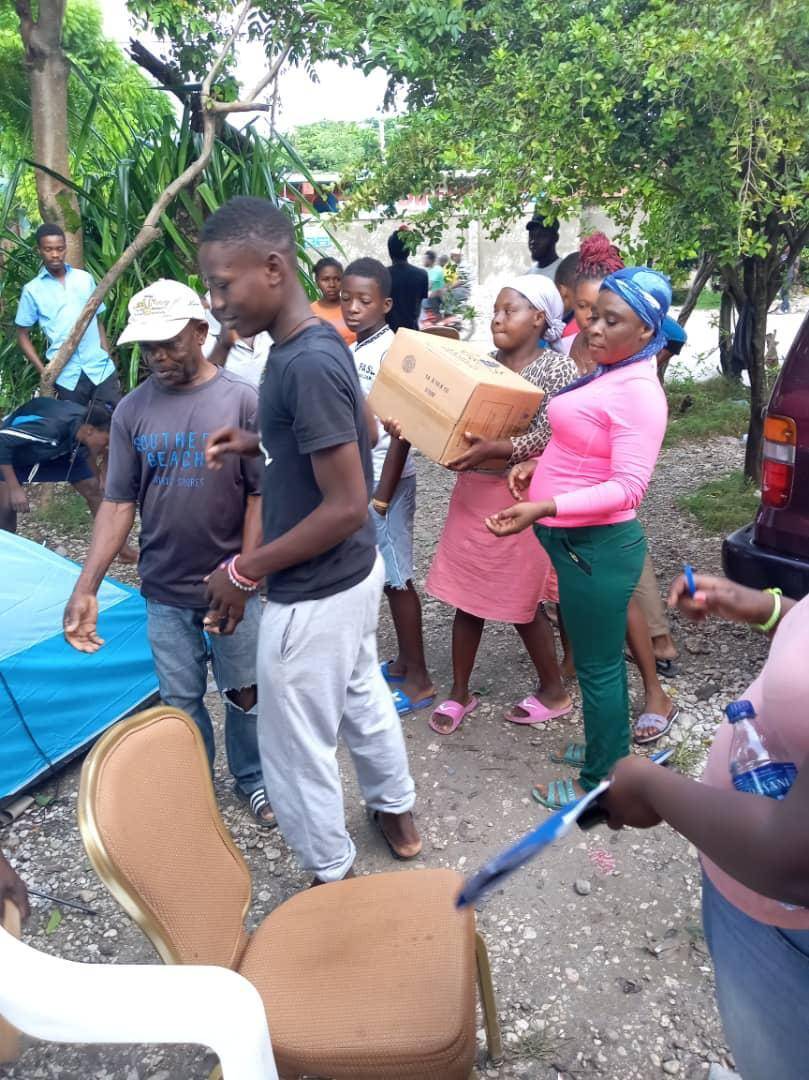 Saturday morning, August 14th, a magnitude 7.2 earthquake hit Haiti in the south. According to Miami Hearld, as of August 18th, the death toll reached over 1,900, more than 9,000 are injured, and at least 684,000 people are in need of urgent humanitarian assistance. These numbers are expected to rise.

The U.S. Geological Survey reported the epicenter about 78 miles west of the capital of Haiti, Port-au-Prince. Several aftershocks were reported on Sunday. Damage mostly occurred in the coastal towns on the southern tip of Haiti.

The earthquake comes on the heels of a difficult season for Haiti, experiencing months of political unrest, followed by the assassination of Haiti’s president on July 7th and increased turmoil and lack of resources as the world continues to fight the COVID-19 pandemic.

“Everything we had is underneath the rubble,” said Elize Civil, 30. “We don’t have anything,” he said. ”All of the houses have been destroyed. There are no houses…We need a lot of help.” 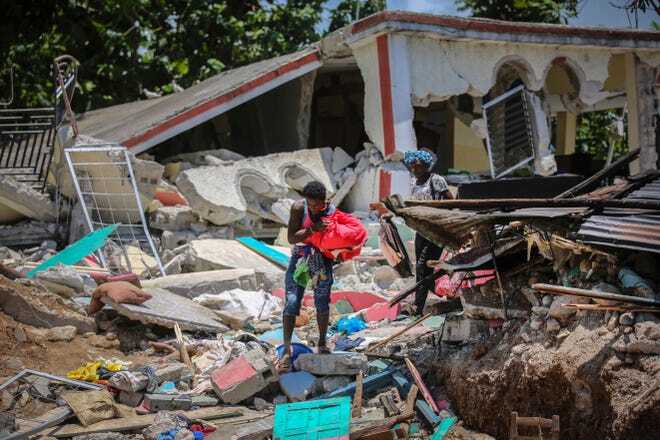 Pignon and all of our staff in Haiti are safe. Staff on the ground shared that they felt the tremors, but sustained no damage. Denise Dent, Director of Education, wrote: “It shook things gently for about a minute – really weird sensation, but no damage. I was in the apartment upstairs and just watched things shake and sway back and forth.”

C.E.O of Many Hands, Tim Brand, shared in an interview with WHO 13 News that “there’s a lot of scared people. Post-traumatic stress syndrome is a real thing, and none of them want to go back into their homes right now to go to sleep.”

Our staff in Pignon are working with partner organizations to distribute food and needed resources in the areas most affected. On Monday, staff worked into the night to load up 47,645 pounds of food to be distributed in the southern tip of Haiti. Our partner in the area, El Shaddai Ministries International, reports that the food arrived safely and is being distributed

As Many Hands responds to these urgent needs, our staff will provide critical relief as needed. Many Hands has been able to mobilize quickly, preparing to deliver emergency food to communities devastated by the recent earthquake. We couldn’t do this without you and your support. Please keep Haiti in your prayers as they work to recover from this tragedy.

You can donate to this special relief work by clicking here or the button below.