After many bumps in the road, we are finally here. Our arrival was a complete God story in itself. Our first flight from Omaha to Chicago was a success; however, everything after that was quite an adventure. Not too long after we landed, our flight to West Palm in Florida was unfortunately cancelled. Karmen spent quite a long time working out any possible way for us to get here, but when her 2 hour conversation ended, she informed us that the only choice was to return home.

Little did we know, God had other plans. Within the next 20 minutes, we miraculously found out that God had opened a door for us to go. There was only one flight leaving Chicago – how amazing that we were able to make it on that flight. We ended up taking a flight to JFK in New York and from there a flight to Orlando. We arrived in Orlando around 2 am and rode a shuttle bus for 2 hours to Fort Pierce, where MFI is located. We arrived at our hotel around 4:30 am with merely enough time to grab breakfast. God’s timing was perfect. From MFI, we flew to Haiti and were able to land around 11 am.

Arriving at the compound in Sylvain, we headed straight to the market after eating lunch and unpacking. We bought rice, beans, bullion cubes, water, and a few other small items for food distributions and other housekeeping needs. After eating dinner, the team started organizing for the color blast on Saturday. We unpackaged sunglasses, headbands, bracelets, and t-shirts and headed to bed afterwards. 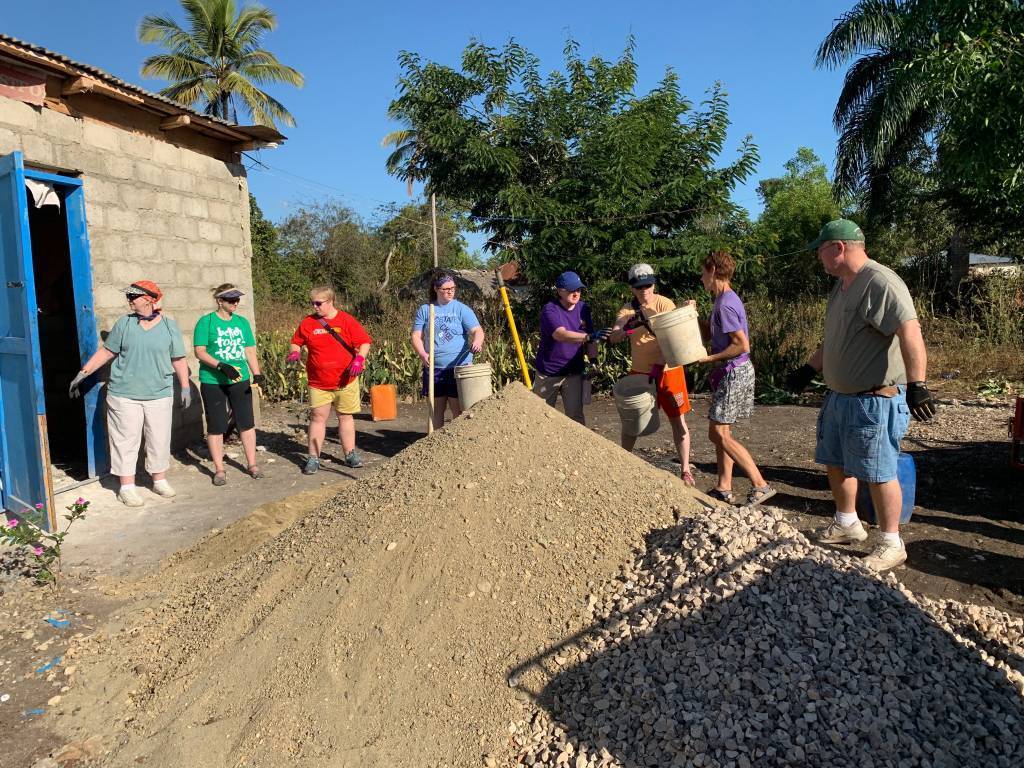 In the morning, we started with breakfast and then a cement floor.  We traveled about 10 minutes to the house of a husband and his wife along with their two children – a boy and a girl – and a baby on the way. It took us approximately three and a half hours to complete the floor. We adopted a bucket brigade system to transport cement into the house and empty buckets out: it worked quite well. Since Mike and Gloria were unable to come with us this trip, we had a bit of fun taking pictures with flat Mike and flat Gloria. Although not here in person, the two were with us the entire time in spirit. 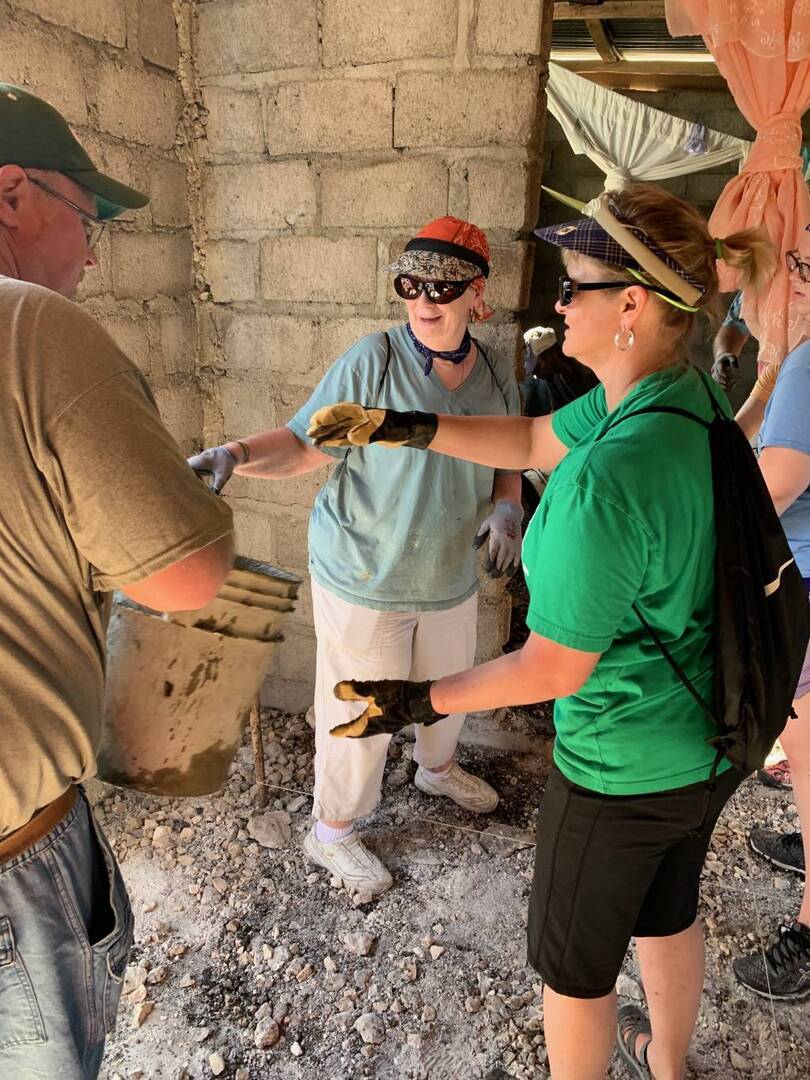 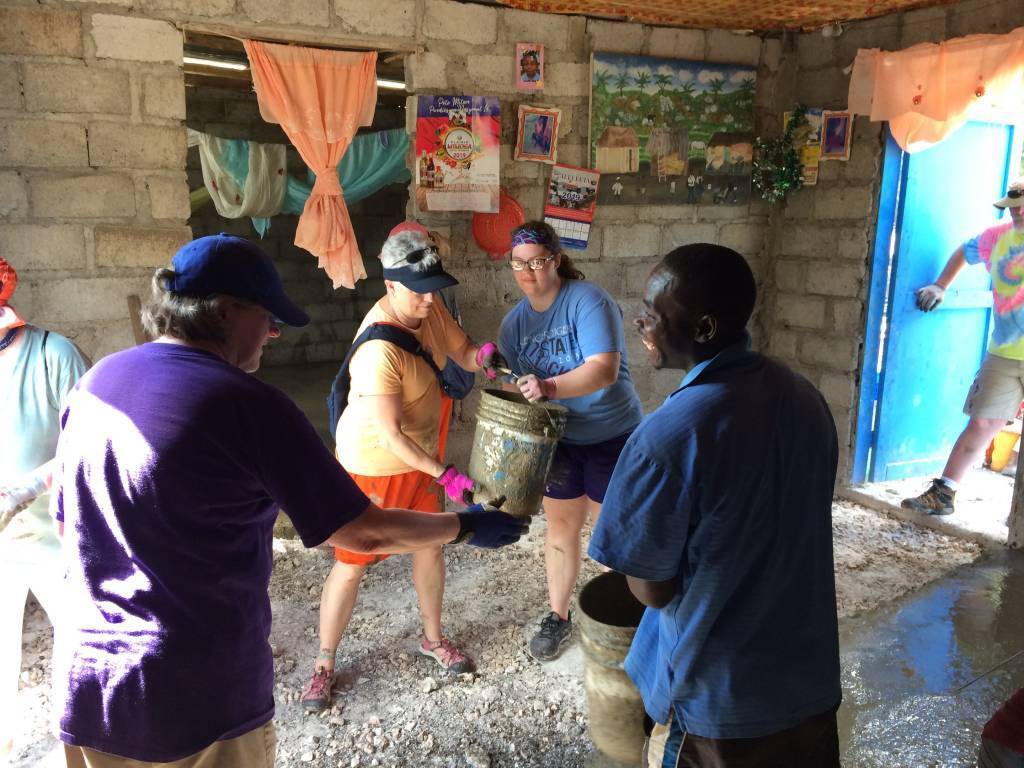 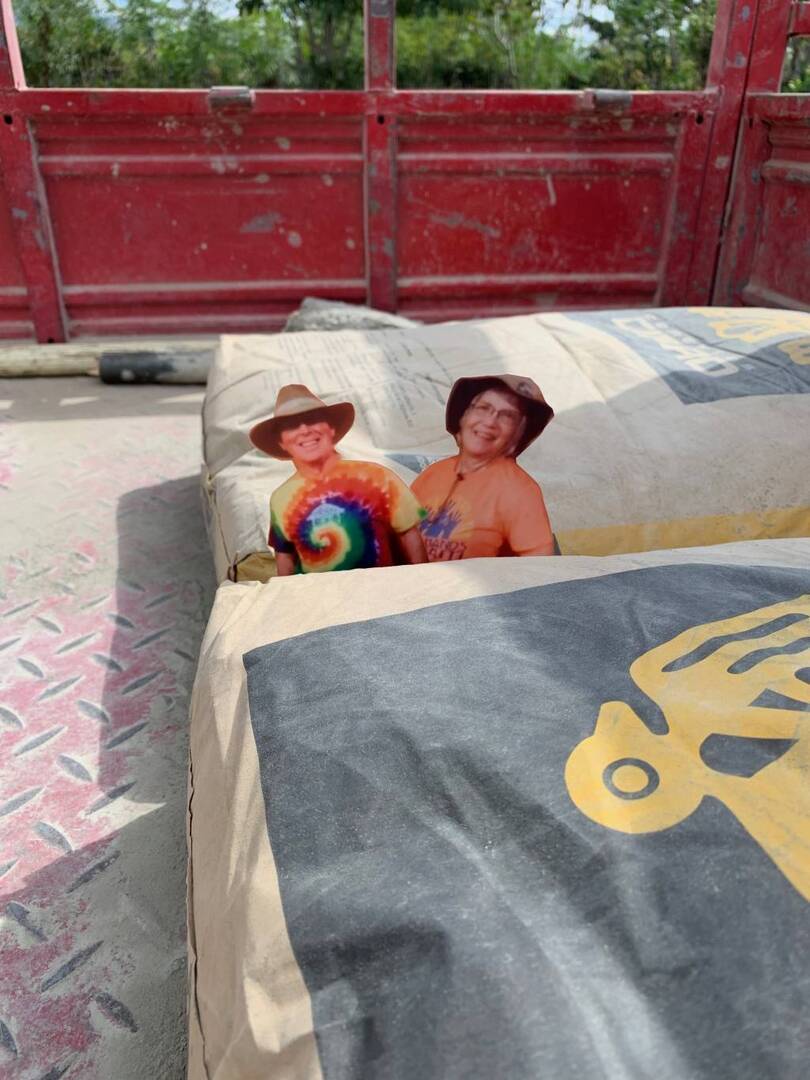 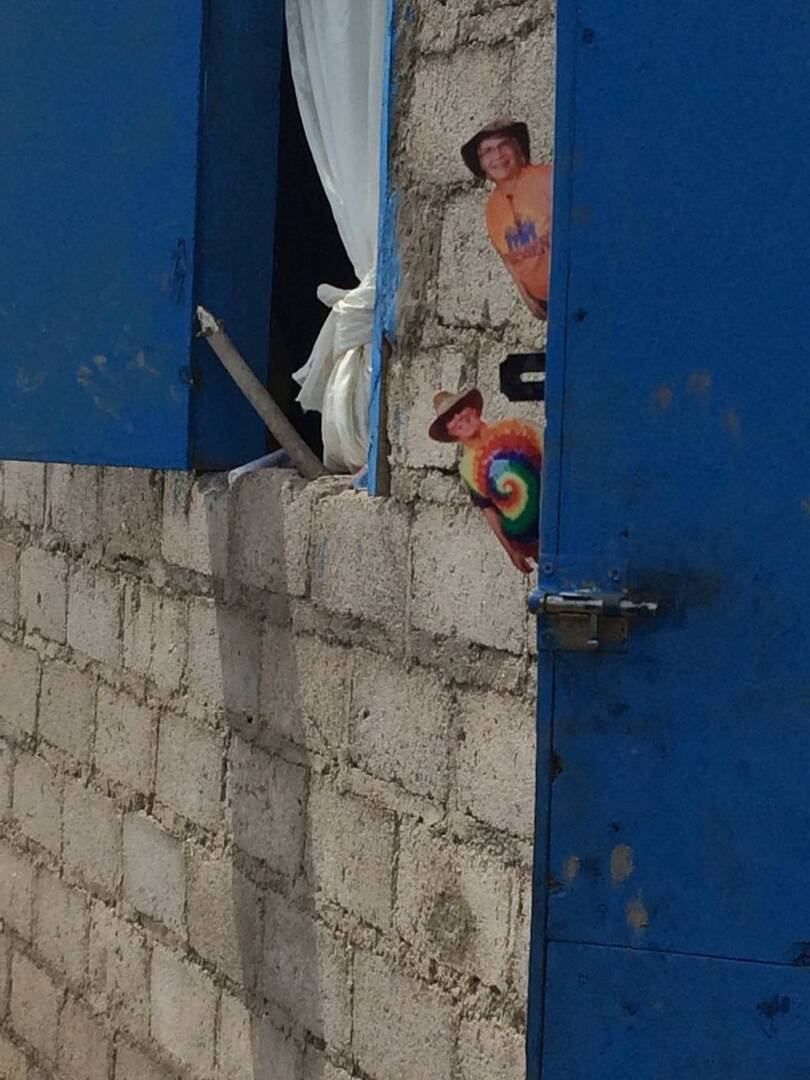 Following lunch, our group split up to do a few different activities. A few people went into Pignon to begin marking the path for the color run. The men mostly worked on building new picnic table benches for different buildings on both the Sylvain and Maliarette campuses. The rest of us stayed in the main building to sort out items for the color blast. We unpackaged creole bibles and placed a picture and note from Hope Church’s color run inside the front cover of each one, placing them into bags for the color blast participants. Afterwards, the group went on to fill squeeze bottles with colored powder to blast onto the runners. 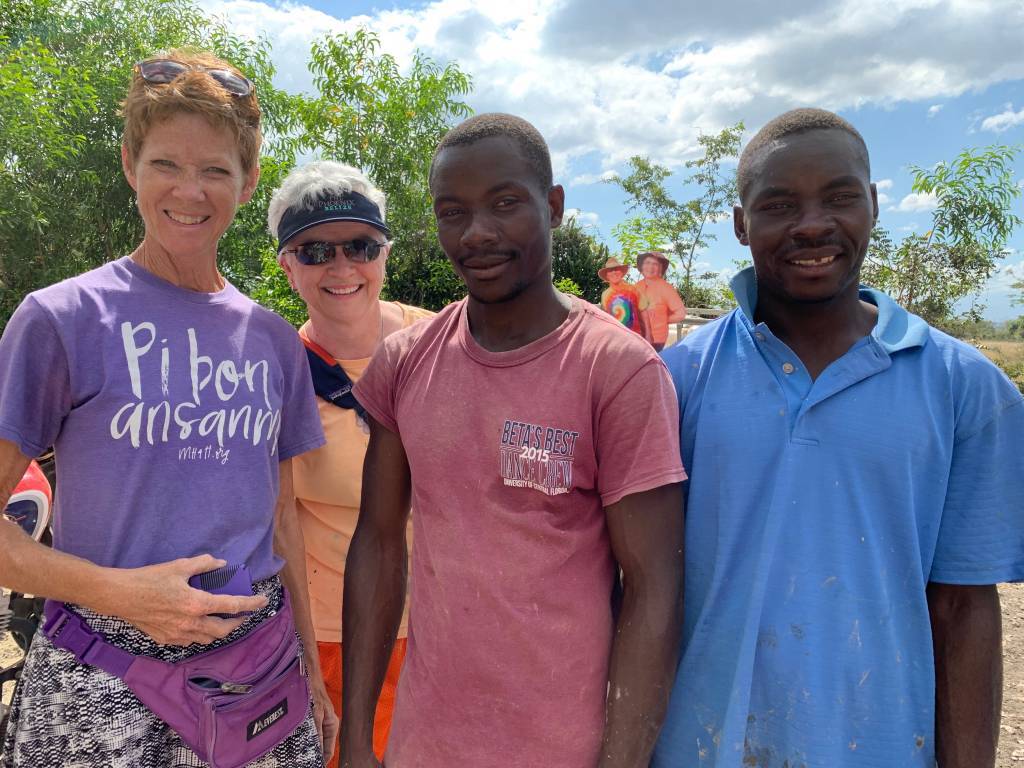 In the evening, some of us went over to a building on campus to clean and prepare it for the color run because lunch will be served there after the event. Lastly, we blew up balloons and tied them together in bunches to mark stations and decorate the run.

Here is a verse that I observed riding to the compound after our arrival. I feel as if it explains God’s miraculous timing for this trip very well.

“Naked I came from my mother’s womb, and naked I will depart. The Lord gave and the Lord has taken away; may the name of the Lord be praised”, Job 1:21.

Praise God for his blessings in allowing us to make it here. Bondye bon: God is good. 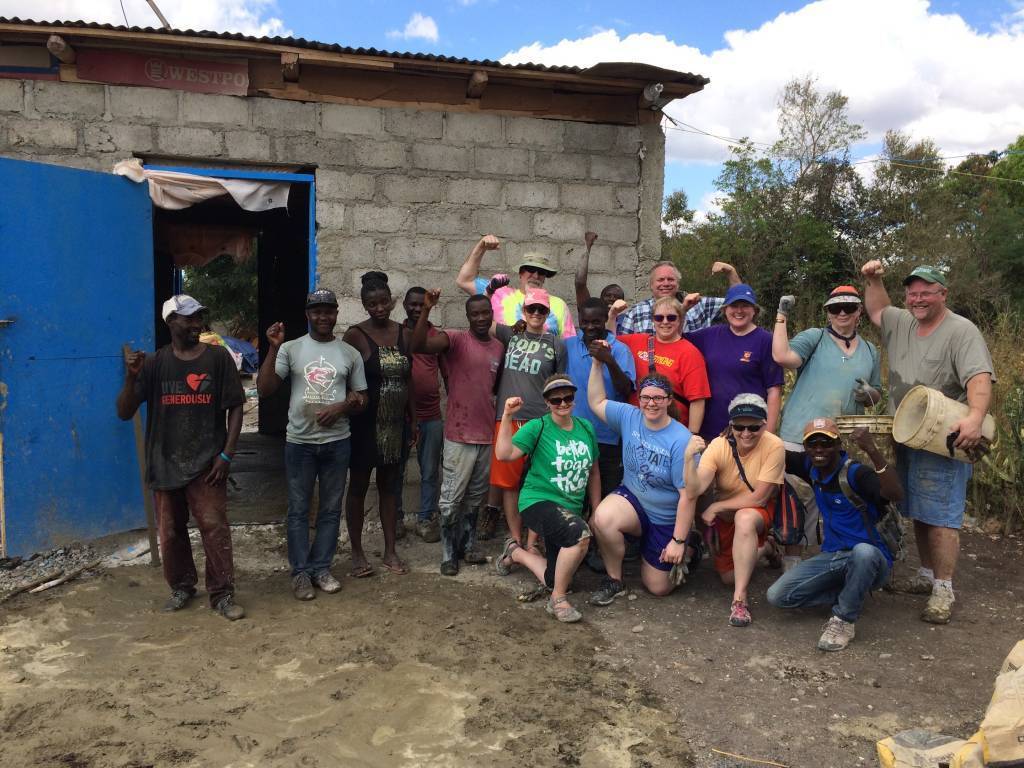