Bill and Nate Heiden from Levo International have recently visited the Many Hands campus in Pignon, Haiti. They spent five days assessing the progress of the hydroponic gardens and overseeing on-site training for Many Hands staff. As father and son worked alongside the team, their resolve was strengthened to see hydroponic systems make their mark in Haiti. Keep reading as Nate describes their findings.

I was thrilled to be able to return to MH4H’s campus in Pignon for a short trip from 5/25-5/31. Spending two months in Pignon earlier this year as Levo International’s Field Scientist, I worked on the hydroponic farming systems we are developing on and off campus. At that time we installed a number of new protocols for maintenance of the systems and for communication between Haiti and the U.S.. We have made great strides in the months since and we are growing more excited about the potential Levo’s system have to reduce food insecurity in rural Haiti.

Our resolve to improve these systems and their effectiveness was strengthened for us when we were able to sit in on a MH4H all-staff meeting.  We heard repeatedly how farmers are losing many crops, generally their only source of food and income, to inconsistent rain and water access. It was stated during the meeting that agriculture is the engine that drives the economy, and water is the fuel that powers the engine. Given that soil erosion is also a major problem in much of Haiti, a very good response to these issues is hydroponic farming which is not dependent on soil, has the potential to produce greater crop yields per area, and can use up to 90% less water. 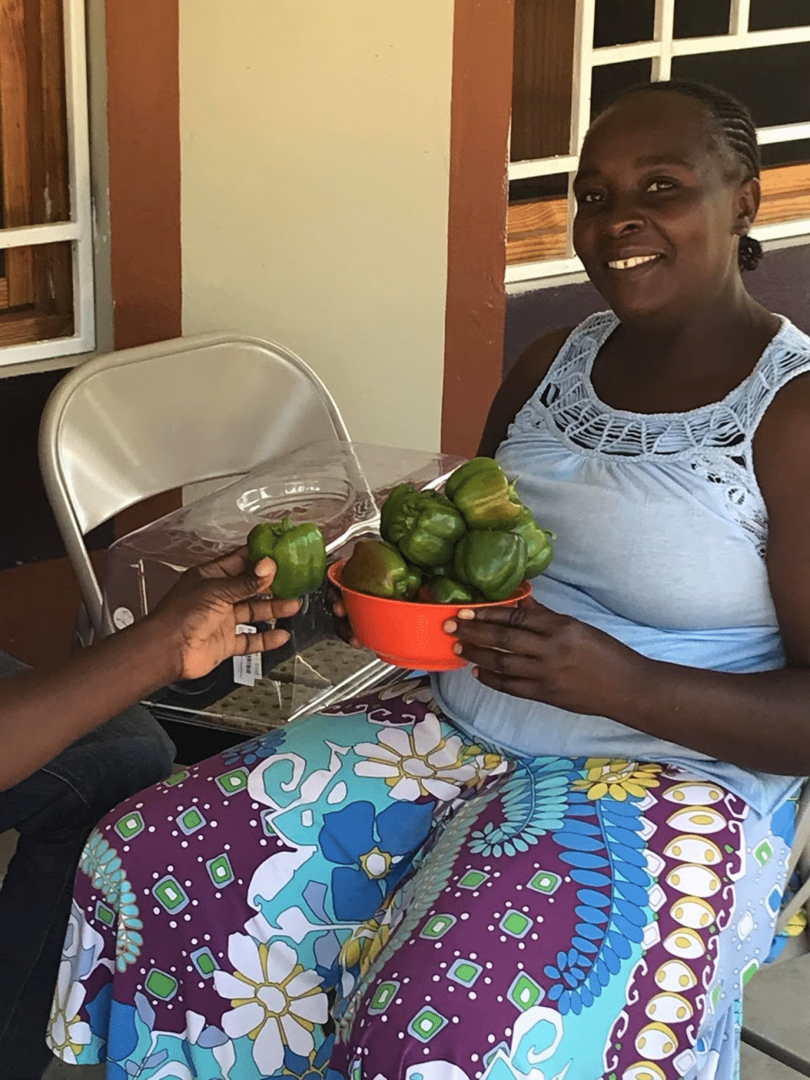 Agronomy Technician Dunerose with some of the recently harvested hydroponic peppers

Like so many other issues, adapting our U.S. hydroponic systems to the conditions in Haiti is challenging. In particular, pests and diseases we do not encounter frequently in the Northeastern U.S. are more virulent than we initially hoped. We have made significant progress on these issues in the last few months. For example, with the help of Claudin, MH4H’s head agronomist, we introduced a pesticide that has been widely effective so far. On this trip I led a training that included planting seedlings hydroponically, instead of from soil, which will eliminate soil-borne diseases from accessing the hydroponic systems. We were happy to have a harvest while we were in Pignon as well! We harvested over 40 peppers from a couple systems and we had 150-or so tomatoes very close to ripened. It was exciting to see such a harvest even with disease and pests being present. 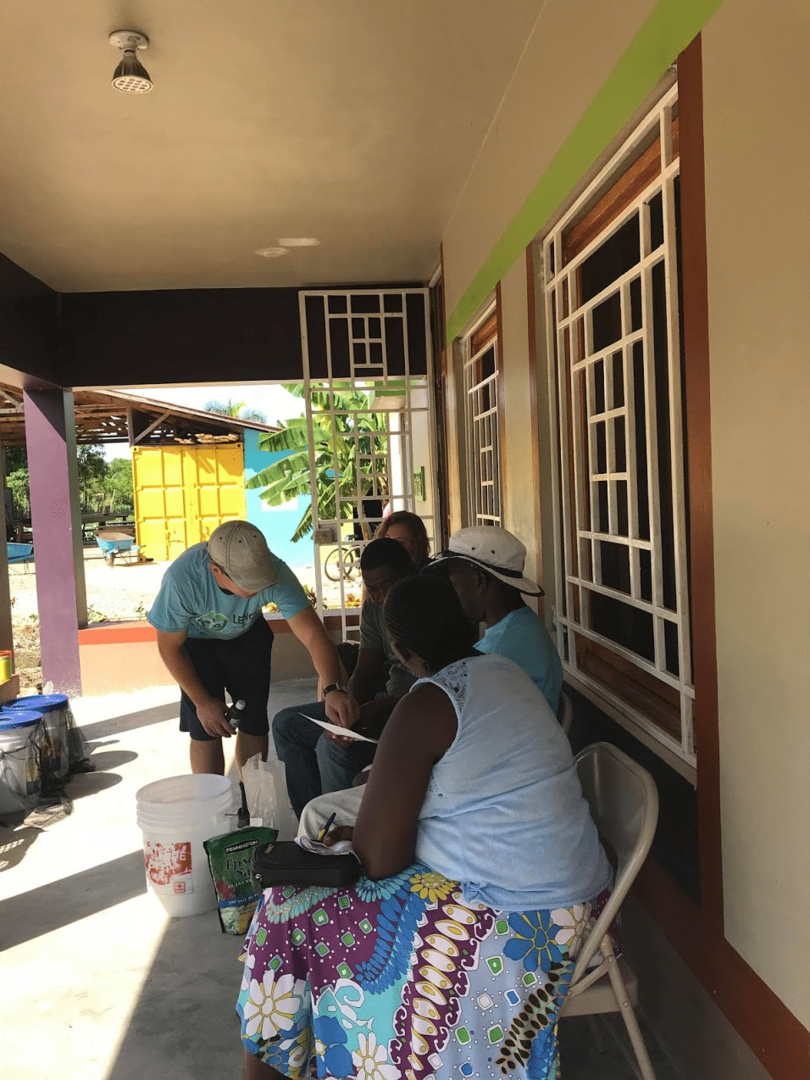 It is always amazing working with MH4H. We love being in Pignon at their truly beautiful campus. Micah Aurand has been immensely helpful since she joined our team a couple months ago. Her coordination of our communication is especially invaluable as we work internationally. Augustin Claudin, Marcellus Kely, and Dunerose Bien-Aimè have formed a powerhouse team. Their dedication to taking data, working on the systems, and problem-solving is really fun to see and has provided us with important information that has allowed us to make vital improvements in the way we operate. I am extraordinarily thankful for Many Hands for Haiti and their continued support of our mission at Levo International. I am very excited and optimistic about the future for us.