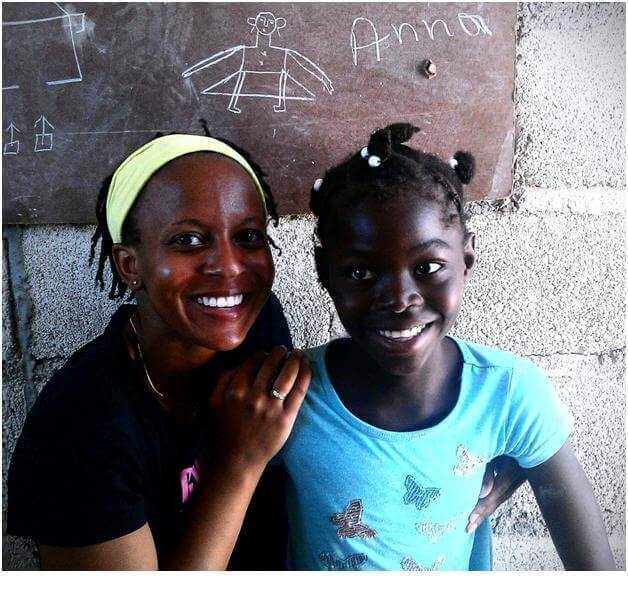 Blog is written by Anna Selser, a 22 year-old from Bettendorf, IA, who is at our grounds in Gonaives, Haiti. Anna attends Mt. Zion Congregational Church and has a degree in engineering. She has spent the last two weeks in Haiti working with our programs.

I can’t believe today is my last day in Haiti. The past two weeks have gone by so fast and the kids at Etoile have touched my heart so much I feel like I’m leaving family. I’ve fallen in love with each and every child here, I love dancing with them, playing games with them, and just hanging out. I’ve been a camp counselor before and worked with other kids groups in the past, but I have never felt such a connection to a group of children and young adults. 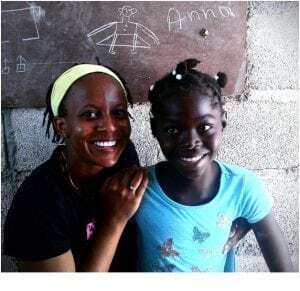 Saying goodbye to the young ladies in the Girls Empowerment Program was definitely the hardest. However, my last few days with them have included some pretty awesome experiences. Thursday, Etoile supporters Cheryl and Rick Nikkel arrived to Gonaives for a brief visit. They brought a surprise for the Girls Empowerment Program, two sewing machines, donated by a lady named Ellen from their hometown of Sully, Iowa. Cheryl and I had the opportunity to teach these ten girls how to thread a bobbin, thread a sewing machine, load a bobbin, and sew all in one afternoon. I’m sure this is all nonsense to most of you reading this, but let me tell you, it was QUITE the adventure. Especially because the sewing machines were slightly different than the ones Cheryl and I are used to, and naturally neither of us thought to practice using them before the girls came to the meeting. Despite the inevitable mishaps, tangles of thread, and stitches that had to be removed, we all had a great time and the girls were all able to make sashes that could be worn as headbands, belts, or, as they creatively made them into, as ties. There were only two machines and ten beginner sewers, so naturally the lines to sew were quite long, but the girls never complained. Their faces were all smiles the whole time, all saying, “I am so happy!” I had taught them the phrase in English earlier that week, so I was doubly excited that they were happy and also that they were retaining information.

My one prayer going into this trip was to somehow make an impact during my time here. Before I came to Gonaives I didn’t know exactly how I would accomplish that, what that impact would be, or how I would go about achieving that objective. It was very vague. However, after my last weekend here, it’s become very clear to me that I really have left an impact, especially with the young women of the Girls Empowerment Program. Those girls have thanked me after every lesson, have taken the time to do my hair on a couple of occasions, have taught me Creole, some of them have taken me to meet their families, and have shared their Hymnals with me in Church so I can follow along to the Creole songs. In small ways like this they show their love for me every day.

On my last day I wanted to do something special with them so today we went to get ice cream. Haitian ice cream is delicious, by the way, in case you were wondering. I was thrilled to provide a treat for the girls after all the dedication they have given in their English classes in the past two weeks and also pretty ecstatic about the air conditioning. Following the final English lesson I had with the girls, each one came to the front of the room and thanked me for leaving my country to come to Haiti, for teaching them English, and for just spending time with them. As touching as this was, the moment that really struck me as leaving an impact was when a young man who had been sitting in on the English lesson spoke. He said that he’s never seen an American connect with the girls so well, that all the things I did with them while I was here were very positive, and that he was jealous there was no group for boys.

I’m not sure why it took a male perspective for me to really get it. Maybe it just took an outsider’s viewpoint to open my eyes. Whatever the case, now that I’ve made a difference in these girls’ lives and formed a deep connection with them, how could I possibly stay away? I’d definitely love to come back as soon as possible and in the meantime work to help out these girls from abroad.

I hope any readers will join me in upcoming efforts to fundraise for the girls’ program to bring in speakers, create field trips, and offer more cooking and sewing classes in an effort to continually improve this program and brighten their future.