Upon my return to the States, I spent the required two-week-long self-quarantine in my parents’ home just outside of Newton, Iowa. I am very happy to report that my family was willing to risk exposure if it meant having me home! This quarantine period was the perfect chance to catch up on rest and a decent amount of Netflix as well. It was during this time that a family friend shared a challenge on social media – “Name a good thing that has come out of the Coronavirus pandemic.”

As you may know, on March 5th, 2020, the country of Haiti was again increased to a Level Four Travel Advisory – Do Not Travel – by the U.S. government due to political unrest and crime centered in the main cities. Two weeks later, March 19th, the Haitian president announced that the country would join much of the rest of the world in lockdown in an attempt to protect its citizens from the Coronavirus spread. These major events meant that the ministry would not be receiving visiting teams and the Many Hands programs would be paused until the restrictions were lifted. By this point, arrangements were already made for my return home. (Click here to see Many Hands’ response to Covid-19) 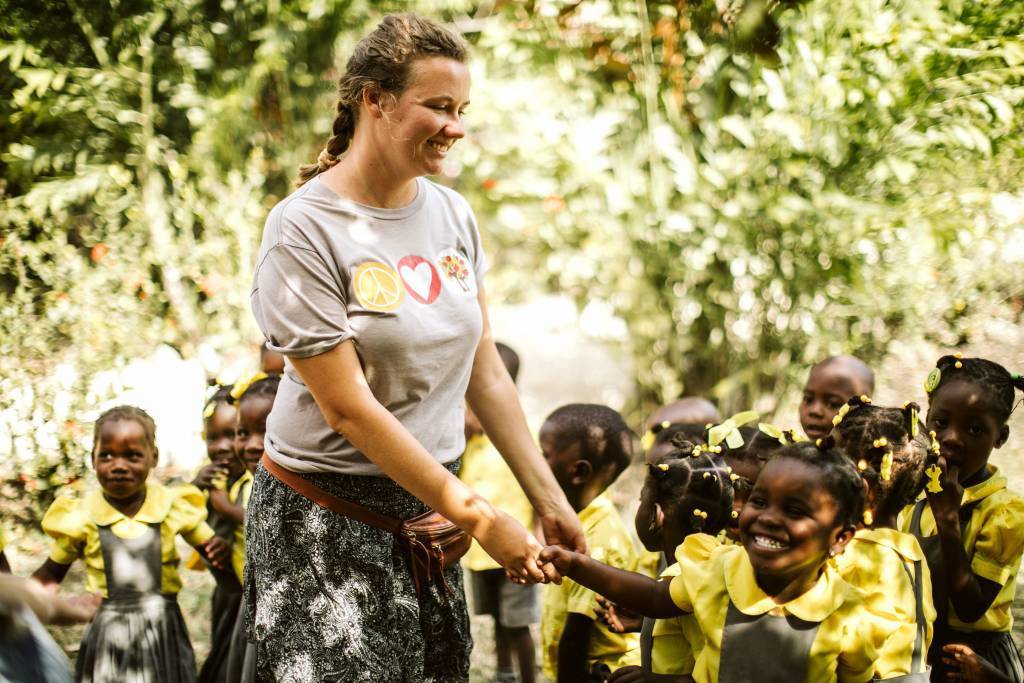 Visiting with school kids a few weeks before the shutdown

On Friday, March 20th, I found myself sitting on a grass airstrip seeking shade under the belly of a Douglas DC-3. I was among 19 passengers waiting for permission from the Haitian immigration office to board the plane and return stateside with Missionary Flights International (MFI). Hours passed but permission never came. With the sun inching its way closer to the western horizon, the MFI pilots were forced to return home without passengers.

It is an understatement to say that my emotions were raw as I watched the plane taxi down the runway without me. My spirit was utterly deflated, my heart was homesick, and nobody knew when we would be allowed to return home. I didn’t fear the virus or the travel advisory…I simply missed my family.

“God,” I whispered, “I still love You. But I am not happy with You right now and I don’t want to talk about it.”

I know that I was not the only person feeling defeated and heartsore that evening. The MFI staff, Many Hands Director Tim Brand, and many others prayed and fought hard for us to return home that day. It wasn’t meant to be. 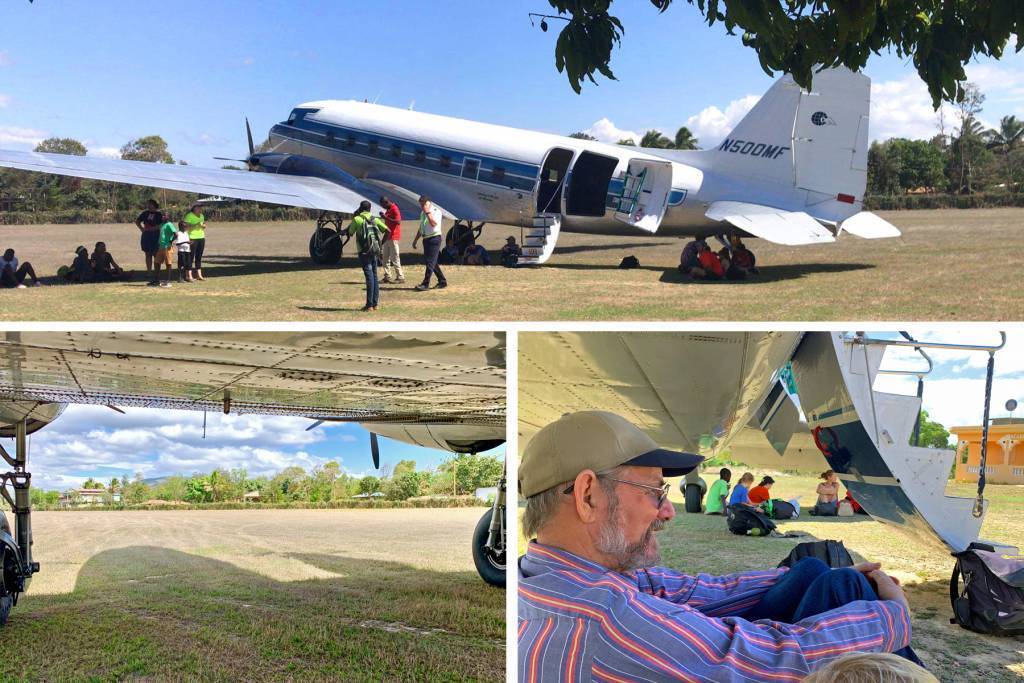 Seeking shade under the plane

Over the weekend, I found myself being comforted by the Holy Spirit as His peace soothed my spirit. I began counting our supplies and preparing our living quarters for an extended period of unknown possibilities. A mental to-do list began forming: water the gardens, paint the pantry, organize the closet, etc.. None of these tasks were actually accomplished.

Four days after our attempted flight out of Haiti, I received a text from a friend and fellow-missionary who lived twenty minutes down the road. She had found a commercial flight which was cleared to fly from Port au Prince into Miami that very day. Her husband had secured a plane with Missionary Aviation Fellowship (MAF) to fly their family from Pignon to Port au Prince. If I met them at the Pignon airstrip in two hours, there was room for me to join their group. Pure excitement filled me, not only to be going home but for the chance to fly with MAF!

The first missionaries I ever met were the Appleby family. The Appleby’s were MAF missionaries stationed in Indonesia but home for a year-long furlough. I was seven years old at the time and their stories seemed larger than life. As the years passed, regular newsletters from the Appleby’s opened my eyes to what God was doing around the world. I often thought about what it might be like to visit places only accessible by plane to share the Good News.

So when my friend’s offer came to join them on the MAF flight, I couldn’t believe the opportunity! Amidst much of the world navigating crazy events, it seemed that God had planned this special once-in-a-lifetime gift just for me. 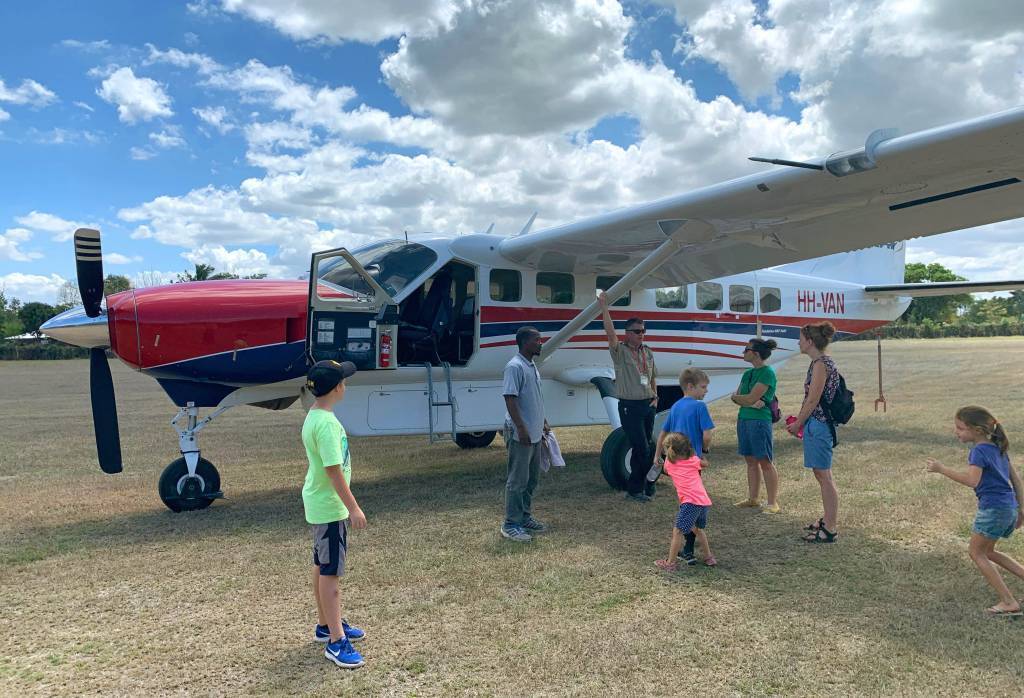 About to board the MAF plane

So I am going to give you a similar challenge to the one I was given in March. Name something good that has come out of the difficulties you are facing this year. Whatever it is, give God the glory for it.

“Be anxious for nothing but in everything by prayer and supplication, with thanksgiving, let your requests be known to God; and the peace of God, which passes all understanding, will guard your hearts and minds through Christ Jesus.” – Philippians 4:6-7