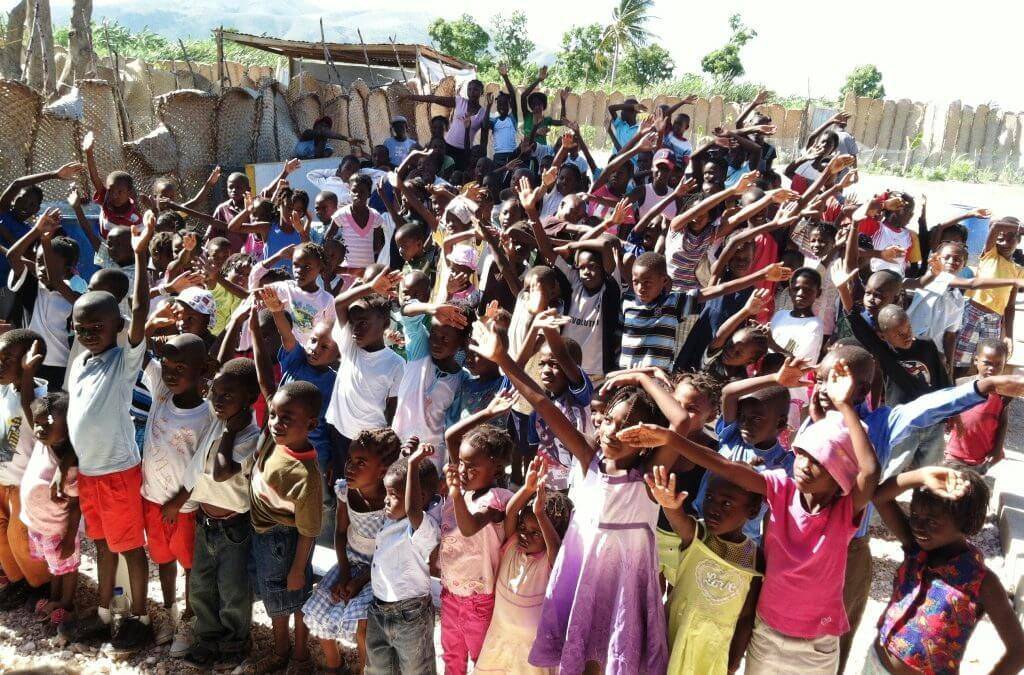 This is written by Katy Lowe, a member of the ISU trip of 6. She is serving in Gonaives, Haiti this week. This is her first time in Haiti and serving with MH4H.

Today was a crazy day. We had a lot of new experiences that were very eye-opening and exciting. We started our day off at the school where we taught English, tag, and how to make beaded bracelets. We started with the bracelets and had each kid braid hemp strings and put beads on and then we tied them around their wrists. We then split them up into two groups where we focused on reviewing the previous days’ material. They reviewed the alphabet, numbers, and parts of a classroom. After that we took half of the kids and put flags on them. Instead of playing football we played tag because they do not completely understand the concepts of football. The kids got really into the game and it turned into a very long activity. After the second group got to play, we ended up having each group play again for a total of four games. The kids were hungry after their morning activities so we fed them and they went home.

We took a tap tap to town where we got to experience our first Haitian market. It was nothing like we expected. We went around and looked at a lot of different things. Colt found a Haitian flag, Kyle bought a machete, Allison bought a doll, and David purchased a very large bag of coffee. We saw so many different people and different things; it was all very overwhelming. After our experience at the market we went back to the house to rest for a little while before going back to the land for the soccer tournament’s final game. The game was very exciting and had a lot of fans show up to view the game. While at the game, Allison scraped her foot open but she had a lot of TLC and was diagnosed as fine. After the game, we came back to a delicious rice dinner and another night on the roof of the house staring at the stars.