Our fifth day has come to a close after a very early start. This morning promptly began at 4:30, as we began preparation for our hike up Mount Pignon. Bringing only our water bottles, sweatshirts, granola bars, and flashlights, we headed down to the truck which would take us to the base of the mountain. However, we had to make a slight adjustment to our plans, as the truck that was planning to take us into town refused to start. This meant we would have to hoof it to the base of the mountain. 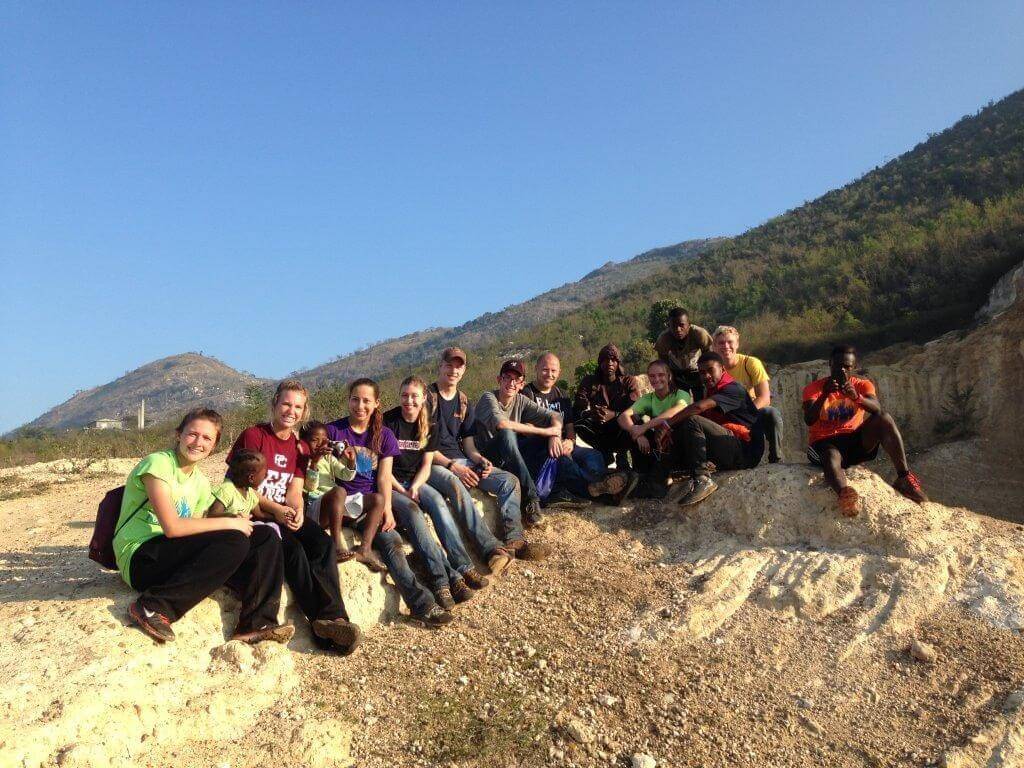 As we began ascending the mountain, sweatshirts were quickly shed due to the sun peeking over the horizon. For some, the trek was physically challenging, while for others, it was a great chance to get out and enjoy the beauty of God’s creation. As we reached the peak of the mountain, the sun laid low in the sky; we had just missed its morning splendor by a few minutes. We climbed to the top of an old maintenance building, and we looked out over the valley and city, still covered in a blanket of fog. Taking in all the sights, sounds, and smells, we enjoyed a snack of granola bars. After a while, we began our descent which proved to be more treacherous than our previous ascent. Finally reaching the bottom, we were greeted by a group of children from the city who said good morning by grabbing our hands and shooting us contagious smiles.

After some time passed, we set off for the animal market, where we proceeded to purchase six goats for some of the team members’ sponsor children. Each goat was thoroughly inspected by Mitchell Eekhoff, making sure they were physically up to par. While the rest of the team watched helplessly from the sidelines, our truck, that wouldn’t start earlier, showed up in the market to take us back for a breakfast of toast with peanut butter, bananas, and eggs.

Following our meal, we gathered more things and headed out to experience market day in Pignon. Unique scents and sights filled our eyes and ears, as we trod between different stalls and booths. Once we returned to the compound, it was time for lunch. After lunch, it was apparent that nothing was going to be accomplished; everyone was wiped. It was a group decision to cancel the afternoon activities and substitute them for a community nap time. This was greatly appreciated by everyone. Three hours later, many were awakened for supper by the sound of the dinner bell.

Refreshed and rejuvenated by sleep, spaghetti, and rice, we were ready to greet the children coming in for movie night. Meeting kids at the gate, we sat with them on chairs and benches which we had put in the courtyard right before, along with the projector used to watch The Lion King. Once the movie had finished, and our time with the children had ended, the team headed up to share laughs and songs over card games and snacks.

Watching ‘The Lion King’ in French

The end of the day has brought many sleep ridden eyes, but also a great deal of memories of children’s laughs, Haitian culture, and God’s beautiful blessings through creation. Well folks, that closes day five in Haiti. Good day and goodnight.