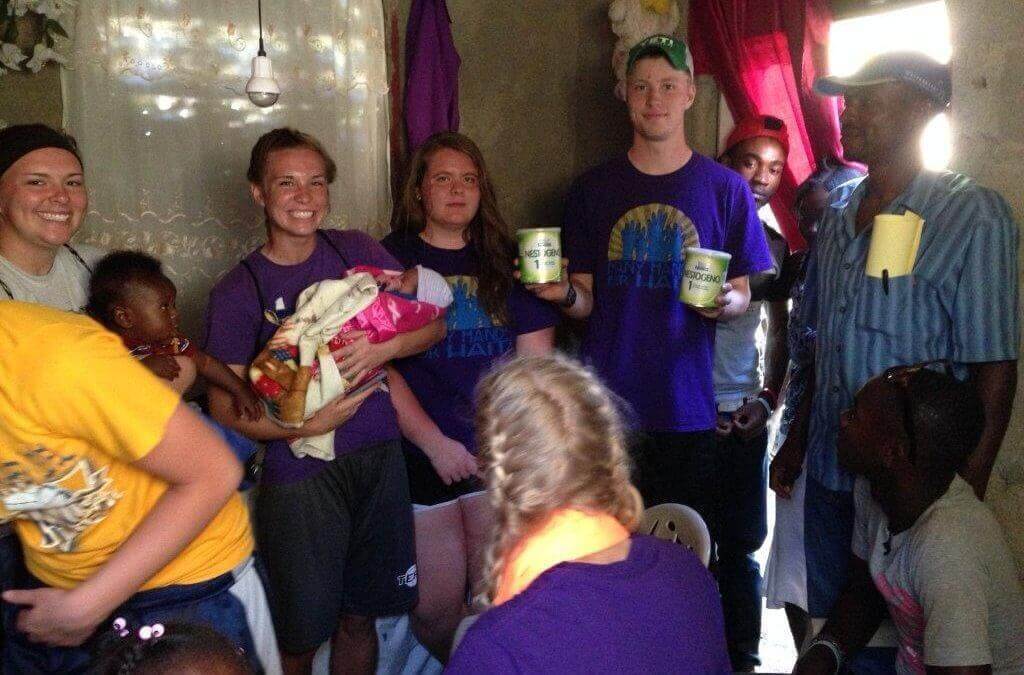 Day 6 has come and gone far too fast! Our team woke up to the sweet smell of a gourmet Perkins breakfast, and by Perkins I mean the delicious arrangements of Craig and Christi Gabhart. We attended a 3 hour long service at the Church of Christ in Calbasie. The service was about the life of Daniel and God’s protection. Even though we couldn’t understand the songs that they sang, we appreciated the way a group of 5 women could fill a room with a song of praise. We presented our skit about David and Goliath in front of the church and sang Amazing Grace with the congregation.

We handed out a couple of toothbrushes as we headed out to the restaurant in Pignon. We all ordered a plate of rice and beans with a side of chicken leg. We stopped at the compound to pick up food for our distribution and split into two groups each with five meals (bag of rice, bottle of oil, beans, spaghetti, and bouillon).

Lunch at the local restaurant

The juniors met with a 21 year old boy, Daniel, with a condition that kept him from moving his hips. Then a lady with a heart condition that had caused her to lose 50 pounds in the last six weeks. Then there was a family of seven with a young boy that was diagnosed with tuberculosis, having spent six weeks in the hospital. The juniors final house was a family of eight that lost their house to a fire in October.

This family will receive a new house

The seniors visited three poor family’s houses to bring food. The fourth house had four kids who lost their parents within the last year and none of them had jobs. The seniors final house (and most emotional house) had a three day old baby that was nameless due to the fact that wasn’t able to breastfeed and weren’t able to buy formula. Mitchell went to buy all the formula that the shopkeeper had for about 22 dollars for the baby. 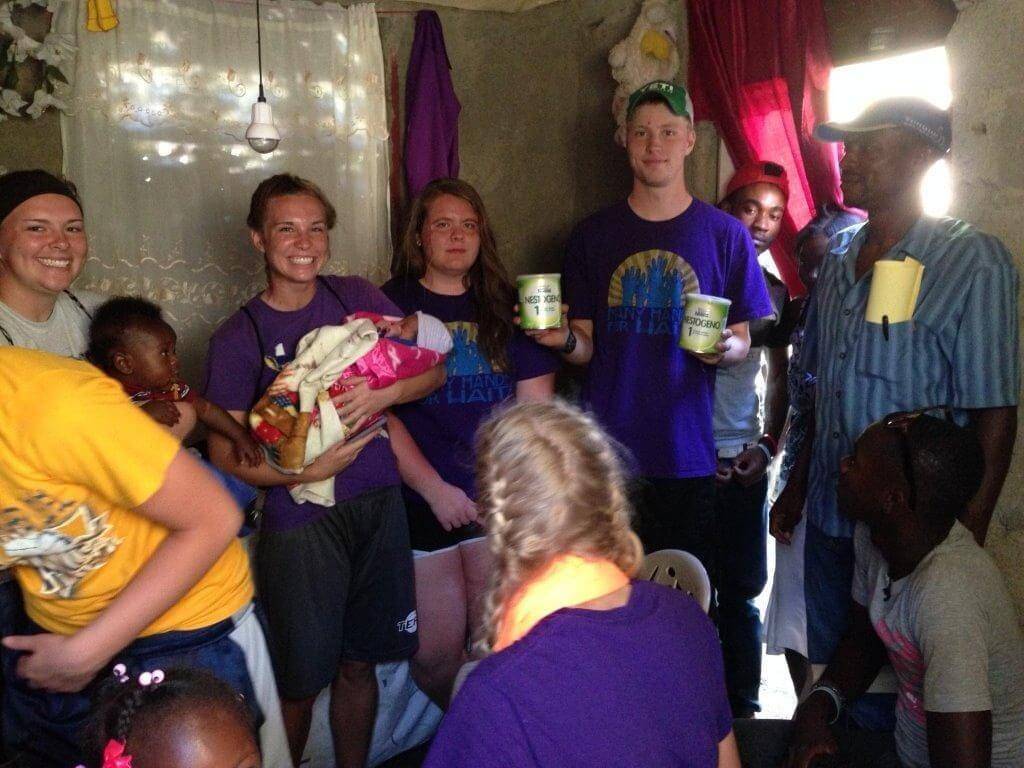 The team with the 3 day old baby

The next stop was at the orphanage run by Bill and Jennifer Campbell. We took a tour stopping by the boys crowded bedroom and the girls colorfully decorated bedroom. The girls warmed up to us enough that they allowed us to join their game of dodge ball.

Then we had to have our big soccer game before the sun went down. We had seven Americans and help of Woodson to end the game tied three to three. The rest of us not playing in the game played with our estimate of 50 kids. After our game, every person ran down the road with 3 or more kids, yelling and screaming.

We ended our day with a delicious Olive Garden meal of spaghetti and garlic bread, and the viewing of the movie “The Terminal”. Thank you to everyone that has supported us as we work in God’s name in this country. We feel very blessed with such an amazing opportunity to work with these people. Bon Nwit or Goodnight.