The team has spent the day following up with PET cart recipients. By visiting familiar faces, they are distributing food and encouragement while strengthening relationships. The team has also been doing much needed repair work on old carts. Back on campus, Twyla Van Wyk is working with local seamstresses in the Bundled Bottoms program to create a larger prototype better suited to the growing children of our First 1,000 Days program.

Carol, Pete, Harold, and Christi distributed food to 3 families who had previously received a PET cart.  One of which, got the first cart that was distributed two years ago and it was in good conditions. Then we went to La Belle Mer and distributed 4 carts.  There were two more recipients but the bummer of the day was that they weren’t capable of operating the carts.  One of those recipients left the location riding a horse so he does have transportation.   Along the streets of Pignon we met two previous cart recipients and took one cart and parts of another back to the MH4H campus so we could repair them.  It is great that there are numerous repair parts at the campus.  We have also had to take a few parts off a new cart to fix a broken one. 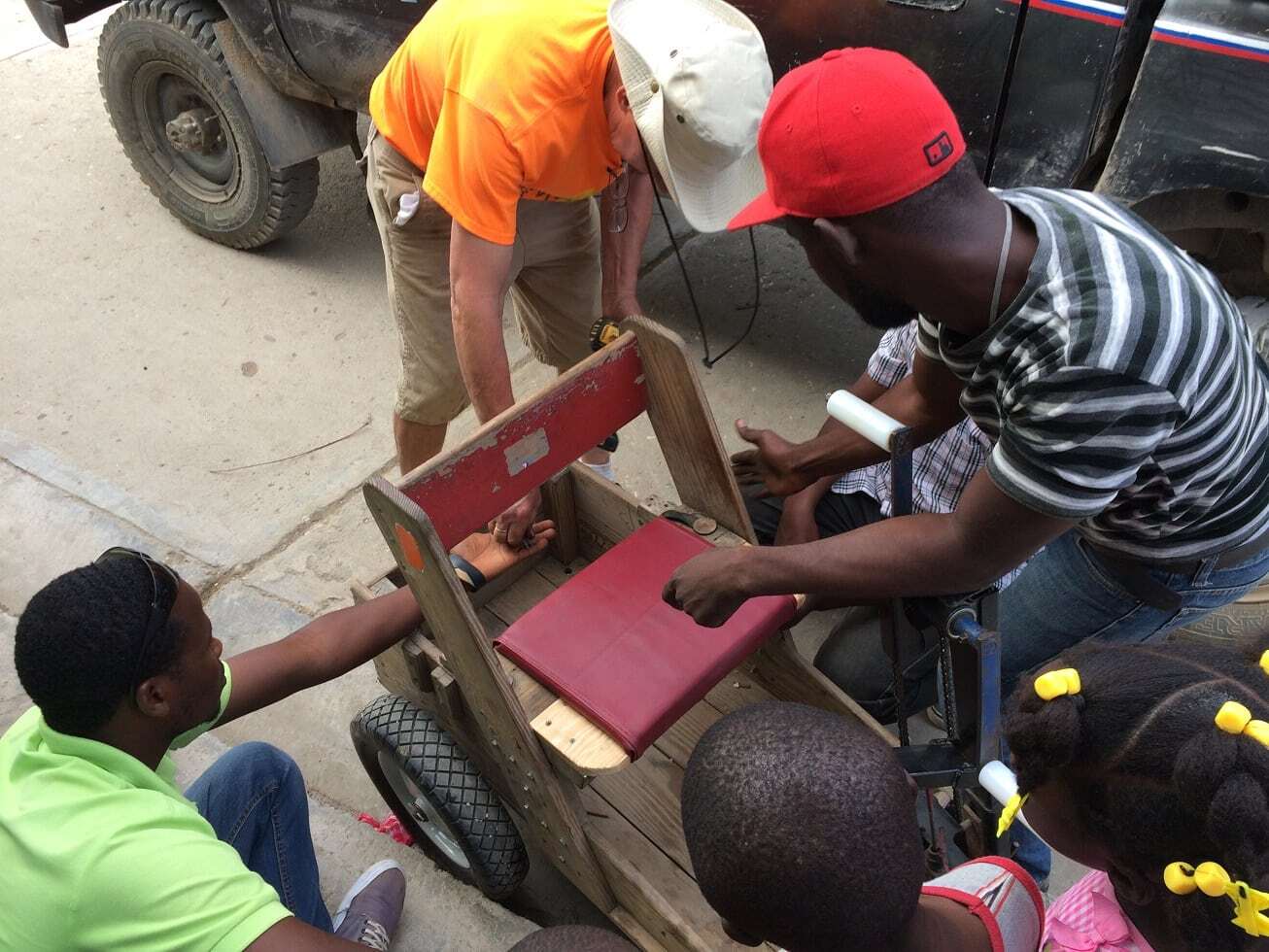 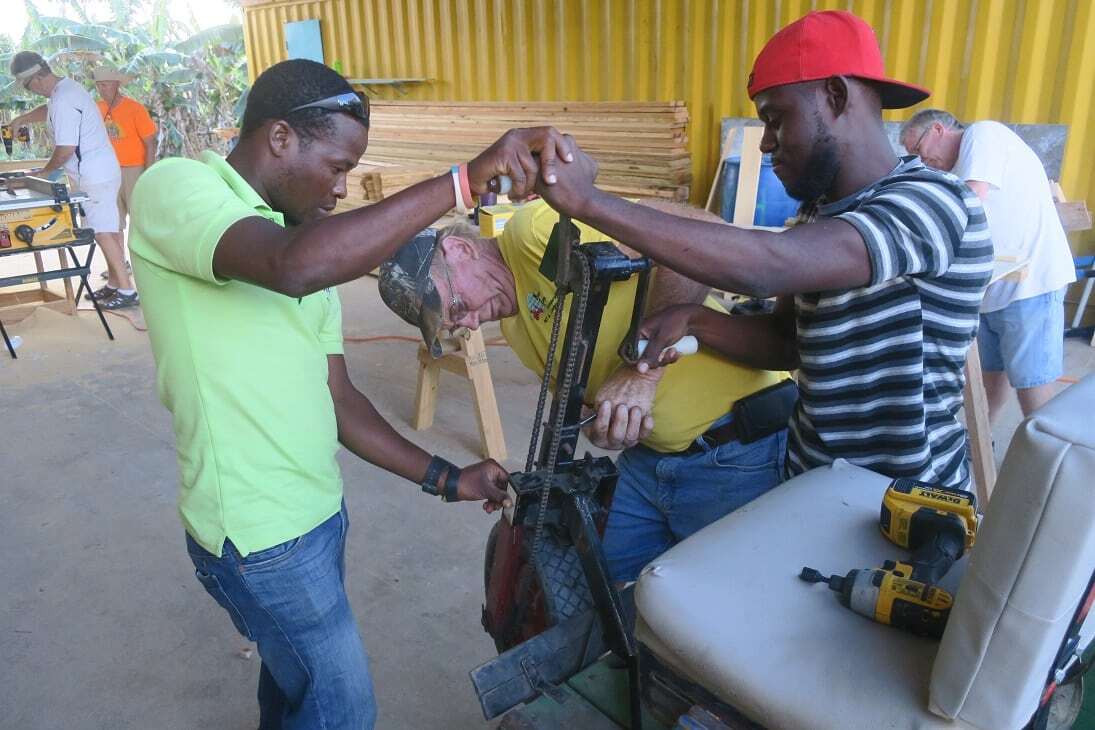 In the afternoon we were able to distribute some food to the family that we sponsor for their health care.  They remembered us from last year and the 4 boys have really grown.

Twyla, aka The Diaper Queen, stayed at the campus and worked on diapers.  The mothers of infants in the First Thousand Day Program want bigger diapers.  Twyla worked on making a larger pattern and will be sewing it tomorrow.  In the afternoon a local seamstress came with two packets of diapers she had sewn.  She hadn’t sewn for a while because her sewing machine was broken but is now repaired.  It is a win-win deal, the woman make money sewing diapers and the baby’s bottoms will be covered!!

We ended the evening with a couple of rousing card games.  There was a full moon but we forgot to look at it. 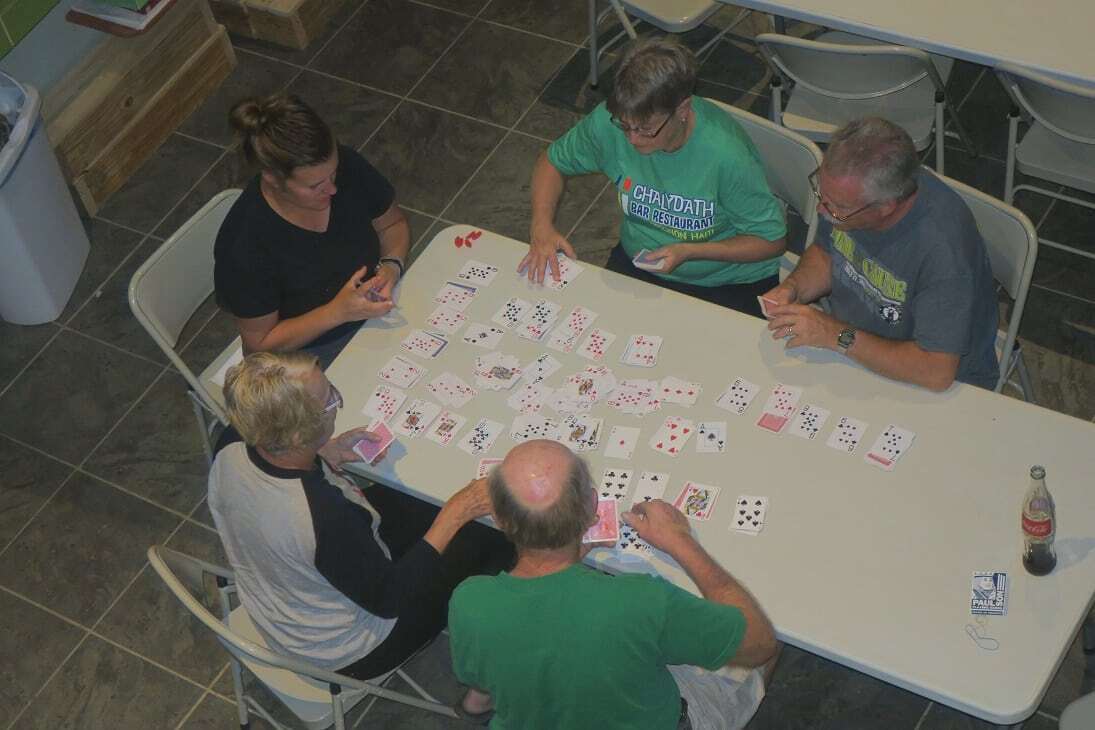