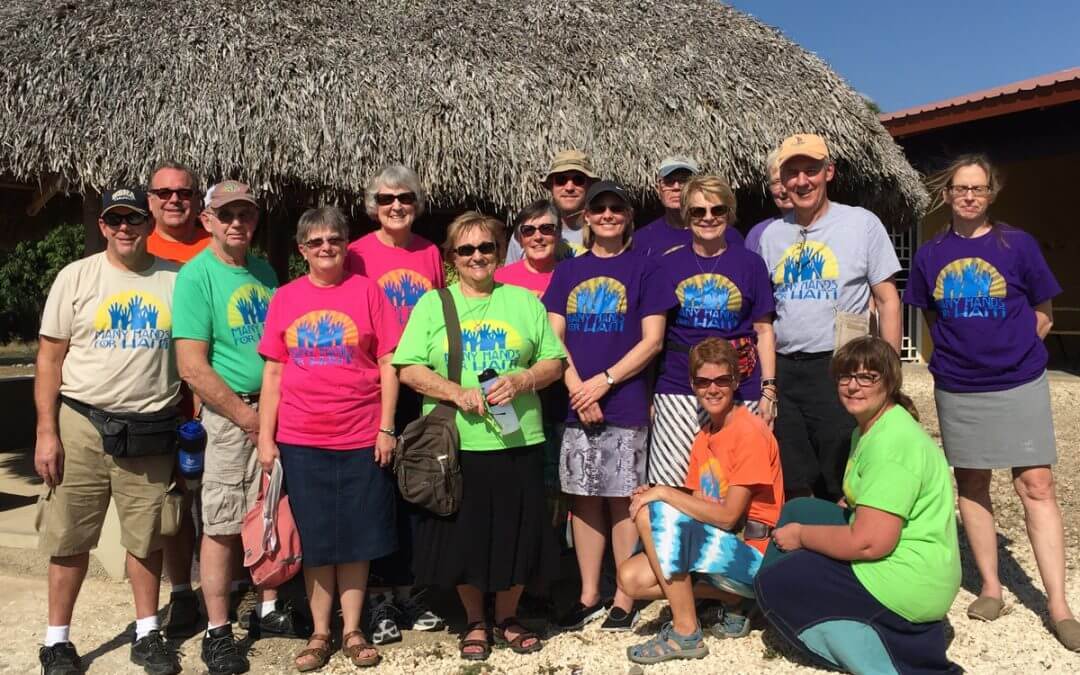 The PET team learned of many harsh realities, faced every day in Haiti, during the week. On their last day, they witnessed God’s blessing amidst all the trials.

Catch up on the PET Teams day 6 here.

Today was our last full day in Haiti. While it is sad to leave, it has been a week full of hearing life changing stories, walking in the shoes of the Haitian people, learning about their culture, and seeing hope for the future of this beautiful country.

Our group split up today. The majority for the group went to distribute PET carts in the town of Hinche.

The other group visited Haiti Home of Hope which is operated by Jennifer and Bill Campbell, from Missouri. Haiti Home of Hope provides a feeding program every other Wednesday to malnourished children. The children are monitored by being weighed at each visit, then provided food packets from Food from the Heart. Others receive bags of rice and beans. The organization also offers a milk program in which they provide a can of formula milk to families with babies and toddlers who are in need of food and nutrition. We heard stories of the needs from many families for food and medical needs in the community. It is a heartbreaking reality: seeing a mother choose which child they are going to feed more than others, which results in one suffering from malnutrition, simply because the family does not have enough food. Haiti Home of Hope also supports an orphanage for children of all ages. Jennifer and Bill open their home and heart to some many children and their families whom are in need.

The day also included watching the preschool class of Many Hands for Haiti say the pledge of allegiance to the flag to begin their day, and end their day on the playground laughing as they are swinging on the swings.

In Hinche, a town 15 miles away (about an hour and a half from the MH4H campus), 35 PET carts were given, from two distribution sites, to those who desperately needed them. One of the sites has now become an official association, formed in the last year (since the first PETs were distributed in 2016), to help the causes and concerns of the disabled. A full third of the group were unable to sign their name since they have never learned to write.

One ten-year-old girl has been disabled since the earthquake in 2010. She had been buried for 3 days and lost her ability to walk. Now today, in the name of Jesus Christ, she “picked up her mat and walked” for the first time. Many have been in accidents working in the garden (fields) or from a motorcycle accident. Others had an illness that went untreated, causing paralysis. Others still were born with the disability. Five were given to children.

Two of the PET cart owners. On the right is an Albino Haitian

JP had a different story. He believes his legs were lost because of a voodoo curse. Our team prayed that he would know the truth and that it would set him free – just as he now has the PET cart to freely move around his village. JP acknowledged that he could finally come out from hiding for the last six years since his accident at work. EG was excited to finally be able to “LIVE” . His new wheels brought great joy to this 46-year-old. One young man returned his cart that had been given to him in February 2016, because it was too big for him, giving it specifically to another desperate man with multiple challenges. His generosity was overwhelming because he did it knowing that it might be weeks until he gets his smaller replacement cart.

Throughout the day, glory was given to God from both the people receiving PET carts and our team who was “Jesus in the flesh”. We cannot begin to describe the smiles on their faces and the faces of their loved ones. These lives are now changed because of the Mobility Worldwide chapters in Leighton, Iowa and Columbia, Missouri (child carts).

Everybody is ready to roll

Catch up on the PET Teams day 6 here.