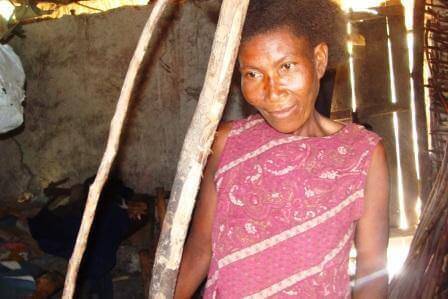 The smell of death is seared into my memory. No matter how much I try to forget it, I can’t, because on March 3, 2013, my world collided with Annalise . Annalise was an extremely poor, middle-aged Haitian woman who lived just north of Pignon. When we met Annalise, she had uterine cancer and was near death. We helped her gracefully walk into the arms of her loving savior. The details of that day are here, “Death has a smell and I now know it”, which I wrote before going to bed that night. Annalise taught me much more than I ever anticipated that day.

I’ve always been fascinated by the life of Mother Teresa. Here was this woman, five foot nothing, born in obscurity in the Republic of Macedonia and quietly serving in a country that is completely foreign to her: India. She received a “call within a call” in 1946, spent the next 51 years of her life serving the poor, the lepers, the disabled, and the dying and through this, she changed the world. She was a remarkable individual, a “pencil in the hands of God” as she would describe herself. I can’t say enough about the woman from the research and readings I have done about her life.

Mother Teresa had a belief that one of the great tragedies against a person wasn’t physical poverty, but rather for someone to believe he or she was alone, unwanted, and unloved. When she saw someone dying, she picked them up and brought them to her home. She gave them food, medical attention, and love, regardless of their religion or the color of their skin. When people questioned her and asked why she would waste her time on the poor, dying untouchables, she said that everyone deserved to die surrounded by love and dignity. No one deserved to die alone, abandoned on some dirty street corner.

Before that day with Annalise, I didn’t fully understand this concept. Like so many Western-minded Christians, I thought my main purpose was to physically save people. We heal that which we can see. What I learned from Annalise that day was that we couldn’t heal her of her cancer, but we could offer something more powerful, much deeper, and more eternal – Christ’s love. We could love her as if Christ Himself was among us, in His most distressing disguise. We could show her dignity by bathing her and helping her be clean. We could provide food for her in her final days, so the pangs of hunger were a little quieter. We could treat her with respect and clean her blood-stained floor. We could be a witness to her neighbors of a love that goes beyond a self-serving nature. We could show that she still mattered in the eyes of God, even though she had no voice in society. 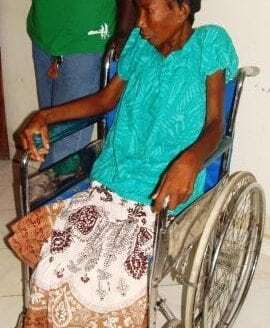 “ To love one another is so much bigger and so much more eternal than I imagined. And it is better.”

Within our ministry, we do a lot of house-to-house visits to thousands of people like Annalise. We know the food we bring will someday run out, the floor we install will eventually crack, and the house we build may at some point fall. But the smiles we flash bring peace a broken spirit. The hugs we give offer compassion. The conversations we have back the loneliness. The prayers we offer ring throughout the heavens. The hope we bring ignites and stokes the soul. The love we share creates a light in the darkness. Jesus said to love one another, not love the whole world. To love one another is so much bigger and so much more eternal than I imagined. And it is better.

Many Hands for Haiti is standing on the shoulders of Annalise and the thousands like her across Haiti, who walk with us in this broken world, challenge our human way of and help us learn to love one another at a deeper level. Annalise, I can’t wait to see you in Heaven. 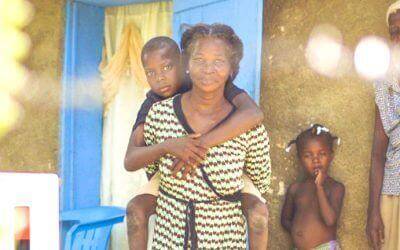 Khaki's Story Healing through P.E.T. Carts Khaki was your average boy, but at the age of four, something changed…Khaki could no longer walk or stand on his feet. This is his story. A visiting mission team were distributing food in Khaki's rural community. They found...

END_OF_DOCUMENT_TOKEN_TO_BE_REPLACED 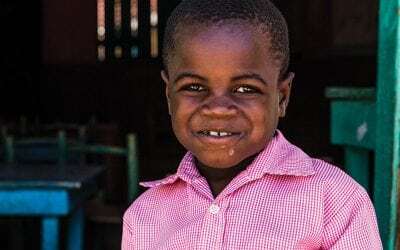 Kerlin's Story A Little Boy's Dramatic Transformation “The program is good for Kerlin and it's good for me. He likes to make me laugh. When he comes home, he hugs me, kisses me and tickles me.” When MH4H staff first met Kerlin, he was only 34.5” tall and 29...

END_OF_DOCUMENT_TOKEN_TO_BE_REPLACED 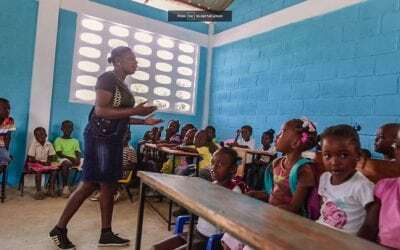 Edlin's Story Inspiring female leadership in Haiti “God will give you all you need to make it happen. You can’t get discouraged when things get tough. You have to be patient so you can get where you want to be.” M rs. Edlin Val plays an essential role in the...