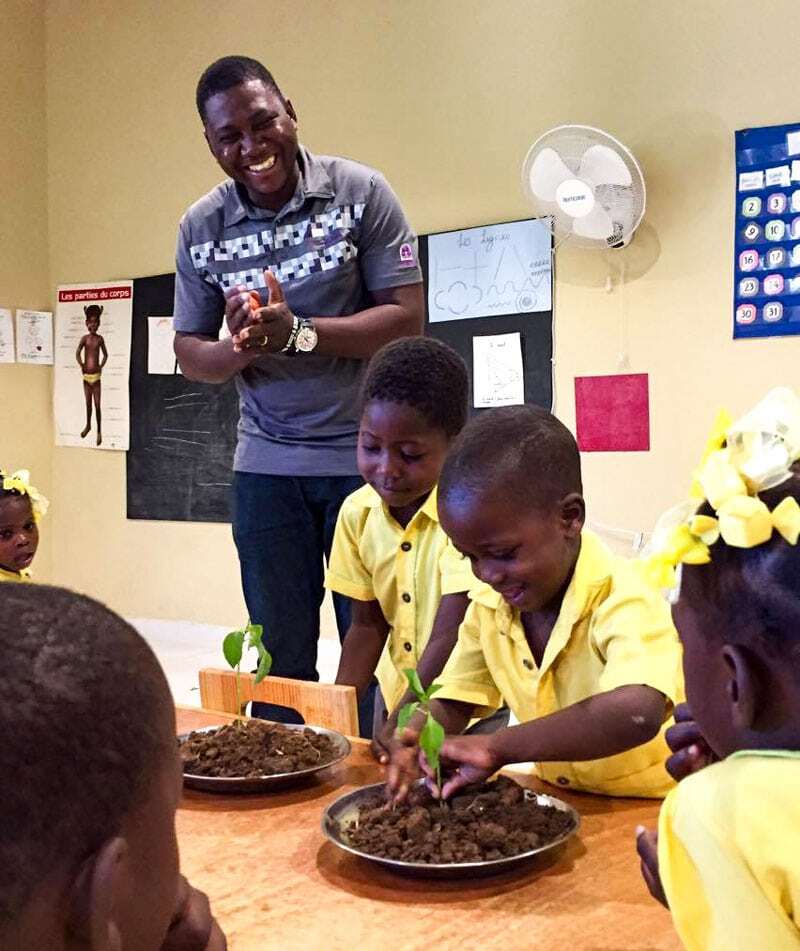 Sitting in Savanette, Haiti, in January 2014, two men ride through the rusted, makeshift tin gate on motorcycles.  The first one through is Jean Robert, one of our trusted Haitian friends who has been on the lookout for potential Many Hands employees. A few months earlier, I shared with Jean Robert our desire to have a top-notch agriculture program, as Haiti had so much potential to grow and raise their own food. In order for this to be accomplished, we needed a high-integrity, humble servant of Jesus, and licensed agronomist to lead our new initiatives. The next man riding through the gate is Claudin Augustin, now our longest-tenured Haitian staff, leading our agriculture projects.

On that day in January 2014, I could tell Claudin was nervous. As well he should have been, as I peppered him with question after question. Having graduated from university after five years of intense study, this was the biggest interview he had ever had. Previously, he had worked on some smaller projects, not as a lead, but as an assistant. He had some smaller jobs here and there, but not the right fit for long-term work. I don’t think Claudin imagined the scale and desire God wanted for Many Hands’ agricultural projects. At the end of the interview, we said we would tentatively agree on a one-month contract, for both of us to see if this was a good fit for moving forward. We shook hands and the next day, Claudin showed up on his red motorcycle, ready to get to work. It now has been four-and-a-half years.

Over the many years working in Haiti, one of my biggest frustrations is seeing how hard people work and how little money they actually make for their labor. It doesn’t seem fair. In 2014, we helped facilitate a study of the businesses in the Pignon area, to help give guidance to better business practices. What we found during this study startled me; most the businesses sold goods for 5% margin. It is extremely difficult to make a living off of 5% margin. As we dug deeper, we revealed the root problem to be the fact that everyone was reselling goods and they were all buying those goods from the same place. Not because they didn’t want to buy from somewhere else, but there was a monopoly on the wholesale business of imported goods into Haiti. Immediately, my mind flashed back to a conversation in 2012 with Dr. Dale Andringa, giving me a lesson on business economics over breakfast. According to Dr. Andringa, all healthy societies have at least one of the three core industries present in society creating wealth. One is manufacturing which, to simplify the teaching, means taking parts and pieces having little value and assembling them together and creating a new product, one which is worth far more than the individual pieces. Thus, wealth creation. Another is mining, taking something from the earth having no value, unearthing it, and then selling it for something far beyond the natural state in the ground. Again, wealth creation. The final core industry to create wealth is agriculture, taking a seed having little value, planting it in the ground, growing it to multiply 50 to 100 times, and reselling hundreds of seeds from this one seed. According to Dr. Andringa, all services are built off these three core industries, creating the ripple of wealth creation in societies. From seeing and gaining an understanding of Haiti’s situation, I believe Dr. Andringa’s words to be true. 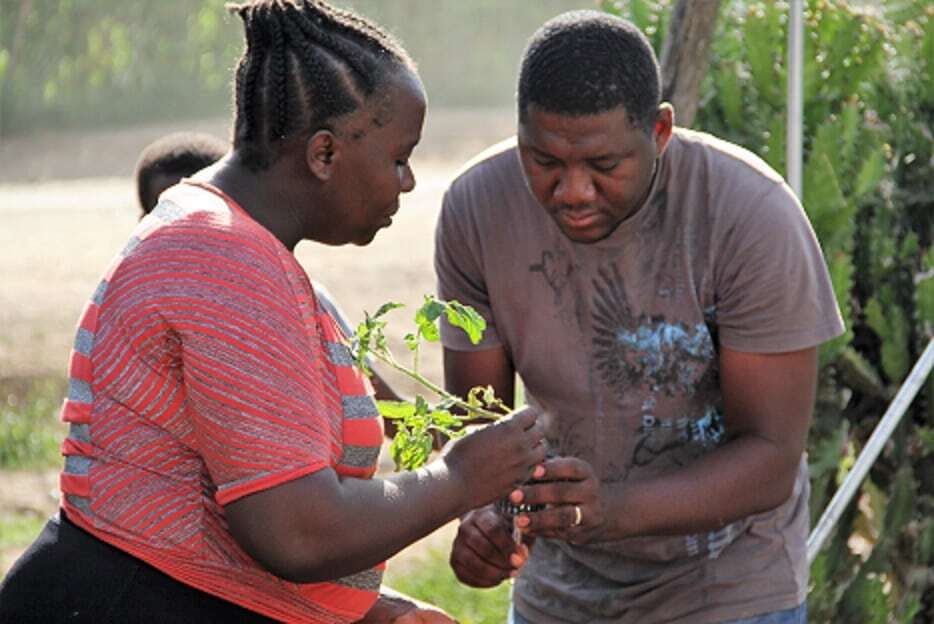 “We wouldn’t be where we are without Claudin’s heart and talents to see it through for our families.”

The great people of Haiti need jobs and wealth-creating business. These businesses need to be shepherded over by benevolent owners, willing to lift others out of poverty, as opposed to exploiting the poor for personal gain. This is what I love about Claudin. He gets so excited to see people working in his gardens and fields. He loves it when families learn to grow food. He has a smile as big as a mile-long bridge when teaching kids about planting gardens. He loves his people, he loves Haiti, and he loves agriculture. And he freely gives away knowledge, something a bit unusual in Haitian culture. I love Claudin and all he has given in leading our agriculture programs. We wouldn’t be where we are without Claudin’s heart and talents to see it through for our families. 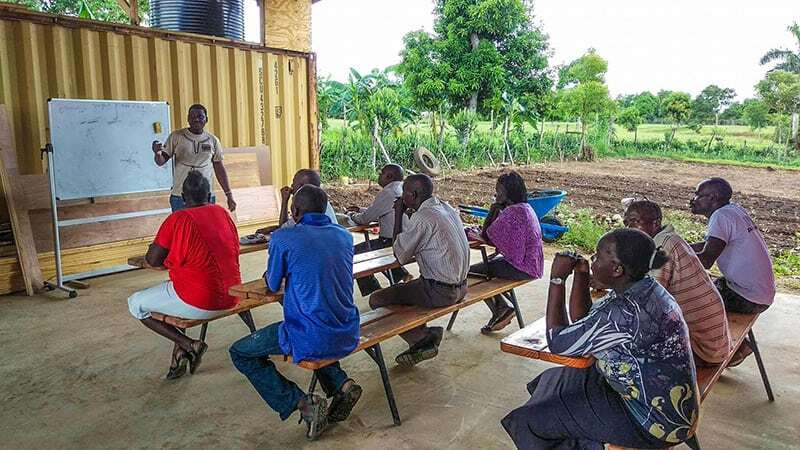 Many Hands for Haiti stands on the shoulders of Claudin Augustin, who lovingly leads us every day to lift families out of extreme poverty through agriculture. I step back and look how far we’ve come in our agriculture programs and it amazes me. Hundreds of goats raised and given to families in need. Thousands of pounds of food raised locally to feed children in our programs. Over 30 graduates through our agronomy technical school. And with God’s help, we are just getting started.