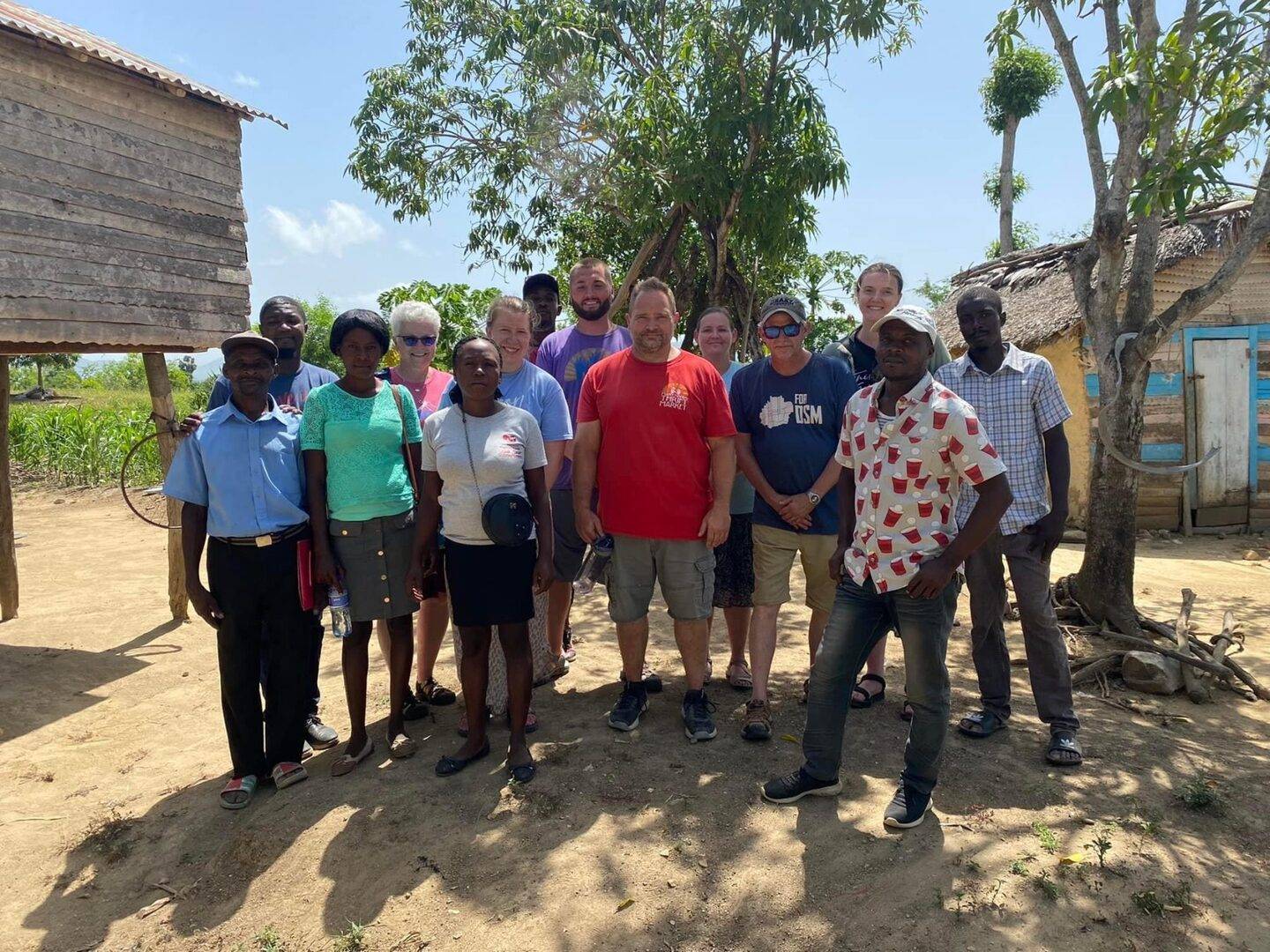 Jon Pederson (pictured fourth from the right in the For DSM shirt) has worked for Many Hands since May of 2021 as the Director of HR. This was his first trip to Haiti.

You can read the team’s previous blog here.

There are really three things that have had a strong impact on me.  One is large, one is immediate, and one is personal.

I’ve heard about the great things that Many Hands does in Haiti.  I could discuss the programs, share some statistics, and share the overall strategy of the work going here.  I thought I had it…but, I didn’t.  It’s been powerful to see the size and scope of what is being accomplished here.  Most important, it’s been humbling and emotional to see our Haitian brothers and sisters face-to-face.

On the large side, I was absolutely amazed to see all that is going on in the agronomy program here!  Tom Dent, Director of Agronomy gave us a tour of the various areas and discussed the crops that are raised here.  There was such variety from corn to avocados to mangos…and so much more!  It was no surprise to me that there were things that I had never heard of.  I’m not a farmer (I don’t even play one on T.V.), but it is apparent that everything is thriving.

But it isn’t just about growing things…it’s about growing spirit.  There are programs that are designed to help PEOPLE grow and thrive.  Unfortunately, in many cultures, people who aren’t as physically able can be cast aside.  It was emotional for me to see the raised garden program that helps teach people how to raise a garden and raise their spirit.  When they have completed the program, Many Hands further supports them by building a raised garden where they live.  Again, I’ve heard about these programs, but to actually see someone who would have been cast aside, actually tending their garden moves one to tears. 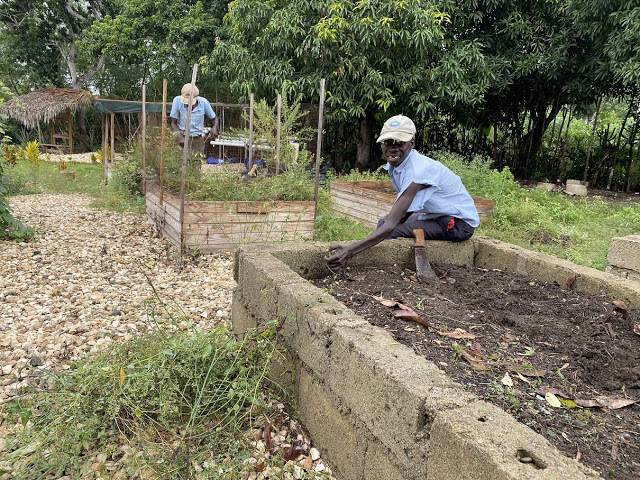 “I can’t fully describe how my heart was filled to be able to work side-by-side with Haitians to provide the protection and security of a cement floor.”

We were also blessed to be able to work with our Haitian brothers to install a cement floor.  Please know they were talented workers…I passed buckets of cement (it was better suited to my skill set).  Please don’t be distracted by any potential stories about my run-in with a sneaky chicken (I was giving my all to protect the newly laid floor – and the chicken had a nasty look about him – it was the beady eyes.  Seriously, the event was life-changing.  I can’t fully describe how my heart was filled to be able to work side-by-side with Haitians to provide the protection and security of a cement floor.  Now, a family with three beautiful children can live and hopefully thrive in a healthier, more secure environment. 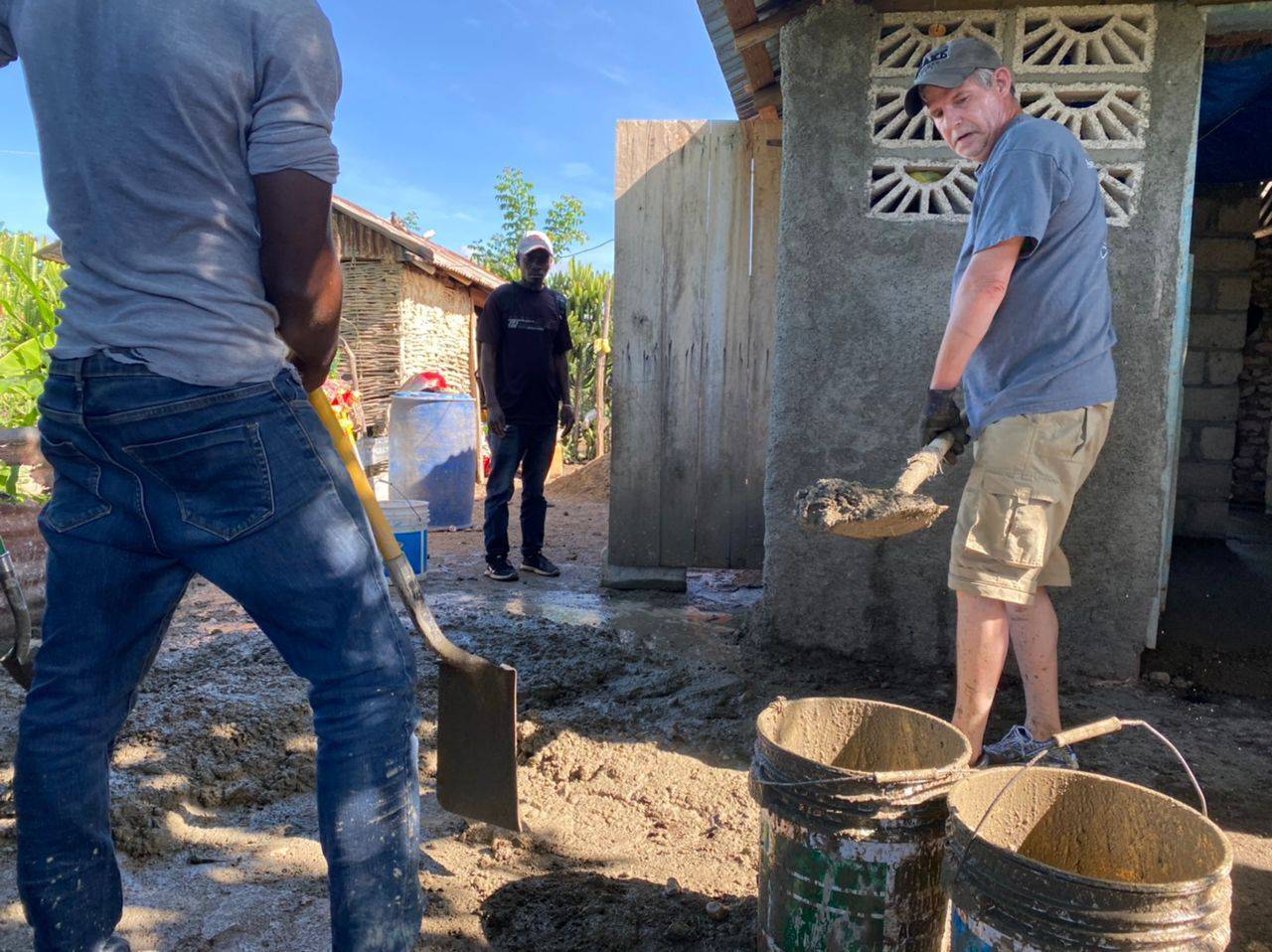 “Even with the immediate, the most important thing about Many Hands is the focus on the long term, building economic and spiritual opportunities for our Haitian brothers and sisters.  I’m proud to be part of an organization that focuses on building communities, not just solving an immediate issue in the short term.”

There were so many other examples of immediate impact thanks to Christy Gabhart, Director of Benevolence and Ministry.  We were given the chance to take food to people that are in dire need.  Probably, even more important, she was able to share and show what people go through to just survive.  It’s embarrassing to see what I take for granted.  I’m also humbled to see the strength of these Haitian people.  They survive with very little infrastructure – things that I take for granted.  I think about the last time the electricity went out.  I was angry because I had to go without air conditioning and had to throw some food out.  These folks do it each and every day.

Even with the immediate, the most important thing about Many Hands is the focus on the long term, building economic and spiritual opportunities for our Haitian brothers and sisters.  I’m proud to be part of an organization that focuses on building communities, not just solving an immediate issue in the short term.

Lastly, I’ve personally moved spiritually.  Today I had the opportunity to attend a Haitian church service. Most churches that I’ve been to are grand buildings modernized to include all modern conveniences, gymnasiums, top-notch audio/visual equipment, and even coffee bars.  First, please understand that I’m not against conveniences and modernization at all.  But, it was moving to attend a service under a corrugated metal roof supported by poles and no walls.  It is a special thing to see people gather to learn and praise God, simply to praise God 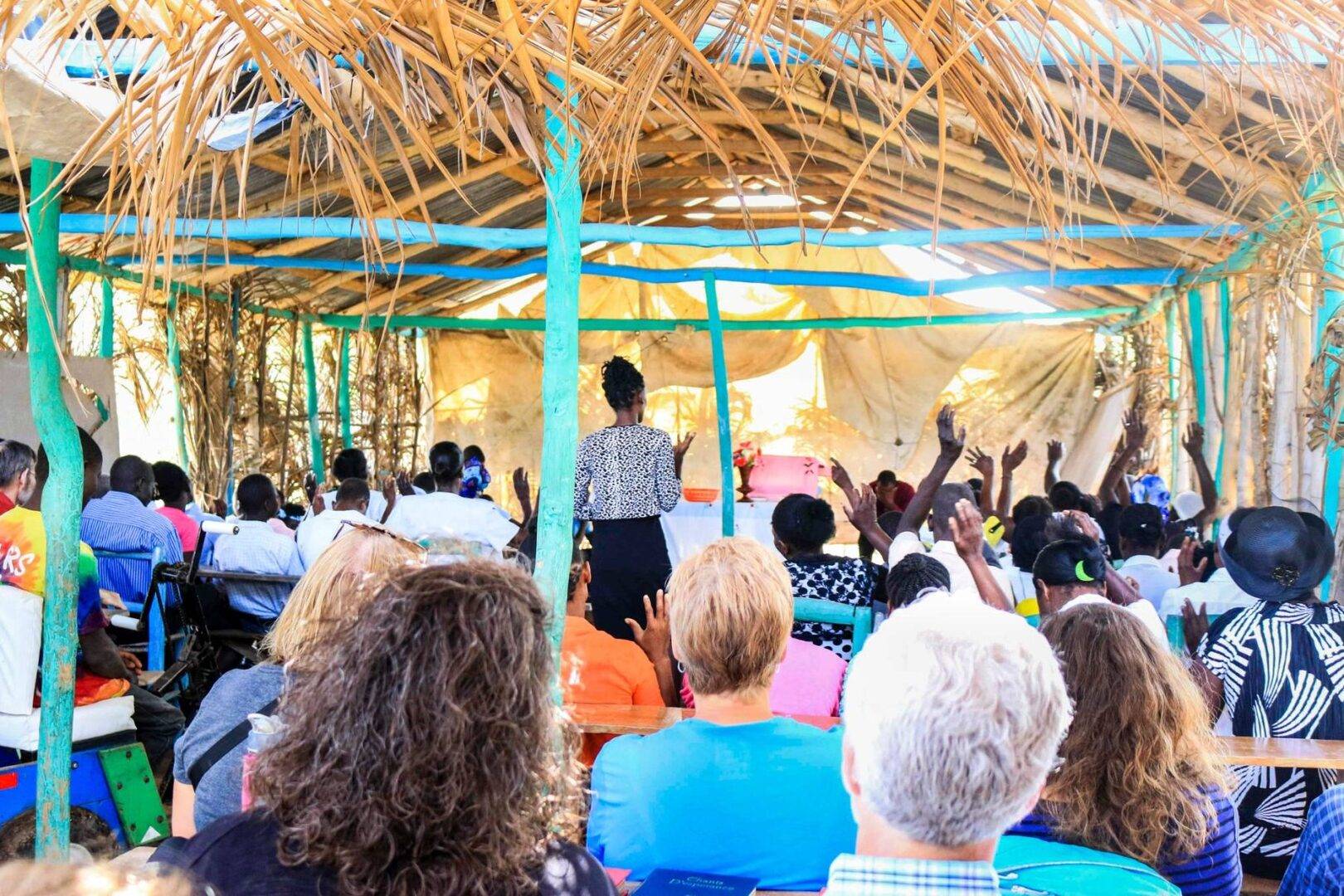