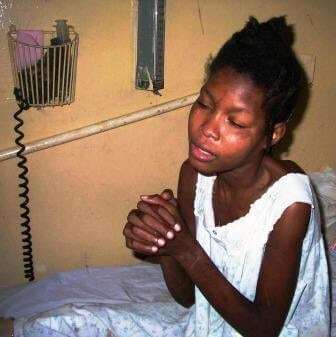 This is written by Corey Van Kooten, a member Pella Christian Winterim trip to Pignon, Haiti. 10 students, 5 teachers, 1 principal and Lucia Van Maanen are on this trip. This is Corey’s first time to Haiti and serving with MH4H.

Our trip to Haiti thus far has been fill with many unexpected events and today was no exception. We were planning on a day of church and relaxation and as I am writing this everyone else is asleep in bed, exhausted from the days unexpected events. So as you might imagine, the day was not filled with much relaxation. Church was a fantastic experience to begin the day. Although we could not understand what was being said all the time it still felt like we belonged there. To cap of this experience, the church band played a rendition of “The Halleluja Chorus” which I am sure made us feel even more like we were welcomed and a part of the service.
Soccer is the game of choice in Haiti.

After church we were able to have our promised time of relaxation but this did not last as long as most probably would have liked. We ate lunch around noon and then found some things to do around the hospital dorms for a while. The excitement and and unexpected parts of the day then came in full swing as a few of us went to go play basketball on the hospital grounds. When we walked over we found that cinder blocks were being made on the court so that was a no-go so we turned to the sport that Haitians seem to love the most, soccer. And what better place to play soccer than on the street in front of the hospital with motorcycles periodically flying past (there was only one close call to getting hit). The game grew in popularity and soon we had a large gathering of Haitians, varying greatly in age, watching and playing with us in the street. The game came to a somewhat abrupt end when we heard the wailing of someone morning a death that had just occurred in the hospital. Death and funerals are an experience all their own as they are quite different than the typical American funeral.

Before supper we went out of town a little ways to an orphanage were we first got a game of basketball going and then once again proceeded to play the Haitian game of choice, soccer. At the orphanage, there is an actual field with soccer goals and nets which made for a full fledge physical match between the two teams. You would not believe the skill that some of the very young Haitian boys posses with a soccer ball. The kids at the orphanage were very versed in the english language which made this a very rewarding time for us all as we were able to communicate with these children at a deeper level and they were able to share some of their stories with us.

Patient praying at the hospital in Pignon.

Back at the hospital for supper and then singing and praying at the portion of the hospital where care is actually given. Singing to the people was a great experience and afterward many people would grab our hands and ask us to pray for them. Though we may not have been able to share their language in prayer with them, we were still able to touch many lives as seen in their faces after we blessed them in God’s name. When we returned to our dorms, we were able to view a funeral procession leaving the hospital grounds which again, is quite powerful to watch.

So our “relaxing” day did not end up to be such a relaxing day after all, but it was a great day all the same. We were blessed in our experiences in ways that are hard to describe but one could see from the smiles on our faces and during our time of sharing in the evening, that we all were okay with not getting the relaxation we though we needed the night before. Every day I can see the strength growing in our relationships within the group, between the Haitians and our group, and between individuals and God. Tomorrow has the promise of another great day and I personally cannot wait for more unexpected.