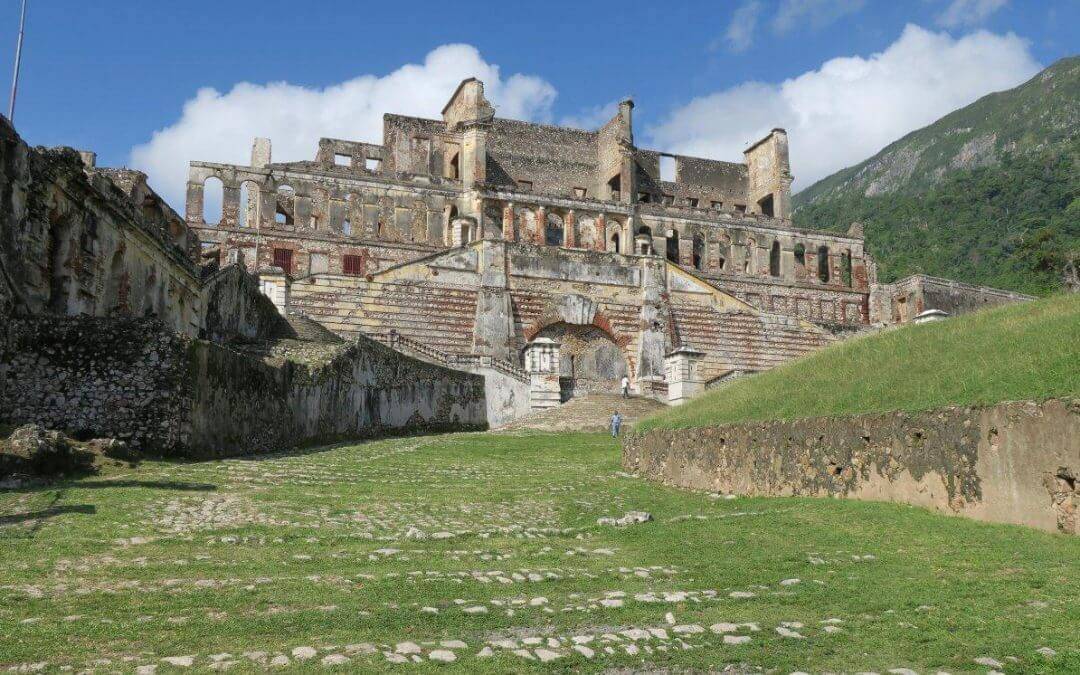 The Central College team enjoy a day of sightseeing and travel, as they learn about the diverse history of Haiti. Katy Olsen shares their adventures.

Our third day in Haiti started off with a very early morning. We were all packed up and in the truck ready to go by 5:00 am. Today was our more “touristy” day in Haiti and we got to go visit the Citadel. This is one of the very well known wonders of the world and it was truly incredible. It was s nice change of pace and our group got a lot out of it.

On our trip, we were fortunately accompanied by three young Haitian men, Jasmin, Richelin and John. They had us laughing the entire way there. Teaching us Creole phrases, laughing at our English attempts at pronunciation, and singing songs just kept the group so lively. Our trip was around two hours each way and it was no ordinary journey. The group of us packed into the bed of a Toyota truck and some even sat on the top. Most of the ride was on very rough, unpaved roads which definitely woke us up. For breakfast, we had quite the variety. We had fresh bananas, warm peanuts, bread, and some hard boiled eggs. It was very interesting to see the process of buying this food from the vendors the met us right on the roadside. The food was great, and we were on our way. To pass the time, we played some games in the back of the truck that really helped is bond and laugh with each other.  Between games, we all just soaked in our beautiful tour of the different landscapes we passed by. It was amazing to look out into the valley and see Haiti’s natural side after leaving the busy towns. There were many times that we were all silent and were just gazing off, admiring God’s creation.

After two hours in the truck, some great conversation, and a few bruises from the bumpy ride, we finally arrived at the Citadel. We started our adventure in a Catholic church that was surprisingly open for us to look through, Here is where we were first introduced to our Haitian tour guide, Sharloe. Without him, we would have never left as informed as we did. He is a very knowledgeable man who had us very impressed.

Standing by a statue of King Henry Christophe

After hearing about the history and significance of the church, we went to the fortress where we started hearing about the story of Christoph. This man was a self proclaimed president who was fearful of being attacked by the French. Because of this, he had many defensive measures put into place. He was constantly on the lookout for the French and he became very paranoid. But what we found out was that the fourteen years of brutal work was not even necessary and the many canons weren’t fired a single time. All the work, and there was no attack. 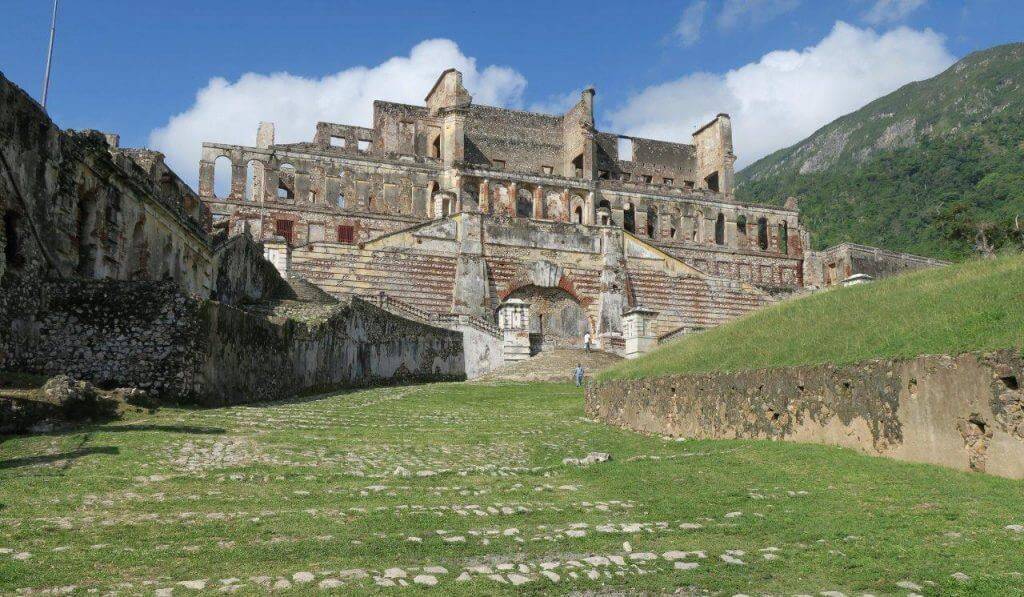 To get to the rest of the ruins, the group had to hike up the steep Haitian mountains. This took an exhausting 45 minutes but when we reached the top, the sweat and struggle was well worth it. We walked through bedrooms, a dinning room, a jail and housing where Christoph’s soldiers were bunked. Each room had its own story and significance that was interesting  to hear about. After our many pictures, and memories were made, we sat down for lunch and relaxed for a bit before starting our decent down to base camp.

Picnic lunch at the Citadel

We decided to take a short cut on our way back and ventured though the unbeaten paths. It was a little more difficult than the path we came up on because it was steep and unleveled but it definitely sped up our trek. When we made it down towards the bottom of the path, we were entertained by a band of Haitians that were great musicians. They definitely lifted our spirits and replenished at least some of our energy so we could make it the last leg.

Our Descent down the mountain Last stop for the Citadel shopping

We were almost to the truck when we were swarmed by a wide variety of Haitian vendors that attempted to sell us everything from necklaces to straw hats. While they did have some pretty cool merchandise, this was a bit overwhelming for us after a long exhausting day. A couple group members made purchases and then we were encouraged to get loaded into the truck so we could head back to the compound. It was crazy to hear how quickly the deals changed when they noticed us all loaded in. “You can have 10 for only $5, sista.”

On the way back, we were all exhausted and ready to wind down for the day. When we pulled into the gate of the MH4H property it was very such a relief. It had been a long tiring day but it was definitely worth it.

A roof being moved down the road

We ended our night with a great devo lead by our leader, Alan. We focused on scripture prayer and specially used the Lord’s Prayer. As he read through it a couple times, we were encouraged to close our eyes, focus on the meaning of the prayer, and most importantly, talk to God. There were some great conversations, and big ideas that came out of this and we all got to share how it impacted us. Overall the day was filled with great challenges and adventure. We’re looking forward to the rest of our plans this week. Tune in tomorrow for our next blog!