The Christ Family Church has come to Haiti with eyes wide open to see all of God’s creation. Here is Logan and Ryan’s account of their trip so far. 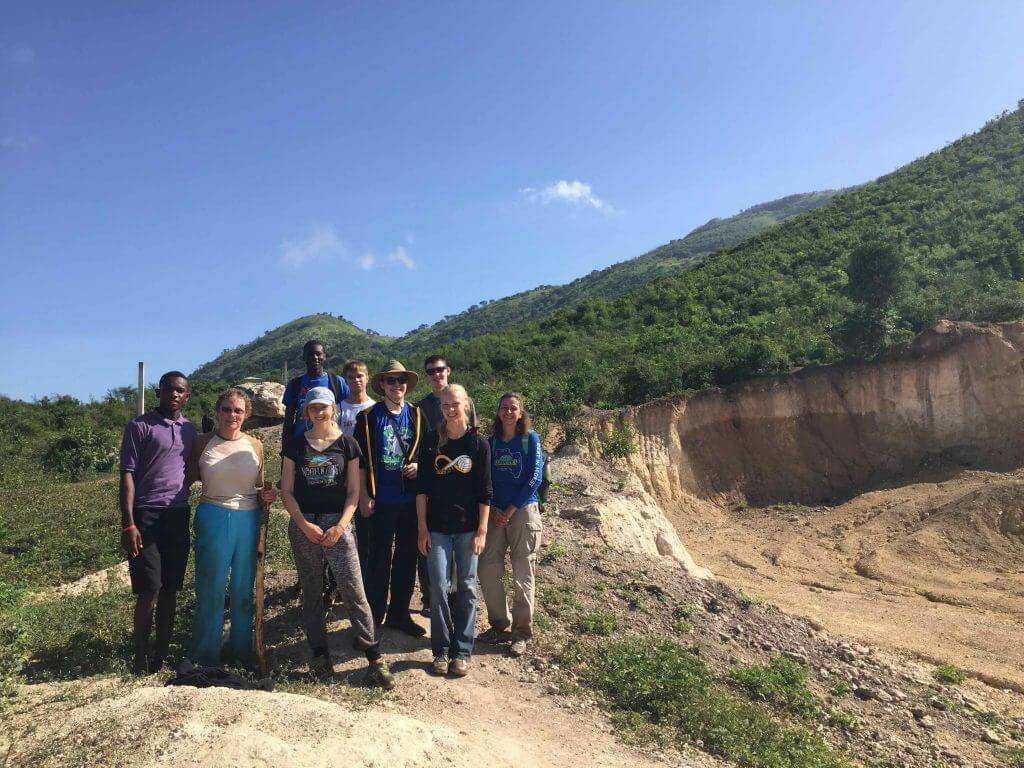 Today we traveled up Mount Pignon. The 10 of us brave enough to face the mountain were: Me, Ryan, Kade, Joslyn, Breanna, Sandy, Jesse, Christie, and our two Haitian guides. After we started to climb, the group divided into two paces, but we made sure that the slower pack stayed not too far away. There were many trying spots, and some times that made me wonder if we were going to be able to make it back down. None the less, the entire group made it to the peak, saw the amazing view, and made it back down to talk about it. Jesse really earned her trip, coming back a little more worn than the rest.

At the top of the mountain, there were some small antennas. While climbing one of them, I got to experience God’s creation in a way that I had not seen it before. I was up, semi-isolated, and surrounded by great mountains. I could take in the greatness and creativity of God all around me.

Along the way, we got to see some interesting wildlife. Some of the group was interested in all of the different smells. This ensued picking up each type of leaf and smelling them.  “That was fun” – Joslyn. She also found out that it is not a great idea to grab a cactus. Others found more unique creatures in nature along the ground. Sandy saved a slug from the treacherous trail and took some pictures of a colony of dung beetles. There were also some larger species to be found. We saw many goats, a few pigs, and a cow and its baby.

When everybody got back from the long hike, we got to enjoy Craig’s amazing cooking abilities through his pancakes. He made sure that we all got our fill. For supper, we had delicious spaghetti prepared by the cooks.

We went to the market after breakfast. I am extremely tall, so I had to duck under the blankets that were forming the roof. The heat of the day had also come in, so much sweating occurred. There was not much personal space to be had, but we could go to the outskirts of the market to find some shade and a breeze. We visited a machete merchant and some people decided to purchase them. We got to visit a bakery that was intermixed with the market. We got to taste some very delicious fresh bread, but I did not partake so that nobody would steal my teeth. We got to experience the sight of pig entrails being fried.

Later, around 1:30, we had a break for lunch. We made great sandwiches involving peanut butter and bread. The options to go with it were: honey, avocado, and jelly. After lunch we went to visit the orphanage. We brought many different toys to play with. These included: hula hoops, bubbles, frisbees, a giant parachute, a volleyball, and some paper airplanes. (Thanks, Max, for all your hard work. They loved the airplanes.) The volleyball also got used as a soccer ball and a basketball.

I saw some kids passing the volleyball around as a soccer ball, and felt called to join them. They were happy to include me in their game, and while it was not quite how I expected it to be, that pretty much sums up our day. I feel as though the kids could communicate with me, even though they had a hard time understanding what I was saying. While the giant parachute was not used the same way as it was during our experience yesterday, the kids still had a great time with it.

P.S. – Leave a comment for us and we will receive your message.