Death has a smell and I now know it 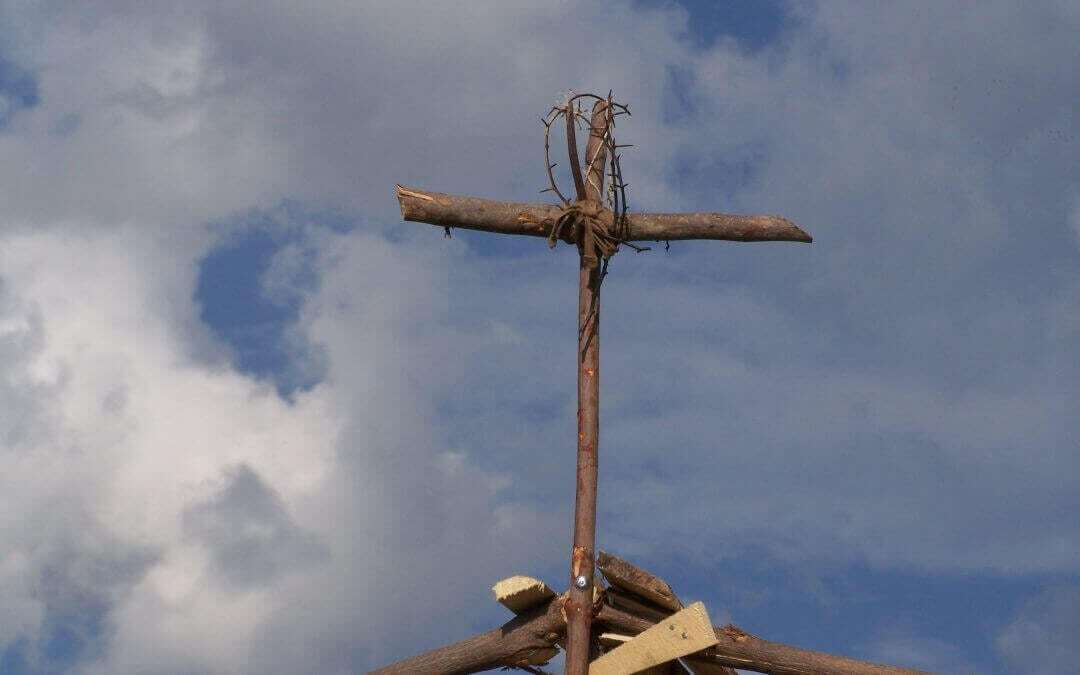 This is written by Tim Brand, Executive Leader for MH4H, on his current visit in Pignon, Haiti.

Death has a smell and I now know it.

My last 12 hours have been a roller coaster of experiences and emotions. Sometimes I wonder why I keep coming back to Haiti. Today reminded me why.

We started out the day early, as we wanted to get to Savanette to go look at the new ground we purchased and will soon be breaking ground on. On the way out, we pulled over to talk with Metelus, the man of the couple that we recently built a new house for that had a fire a month earlier. During the conversation, he said his wife, Ynocent, had been bleeding from her uterus for some time and was getting worse and worse every day. We knew the couple was on the new Health Development Account (insurance for the most needy) and that if there was a problem, we could get her to the hospital.  So we went to see her.

When we pulled up and started walking to the house, we noticed that she was not inside. Instead, she had pulled herself out of bed and dragged herself behind the house. She was lying face down in the dirt, flies hovering around, and only partial clothed. She was alive, but not very responsive and in obvious need of help.

After praying for her and talking to her husband and neighbors, we decided she needed to go to the hospital. She couldn’t walk. So, I picked her up in my arms and carried her to the truck. Her body was nothing but skin and bones, later learning that this 5’8” lady weighed all of 90 pounds. I placed her in the back seat of the truck cab, with my mother holding her to the hospital.

And then the smell hit me: dirt, blood and feces mixed together on clothes that were nothing but rags. I about vomited in the truck, as the pungent smell seared my nostrils. I just kept praying that I would be strong and not throw up – to be the hands and feet of Jesus in this tough situation.

We arrived at the hospital and she obviously couldn’t walk. I scooped her up in my arms again and carried her into the hospital, trying to find help. She was so weak… I’ve never carried someone that weak before.

After a considerable wait, she was finally seen by a nurse and her information taken. She didn’t know her birthday or when she was born. Talk about unloved. Wasn’t even told when she was born. After the nurse took her information, we were told a doctor would see her sometime. The smell in the room was powerful and she needed a bath, desperately. We asked if someone from the hospital could give her a shower or bath. Nope. No one available. We will do it.

Putting her in a wheelchair, we wheeled her through the hospital and out a door in the back. Zeke and I carried her wheelchair across a rocky/garbage area behind the hospital to a water spigot. It is an open courtyard, with about 20 people doing various activities. No privacy. We took off her clothes and I again saw the horrors of malnutrition and sickness. She had open sores on her back. Her bones were sticking out of her body. It looked like her hips were terribly out of line. We filled up the bucket and my mother started to give her a bath. Zeke took the lead on washing her hair and I started dumping buckets of water on her to rinse her off. We gave her new clothes, Phyllis Stam’s left behind clothes from the previous week, and carried her wheelchair back into the hospital.

After more waiting, the doctor finally showed up to do an exam. Within a short amount of time, he got Zeke and told him the news: She has cancer of the uterus, she is too far gone, and there is nothing they can do. They will give her medicine and she needs to go back home to die. Speechless.

After getting her medicine, I entered the room to wheel her back to the truck and I realized, the smell had little to do with the dirt and feces on her. It was literally the smell of death, of the cancer and rot that had taken place inside of her uterus. I had never smelled anything so awful in my life. I will never forget that smell.

I wheeled her back to the truck and we lifted the entire wheel chair into the truck bed this time and let her ride in the back, while my dad and Woodson kept her still. We stopped and bought a cooked meal for her and her husband, as well as water for them to drink. She was thankful and ate a good portion of her meal. Her husband left some in his box and we traveled back to the newly built home.

When we got to the home, we lifted the wheel chair out of the truck bed and wheeled her to her house. Zeke went ahead into the house and got her bed ready. A few weeks earlier, our mission teams had built a bunk bed and now she was sleeping on the bottom bunk. Upon opening the door, the smell was strong and pungent, as she had been bleeding sometime in the bed and on the covers. Zeke did the best he could to get the bed ready and he helped her into the bed. Mean while, I look back and Metelus was taking his extra rice and by hand, feeding some of the young boys who had gathered to watch.

Before we left, my dad overcame the smell and went into the room to talk to her and asked her the most important question of the day, “Do you know Jesus?” She answered in a very small and weak voice, “Yes. I accepted him to my heart, but I have not been going to church.” We let her know going to church was not a requirement for Jesus to be her savior and that she would be with Jesus soon. And we left.

For this quarterly newsletter, we are running an article on  Metelus and Ynocent’s home building story, as we had groups from Pella Christian, Sioux City, Spencer, and now my family and me all participate to help this couple out, to give them food and a proper home after living in shambles and then having it burn down. After today, I thought about pulling the article, almost feeling sheepish that we did all this and now she is going to be dead in a very short while.

Then I reread the article and God spoke loud and clear to me. Ynocent has lived a hard life. She had a son that died in the Dominican Republic at an early age. After he died, Ynocent couldn’t handle it and became known as a crazy woman. She was ridiculed by many, outcast by society, then unloved by her people. Until Zeke stopped the truck to talk to them in December of 2012, she was an untouchable, a leper of this generation. And we loved her as Christ loved her. Little did we know we were building a bed out of the dirt and a proper home for her to die in. The clothes we left behind were going to be what she is buried in, as she had no other clothes. And I know we were Jesus to her, walking her to death with dignity and grace, unlike so many of the other untouchables around the world. It gives me a sense of peace to know that we demonstrated the love of Christ during her last months.

Death does have a smell and I now know it. I also know that no matter how badly death smells, how terrible it is, it compares nothing to the glories to come for those in Christ Jesus. Ynocent will see Jesus soon. And I thank God that He let us walk Ynocent to her death knowing she was loved by Christ’s followers, she mattered in the eyes of God, and we paved the way for glories to come. Thank you, Jesus, for hard days like today.