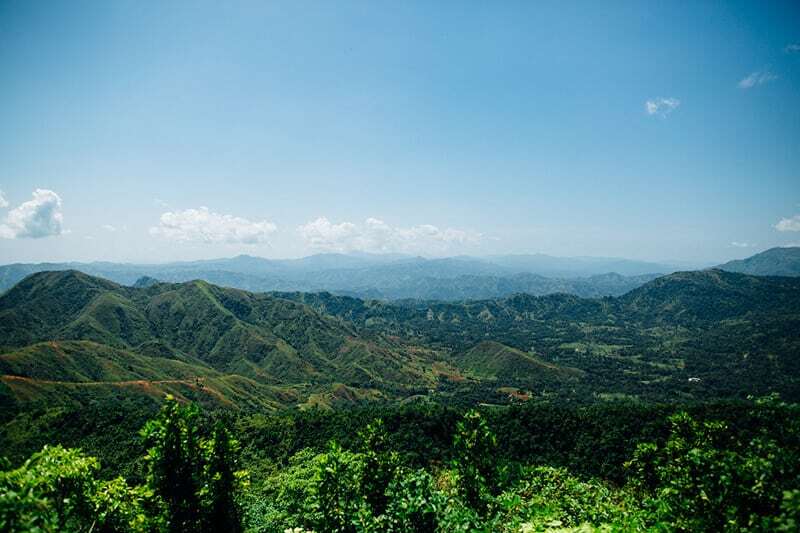 The Ebeling Team describe the first day of travel in Haiti as they prepare for a week of service in Pignon.

We have arrived!  Of course, we immediately saw some the things that visitors often comment about. Most of our day was spent on travel, so the big impressions today relate to the travel itself.  Apparently standing in a single file line is a cultural thing, because that did not happen today. Cars, motor cycles, and trucks (which have people jammed in them with limbs seemingly hanging out everywhere – including the truck we used) travel in multiple lines.  There doesn’t seem to be many traffic laws; there is a lot of weaving in and out about, and more honking than we hear in New York City.  We often saw 4 to 6 people riding one motorcycle at the same time.  As we drove, people along the street would shout out “Hey Blanco,” trying to get us to stop.

The landscape in northern Haiti

Once we left Cap Haitien, the scenes and the roads took on a more rural flavor.  Rain on the way to the campus proved interesting in light of the muddy, rutted roads. It also added a sense of adventure, especially for the half of our team that was riding in the back of the truck, taking shelter under a tarp. Our driver was impressive.  He weaved in out of traffic with ease, and was very adept with navigating the ruts, mud and rivers that are part of the route.  By the time we reached campus, it was dark, so we haven’t had a good look at the area yet.  Some locals greeted us immediately when we arrived. The guest house is beautiful. We are really looking forward to seeing more the sites where MH4H is at work.

Thanks to all who are praying for us!