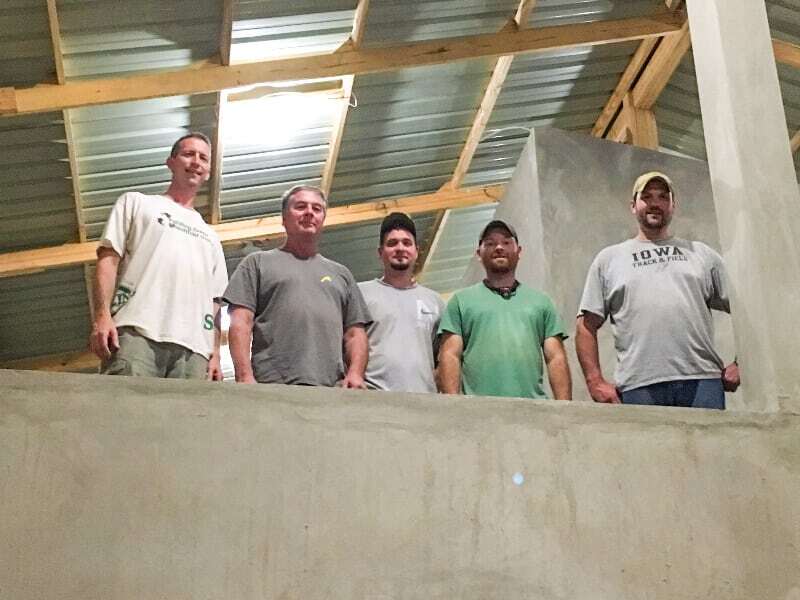 Tony Pierson, from the Gritters Electric team, shares the final day and his thoughts after a week of hard work

Hot tin roof, machetes taking out tree tops, scaffolding not suitable for birds to land on, just another day on the job in Haiti.  12 hours after the work day started we went back to the dorm and were able to see just how nice it looks to have a new building lit up for the first time at night.  Today was a day where it seemed a tremendous amount of progress was made.  It was THE day to get the solar powered system up and running before heading back home.

From the start of the day the pressure seemed to be on, and our crew did nothing but meet the challenge.  It was probably one of the warmest days we’ve had since getting here.  The heat didn’t seem to really hamper the excitement of being so close having power turned on.

By the end of the day, fatigue was starting to set in for me.  I could tell that I was starting to get irritable and just wanted to get it done.  At about that time those that will be using the facilities started coming around and checking things out.  They were so jacked up that lights were coming on, receptacles working that their enthusiasm was contagious.  It was very humbling to see that something that simple could make such a big difference to so many people.

Lights on in the living quarters main hall!! Some of the electrical systems the Gritters team installed

The Gritters Electric team after a week of hard work

Coming to the end of the time here it’s interesting to think back on all the stuff we’ve seen and experienced.  Just seeing how two completely different cultures with little to nothing in common can be brought together through God.  Early in the week you don’t really know what you can do with the locals, who you can trust, and just what their motives are.  You sit back and just observe how those more familiar with the community and the people interact with each other and take your lead from there.  As the week went on and focus, for me anyway, shifted from getting the work done, to having a good time and trying to learn more about the people, the time was more enjoyable.  I’m not going to pretend like I don’t want to go home and that I absolutely loved all my time while here, but I would do it again.  God is doing great things here, and I couldn’t be happier that I was able to be a part of it.

Sunset over the campus