Pella Christian team tells about their experience in church and the time they spent giving food to families.

Today, we went to church at the Agape Church in Lapila. The church service started at 10 o’clock. It was a lot of singing, so we prepared a song for the church and sang it in Creole.

During church there was a harvest festival celebration. People brought a representation of the harvest as a symbolic offering to God.

People bringing their representation of the harvest. Three couples who had been together for many years, but never married, made a marriage commitment the day before.

Normally church would end after 2 to 2 1/2 hours, but we left at 12 o’clock, so we could go out to eat at a restaurant and deliver food to people in need of it.

We were served traditional bowl of rice, coleslaw, chicken, and a beet side dish.

After lunch, we split up into two groups and went our separate ways; each group went and delivered to 5 houses. We delivered rice, beans, oil, spaghetti, and bouillon.

One group delivering food to a family. The group played with the families and neighbors when they delivered food. 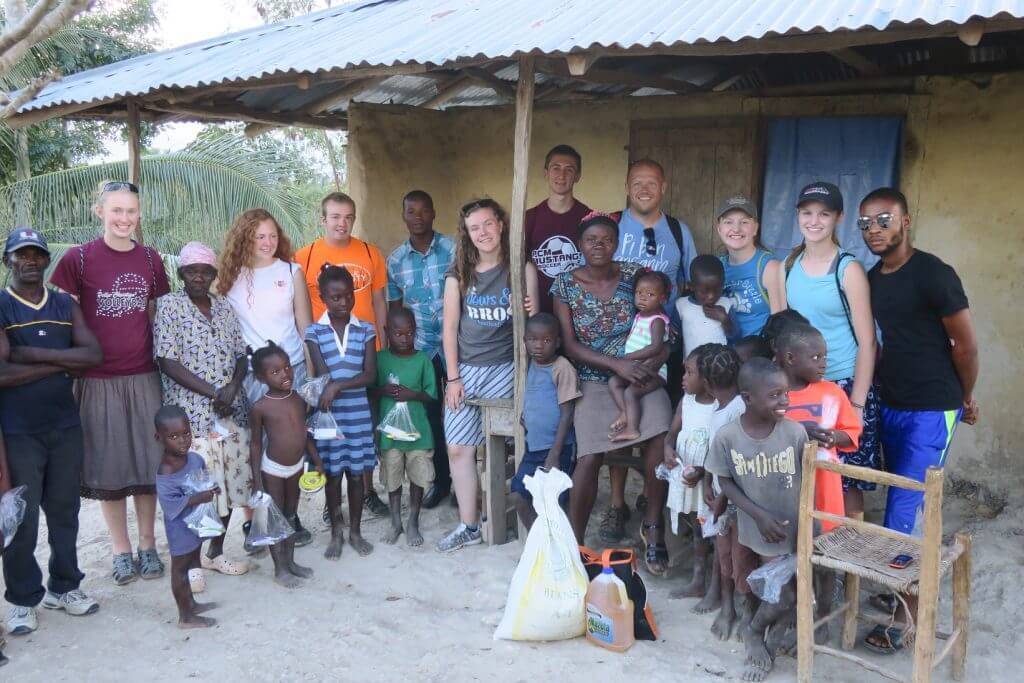 We delivered food to a woman who lost her husband and is raising five kids by herself.

When we were done delivering food, we met back at the compound and all walked together down the road. We gave a variety of house warming gifts to a MH4H employee and his family. As we walked back to the compound, every kid was fighting over who would hold Brett’s hands. When we got back, the group got together and made American spaghetti and garlic bread. After we finished eating, we decided to have a movie night and watch Ant-man.