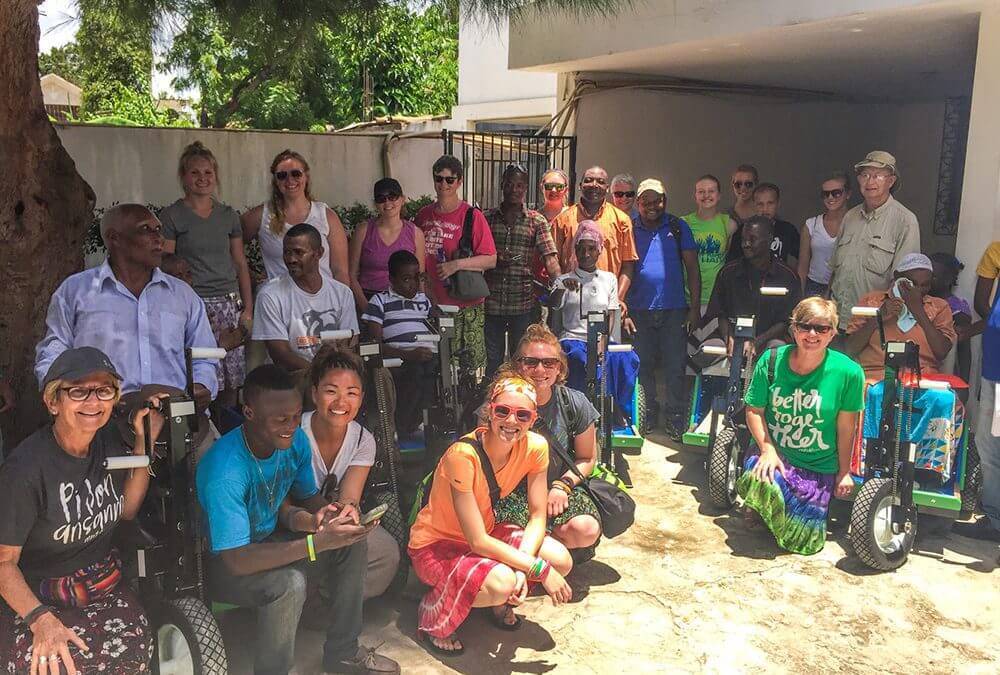 Carol Verhey and Mara Juffer share their wonderful day of Pet deliveries and a visit to the UCI campus.

Bonjour from Haiti! Today was another great day of serving the Lord in this beautiful country!

After a good breakfast of pancakes, fresh pineapple and plantains, 6 PETs loaded on the 2 trucks along with 22 passengers, we made our way down the bumpy (bumpy really doesn’t describe it) road to Hinche. The scenery was beautiful, but it was full sun all the way.

Loading the 6 PETs into the truck On the road to Hinche Bohoc market, on the way to Hinche

We were prepared with loads of sunscreen and bug spray. We arrived at the church where we were to distribute the PETs.  There to greet us were many of the people who had received a PET when we were in Hinche last February.  It was amazing to see faces I recognized and I was able to show each one their picture from the day they received their PET.  What was more amazing to me was that they remembered me too!  Even though I don’t speak Creole, we could communicate with hugs and tears.

Since February the Hinche recipients and other disabled people in the area have formed an association for disabled people, to help and support each other. John Robert, our recipient scout, thanked them all for coming and gave them greetings.  Their President and Secretary spoke to the group and also the 11-year-old girl that received a PET from the Pella PET team in February. That was pretty impressive.

Edner is the president of the Disabled Association

Then Erilner and Ewand, our Haitian  PET technicians, began to put the carts together while I went to the past recipients and asked how the PET had changed their life and how it was working.  They needed just a couple adjustments, but mostly they were very happy with their new life on a PET.

Christi and Carol organize logistics with Ewand, one of our PET maintenance workers PET recipients waiting for check overs and adjustments

Then one by one 6 worthy people received a PET. The President of the Association was injured in the earthquake in 2010, as was another gentleman.  A 50 year old man had fallen off a roof, a 20 year old man had a back surgery go wrong, and there are many other heartbreaking stories. We prayed with them and said goodbye. As we were leaving in the trucks, we were followed by a convoy of PETs. For all the guys at the PET shop, this was pay day!

Doriska received a PET today after having lost use of her legs 10 years ago Kensi helps translate for Carol Jim tests a PET cart after he and Doug put it together! After a botched-back-operation, Fortaine received a PET today! This littlem giris growing comfortably into her PET

On the way back from Hinche, we stopped at the UCI (United Christians International) campus. Kristie Mompremier gave us a tour of the elementary school, university, clinic, and dorms. A highlight for me was the university. Their mindset was to give the best education they can give. They don’t want it to be just good enough for Haiti, they want it to be great for anyone. They are hoping to raise up good leaders to drive the future of Haiti.

After our tour, we headed back toward the compound. As we turned the last corner, the drive shaft of the truck fell onto the road. God took care of us, because this could have happened anywhere, like when we were crossing the river, but instead it happened a mere half mile from the compound. This definitely showed us that God was watching over us and giving us protection.

Before we took our showers and got ready for supper, a few of us decided to head down the road and visit some of the kids we had met earlier in the week. We were joined by a crowd of children as we walked down the road dodging the giant potholes. We skipped and sang “Jezi remen mwen” (Jesus loves me) together.

After supper, we had some worship time and devotions. We talked about making sacrifices and what that may look like. Then we talked about the highlights and lowlights of our day. Tomorrow many members of the team will go to the Citadel, while Carol and Marcena stay behind and teach Haitians how to sew diapers that are made out of donated T-shirts.  Thank you for all your prayers.

As a side note, I would like to say that it has been so wonderful to share this experience with my granddaughters, Mara and Karlie.  We have made such wonderful memories that reflect in the faces of the wonderful loving Haitian people. God is SO GOOD! (Bondye Bon) 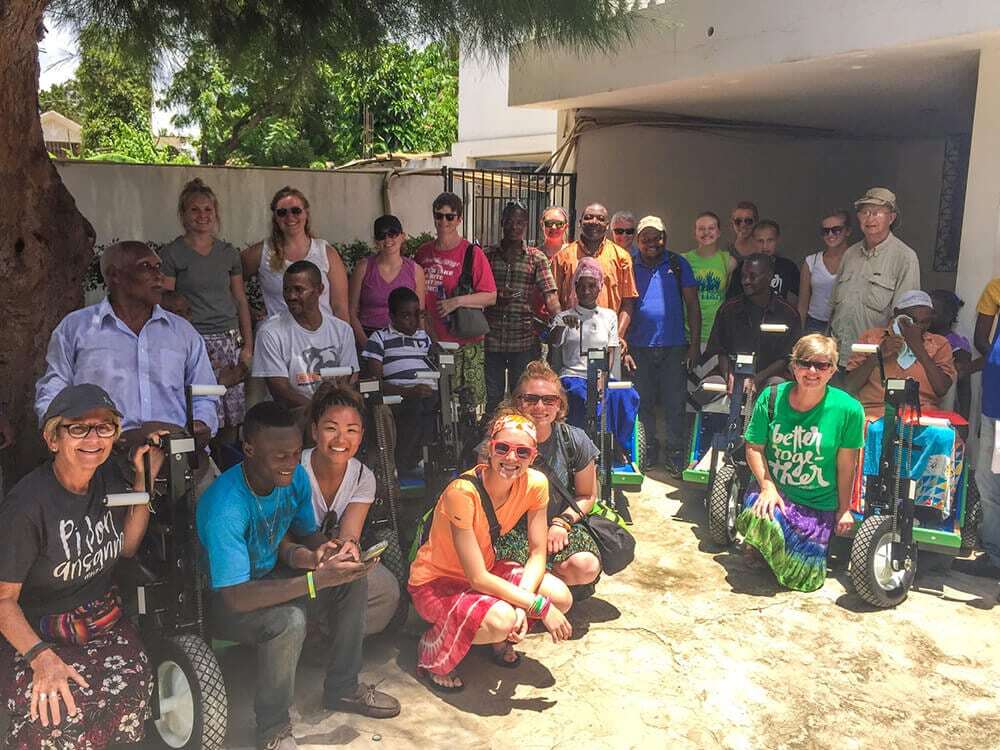