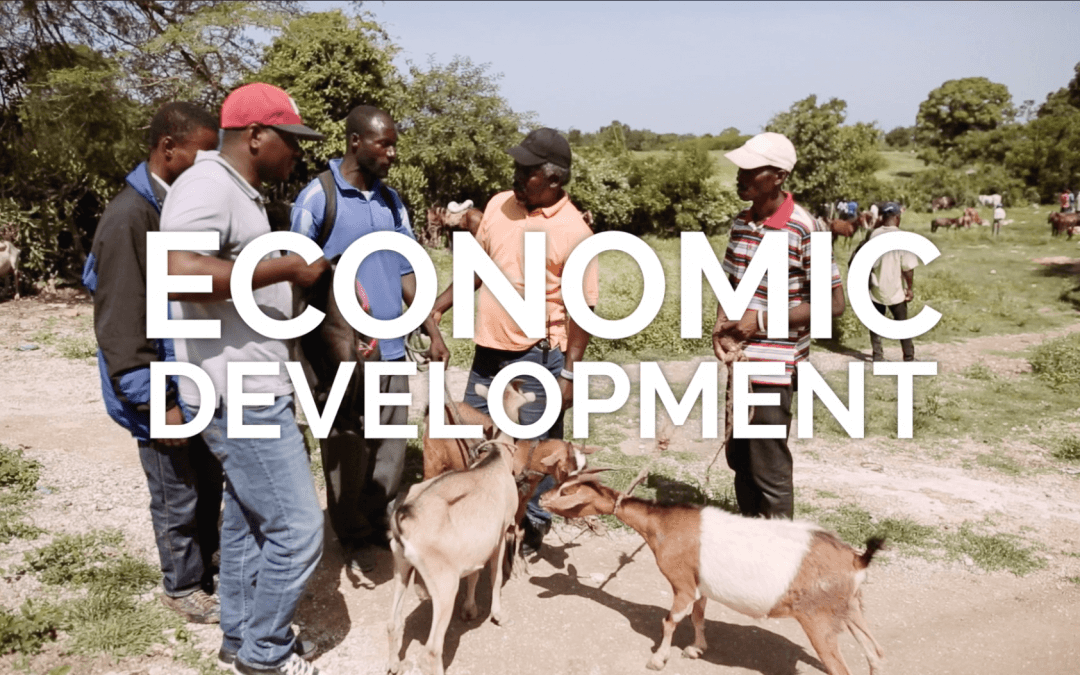 I just wanted to write to you about an experience we had today (Sunday).  Towards the end of the day, after a 4 hour church service, a walk about town and a visit to the orphanage, we were on our way back to the hospital complex.  As we were driving on the dirt and stone road (gravel would be a generous term) we saw an old woman sitting along the side of the road and scooting herself along as though she could not walk.  There were many people around and as far as I could see, none of them were paying her any attention.  Tim immediately stopped and said “We need to help this lady.”  We managed to find out from her that she was going home which was just across the street and down a hundred feet or so.  At the rate she was traveling it would have taken her 20 or 30 minutes to cover the distance.  So we picked her up and brought her home.  Her home was a typical Haitian home – a single room cinder block house with a concrete and dirt floor.

What was different was that she had no door and hardly any belongings inside.  She had no bed, she slept on the concrete floor.  It was very dark but we could make out a small folded blanket and a very few other items around.  Evidence that she had made a small fire next to where she slept still remained.  It wasn’t clear if this might have been for cooking some meager amount of food she may have had or just to keep her warm.  Some of the group were discussing how she could benefit from a P.E.T (a three wheeled vehicle the rider can propel by “pedaling” with their arms instead of their legs).  About that time, some other members of the group announced that she actually has a P.E.T. but she can’t use it because it’s a child sized version and the pedals hit her knees.  A quick assessment determined that we could make it work for her if we moved the seat back.  So we loaded up the P.E.T in the back of the truck and headed for the Iowa House where all the tools are stored.  It only took a few minutes to make the adjustments and test it out to make sure it was still stable with it’s new configuration.  While we were doing that some other team members gathered up some food for her and as we left we grabbed a mattress from storage and added it to the load in the back of the truck.  When we got back to her home and brought the things to her, she was overwhelmed.  Tim got her on the P.E.T and gave her a training run – out her door, through the yard and out into the street.  A large gathering of spectators had come to see what all these white people were doing with this old lady who was an outcast in their world.

Tim and some team members brought her back into her home and offered to pray for her.  She excitedly said yes and got tears in her eyes as they prayed over her.  One of the Haitian boys traveling around with us who acted as an interpreter for us said the unfortunate thing was that someone would probably steal the mattress we brought for her by morning.  For that reason we also could not give her very much food because it would just be stolen.  We resolved to check in with her again in the morning and see what else we can do for her.  What an extreme opportunity God gave us to be the hands and feet of Jesus for this woman and all those who witnessed our work.  To God be the Glory!!!

There is much more to this story – please ask us about it when we get back.