Cecily Johnson, of the Third Church team from Pella, IA, shares her unique experiences and how love overcomes all barriers.

Today we woke up around 6:30am to get ready to pour a concrete floor in a house early in the day while it was not hot. Side note: It is veryyy hot in Haiti!!!! So anyways, we went to the house where we were going to pour the concrete and the people greeted us with hugs. Pouring the concrete only took us a couple hours, we were back home by 9:30am. The people helping pour the concrete were so joyful, and the family was so thankful when we were done with it. 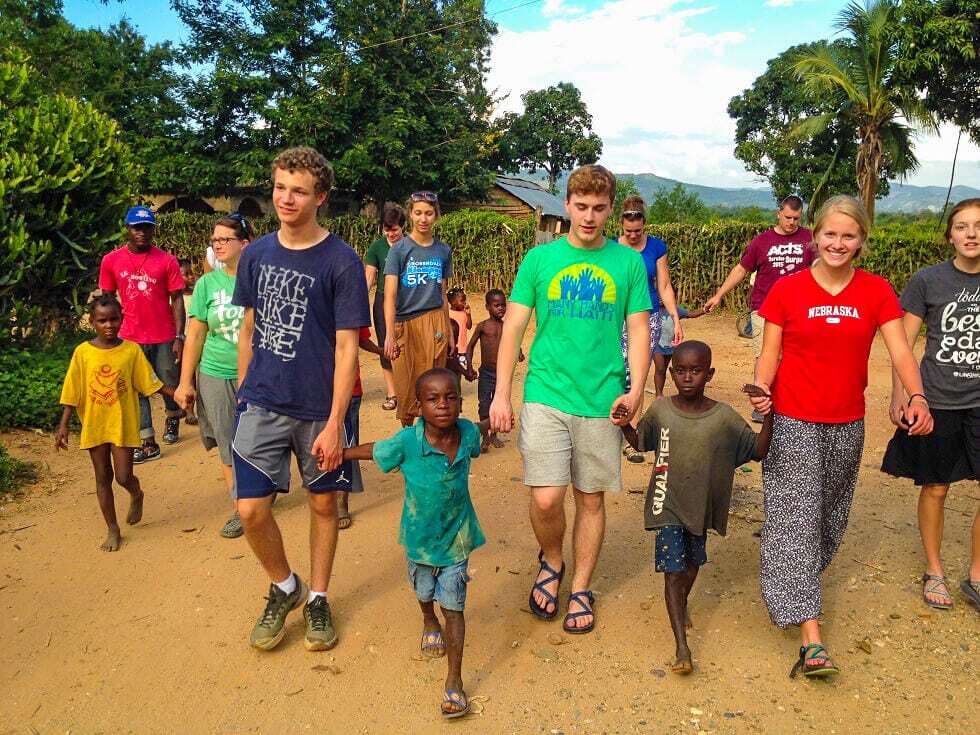 Walking in the community

I am writing the first blog mainly because I had a different perspective on today than the others. While we were pouring concrete, Christi wondered if I wanted to blow bubbles with the girls in the yard and neighbors that were at the house, so of course I did. At first they were shy, but then they looooved the bubbles. It was really cool to interact with them even though we weren’t talking together. We knew we wouldn’t be able to understand each other so we worked around the language barrier. They were able to open up without words.

Helping to pour a concrete floor Blowing bubbles with the kids

There were 3 girls, and a baby. The mother of the house that we were pouring concrete at, basically handed the neighbor girl her baby and told her to take care of it when we got there. The culture of Haiti is very interesting for that reason. The children have to grow up very fast in order to take care of their younger siblings (or neighbors), even if they are less than a year apart. While I was playing with the girls, two of them left because they needed to go home. The neighbor girl and the baby were still there with me. The baby began to cry and I opened up my arms to see if the girl would let me try to help. She let me take the baby and I ended up rocking the baby to sleep within a minute. So while everyone was pouring concrete, I was holding a baby, rocking her to sleep. 🙂 It was a beautiful feeling knowing I was trusted by the baby and the family there.

At 11:30 we went to the Thrive Program which is for children in this community to have 1 meal a day. They have requirements for the Thrive Program, and those with the name-tags were who we could give the meals to. On Mondays, mothers bring their children. On any other day of the week, an older sibling can bring them. This means that the siblings will get fed too if there are extra meals. (There always are a few extra) If 2 of the kids are able to be fed, that means there is more food at home for the other children in their family.

We handed out food to all of the little, little kids first, making sure they got their food. Then we gave it to the older kids, then to the parents. It was truly humbling watching little kids feed the little, little kids first. One boy was feeding his little sister, so I gave him a plate for himself. He then waited until I was walking away, he got up, and walked over to his friend who was not sitting close to the program. His friend was not part of the program and he gave his friend his food, later he came back to give his friend his drink. I was trying not to but I started to cry because it hit me how selfless his action was, and he was only around 5. I brought him another plate of food because I was touched, and he himself ate that plate gladly. There were signs of that allllll over. Kids putting other kids above themselves, it was an amazing experience that hit me.

There was also a handicapped man that had something wrong with his legs, so he had to use a PET, one of those 3 wheeled carts that he can ‘pedal’ with his arms rather than his legs. He was the first person I saw when we were walking over, and the last person I saw when we were walking back. I later found out he was not a part of the program. He sits a little ways from where the people of the program eat every day. He waits to see if someone will bring him food, if they have enough. I asked if I could go give him food and a drink, he was so thankful. It was hard for me to realize that I throw away food every day after my THREE meals and there are people waiting for just ONE meal that they might not even get. You don’t actually realize the power of poverty until it is staring you in the face.

At 1:30 we left to go to an orphanage. There were 55 children in that orphanage. Ages ranging from infancy to early twenties. We played with the kids for a few hours. The language barrier was a little bit harder here. Some of the kids knew a little bit of English, but not enough to keep a conversation. We wanted to talk to them but we couldn’t, so instead we played games with them. Soccer, jump rope, chalk, bubbles, parachute, and we also gave them candy and drinks.

Enjoying the parachute with the kids at the orphanage Playing together

There was a little girl who latched onto me and would not let me go. She would not let me put her down. I wanted to love on her but I also didn’t want to be another person to leave her. The workers at that orphanage were truly beautiful people. They keep 55 kids in line while showing God’s love and joy all at the same time. It was an amazing experience, I wanted to take all of the kids home!

New friends at the orphanage

Today was an amazing day. We were all touched in some way, this was mine. The kids showed me love, joy, contentment, peace, along with humbling me at the same time. Last note: Some of us on this trip have not noticed the language barriers as much so far, but some of us have. The language barriers have been difficult at times, but we have something in common, we all speak the language of love.