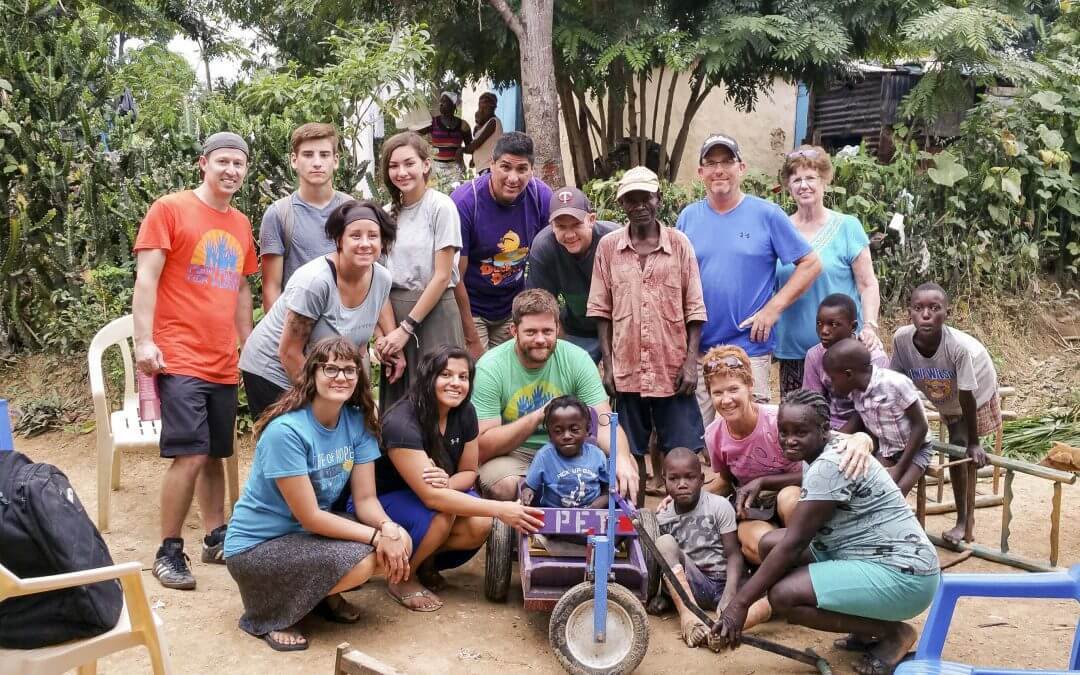 The Lutheran Church of Hope team has traveled across Pignon to turn dreams and ideas into reality. Hanna was with them every step of the way and tells of their adventures.  Keep reading to see how Haitians and Americans worked together to put ideas into action.

The first thing we did this morning was walk over to the preschool. We listened to the small children sing us a couple songs, then to watch them sing their pledge of allegiance as they raised the Haitian flag. I remember when I was growing up, it took me a while to get to know the U.S. pledge of allegiance and to remember it the next morning for school. Yet, the small three, four, and five-year-olds knew theirs by heart already. They sang it with such pride and joy just as they would do with any task they face. These Haitians are so passionate about their home and what they do. Yet, this small time frame was only around fifteen minutes or less. Though just by watching, you could see their big hearts in their tiny bodies.

We also delivered PET-carts today to a few people and though I observed most of the time, I thought that it was so amazing that we were giving these people the gift of mobility when they didn’t have it at best. In their faces, you could see the relief they felt knowing they can get places in less pain and/or time. The concept of the PET-carts is amazing, I had no idea they existed and it is just crazy that so many improvements are in the making every day. Delivering them was easy… until we were faced with a path that was considerably questionable. One thing I admire about these Haitians is their work ethic and their willingness. The path before us was some very thick, sticky, mud. If anyone else were driving they probably would not have even tried going down the path, yet our driver took the risk just out of his willingness. When we kept getting stuck, he kept going. Soon enough we were unable to move at all because the mud was so thick and deep. For a while, we were brainstorming ideas. A short while later, someone came up with the idea to tie a rope to the truck and to just pull. So we (aka the men) did that. By men, I mean the men from our team and some standby Haitians. From the start of having troubles in the mud, the Haitians that lived near helped us every step of the way. They just didn’t give up and they didn’t stop caring. 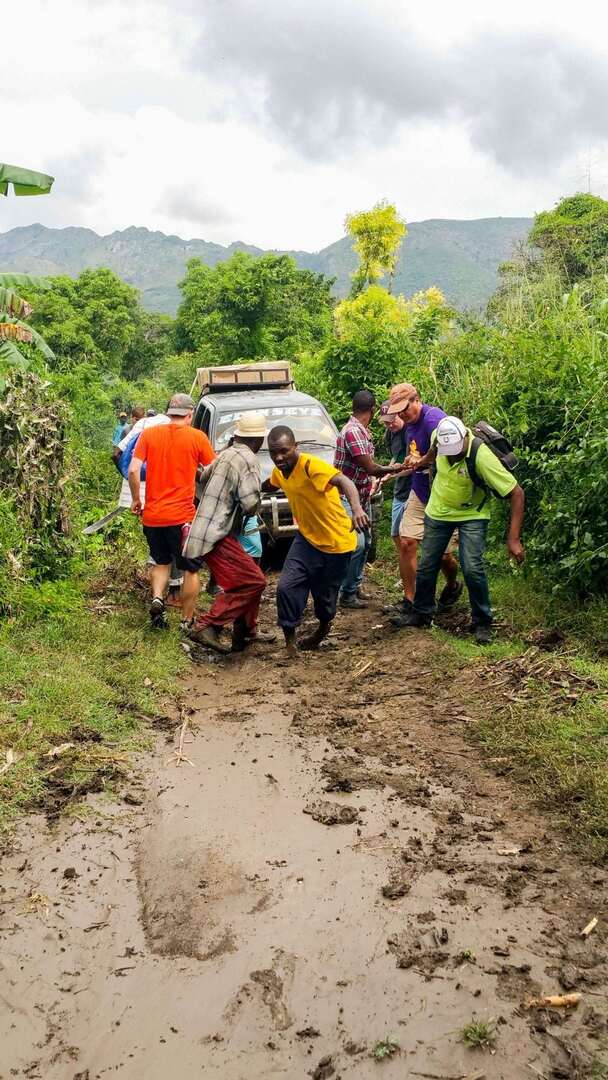 Another task we completed today was helping a young boy named Kaky recover from leg surgery. Recovery doesn’t happen overnight, but today was one big step closer! Again, the men came up with these impressive ideas on building these somewhat rails for Kaky, out of bamboo, for him to hold onto to balance as he recovered. Kaky has braces he needs to wear on his legs so these rails not only helped him but also his family.

Lastly, we visited a fourteen-year-old boy named Petersen. Petersen was born with some leg deformities and is unable to walk. Many Hands gave him a push pet-cart so he could get around. It was found out that he was falling out of it from time to time as someone was pulling him in it. So today we did some light reconstruction of the cart and made it so Petersen wouldn’t fall out anymore. Again, the men came up with this amazing idea and made it happen. The next thing for Petersen is to give him some sort of break in his cart. He told Christy, “I need a break for when I go down the mountain!”. He was such a sweet, patient, young boy and I am so glad that we stopped by to fix that problem.

Overall today was a lot of observation. Seeing these people we encountered today really made you realize what their life is like every day. Who knew some of these struggles existed? It warmed my heart knowing that these people knew God is the way for everything; as Kaky even said that himself. Each day here in Haiti is another day to make a difference, as it should be wherever you are!