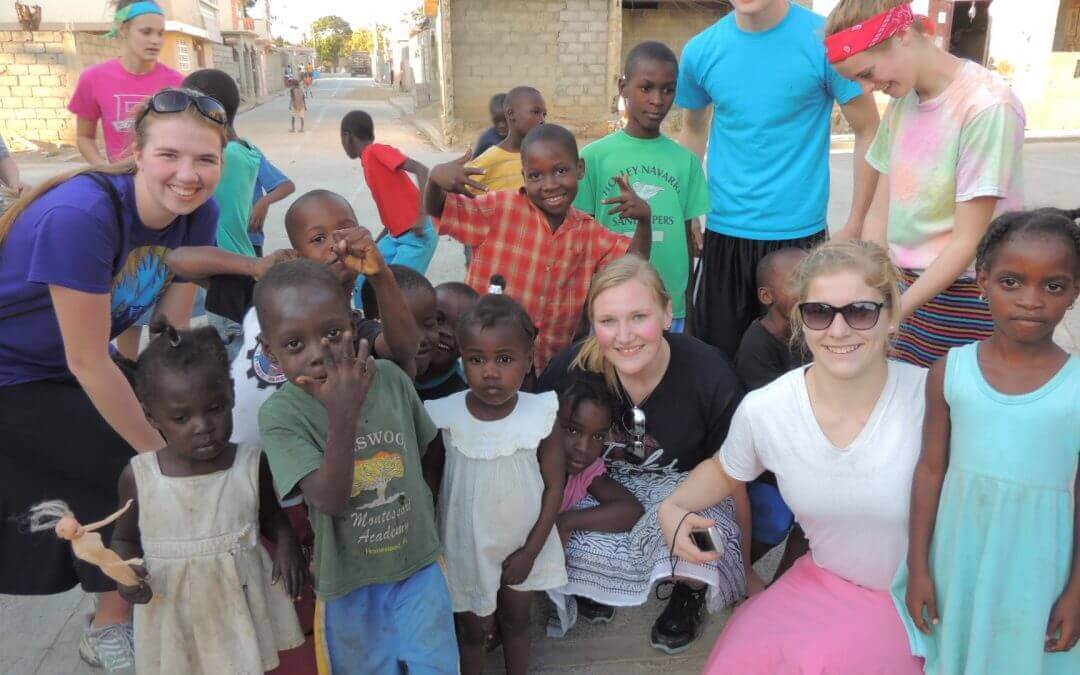 Day three came and went faster than a blink of an eye. This morning, we woke up at 5:30 for an early breakfast before heading to Bebe’s church in Pignon. We were some of the first people there, as Haitian time is much more relaxed than the hustle and bustle of American society. The majority of the congregation continued to show up throughout the service. The service started off with congregation and choir songs. We knew some, although they were all in Creole. This was by far my favorite part of the whole service. Even though all the songs were in Creole, it was amazing to watch the congregation praise God with all of their hearts.

Following the church service, we drove back to our compound for lunch. (Potato and goat stew…delicious!) We then took off to deliver goats to two families in the Savanette area. Along with the goats, the families received soap for their older kids, baby dolls for the girls, and toy trucks for the boys. After that, we sang some Creole songs and prayed with them. It struck me during this time how joyful these people are even when they have so little. Seeing them so grateful for the things they had blessed me more than I can describe.

Another rewarding experience was visiting a witch doctor’s house. Prior to this, I somehow had the notion that a witch doctor would be an evil person. But in all reality, the whole family was very welcoming. They sang along to Jezi Remen, Timon Tankou, and Alam Kontan with us just like every other family.

After the witch doctor’s house, we moved on to see a natural spring. Here, we painted nails for both the boys and girls. The boys obviously didn’t have a problem with their nails looking beautiful. Dillon and Carson swung a rope for the kids, and Keith blew bubbles, which the children LOVED. 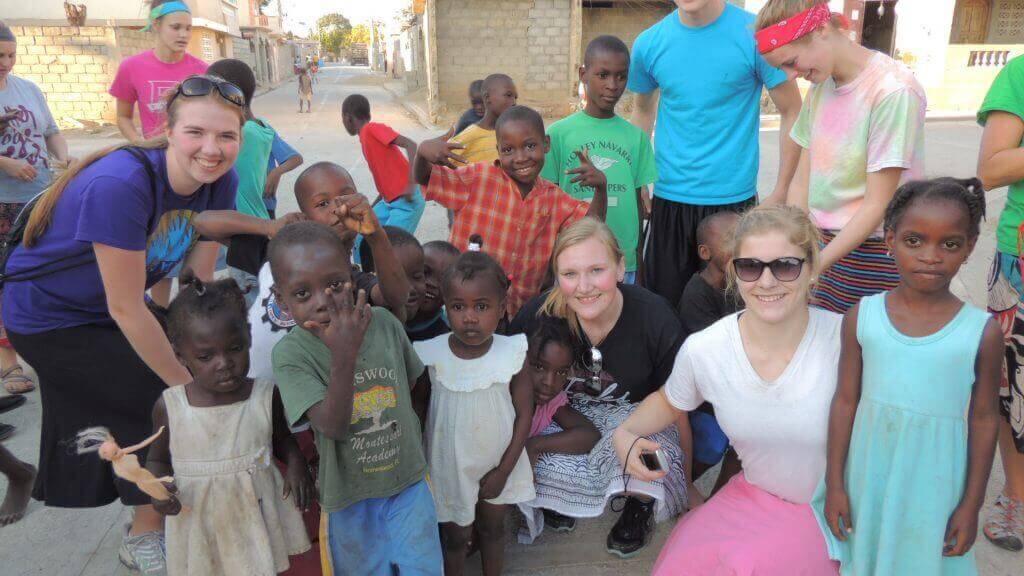 We wrapped up our day by visiting the Home of Hope orphanage just outside of Pignon. We played soccer with the boys and drew with sidewalk chalk with the girls. Even though the boys claimed they beat us “blancs”, (they actually creamed us) we think we won in spirit. Some of us also learned to not let your hair down around the orphans, as it may result in a tangle of knots and braids. The kids loved the attention, and we loved seeing them so excited about small things. It was also a nice break from Creole as some of the orphans were pretty fluent in English, so we were able to communicate more with them.

There’s so many more things that have happened today, but I would probably fill up a whole book if I described everything. So, this will have to do for now. All in all, it was a very successful day with lots of fun and singing!

Sundays in Haiti are always my favorite. While I’m still unsure of the reason why, I always look forward to this day more than the others. Early in the morning, we assembled to catch the church service at Bebe’s family’s church. Although waking up early was a challenge, the worship service was so rewarding. My favorite part of the worship service was taking part in communion. It reminded me that we, both Haitian and American, will be in heaven one day, worshiping God, together as a single body of Christians. While the language can separate us today, it will be different in heaven; something to definitely look forward to!

After a delicious afternoon lunch of soup, we handed out goats to families, visited the spring, and visited a witch doctor’s home. This part of the day was the most memorable for me, because I had never dreamed of visiting the home of a witch doctor. I had always imagined witch doctors as mean individuals who hated white people and other terrible things. However, after meeting the family and getting to know them, I realized that the differences between us are greatly outnumbered by the similarities. The witch doctor loved his family just as much as my dad does and wanted the best for his kids. He works hard at his day job, just like many of the men in the US. In the end, we are all just people who sin, in need of God’s mercy.

As we near the final days of this trip, I can’t help but remember God’s faithfulness to us and the people of Haiti. He has blessed us with a safe journey to Haiti, and a great place to call “home” for our week’s stay. He has blessed the Pignon and Savanette areas with a number of Christian schools, who teach Christian values to the youngsters of Haiti. His blessings are too numerous to count, and we are all thankful for each and every one of them.