Mobility Worldwide – Do The Hard Thing

Tuesday, We slept in this morning, and had another work day. Kaden and Jodie and Twyla worked on campus. Kaden built wooden trucks to give to the local boys, and he made one for his little brother. Jodie started her morning by varnishing wood for the chairs at the new school, she also helped Twyla cut pieces for diapers.

The rest went to Pignon to distribute carts. The first was a pull cart that we gave to a gentleman who was using a wheel chair and it was very hard for his wife to push him up and down hills on the rocky soil. Then we brought another pull cart to an older lady. We fit the cart to her, had her daughter test drive it and prayed with her. Then she and her daughter told us that she was hoping for a crank cart. She thought she could handle that. So Christy called someone who had a cart in the neighborhood and she tried it out and was successful! So after lunch, we brought her a crank cart and she really “cranked” that thing with determination! It was a very touching moment to see her not settle to be pulled around, but get out on her own! That reminded me of the statement, “do the hard thing!” There are so many hard things you see in Haiti but so many show us how they rise above their circumstances with determination to press on and do the “hard thing”. We all can learn a lesson in going from our comfortable place and “do the hard thing”. 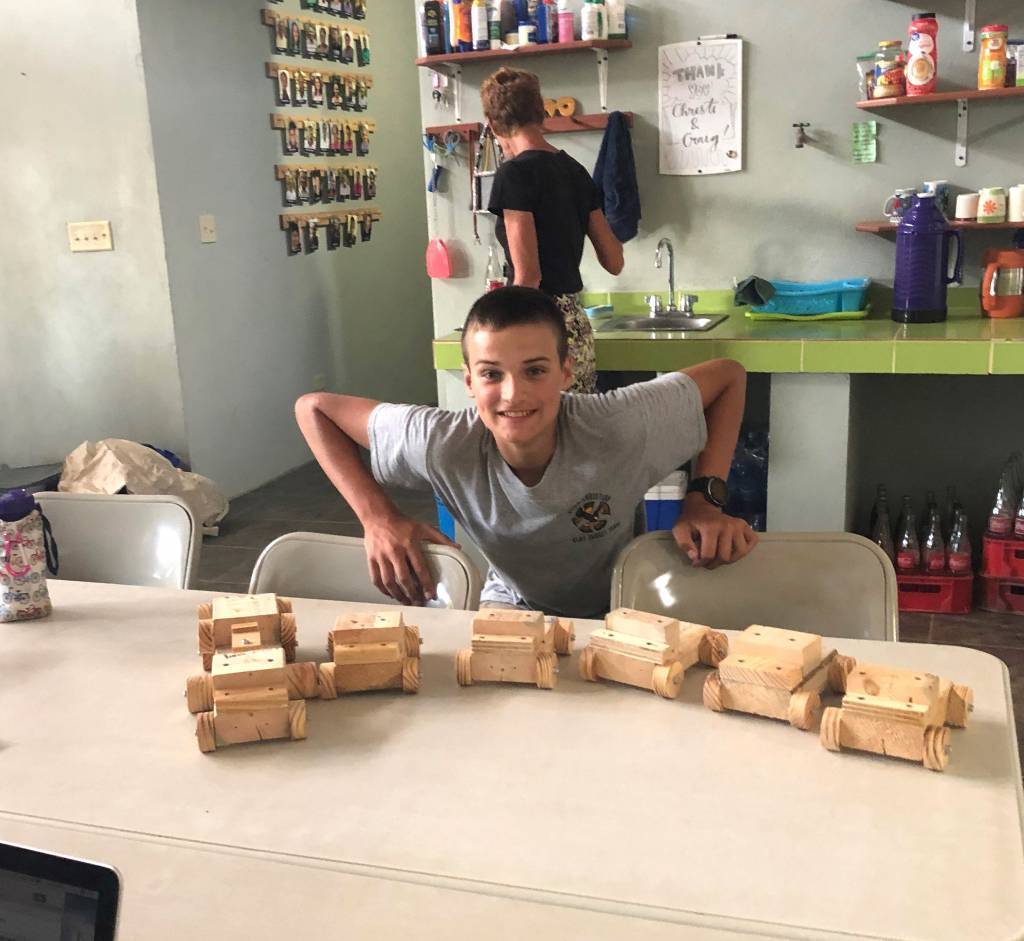 The rest of the afternoon we distributed 1 more pull cart to a very frightened lady but we did get her on the pull cart. However, she was much more concerned because she was hungry. We gave her a bar and then proceeded with instructing her and her family about the cart and how to use it. Later we came back to give her a large bag of beans. She was happier about the beans than the cart, but how would we be. Again, life is so hard in Haiti. Our next gentleman was given a crank cart and was overjoyed and blessed us in return. Next we went to see Juvelin, who was the first person Pete gave a cart to. She is 17 now and we gave her some new wheels, seat pad and back. It is so very special when she recognizes us. We are so blessed! All in all, it was a very good couple of days walking along our brothers and sisters here in Haiti as they continue “doing the hard thing”. 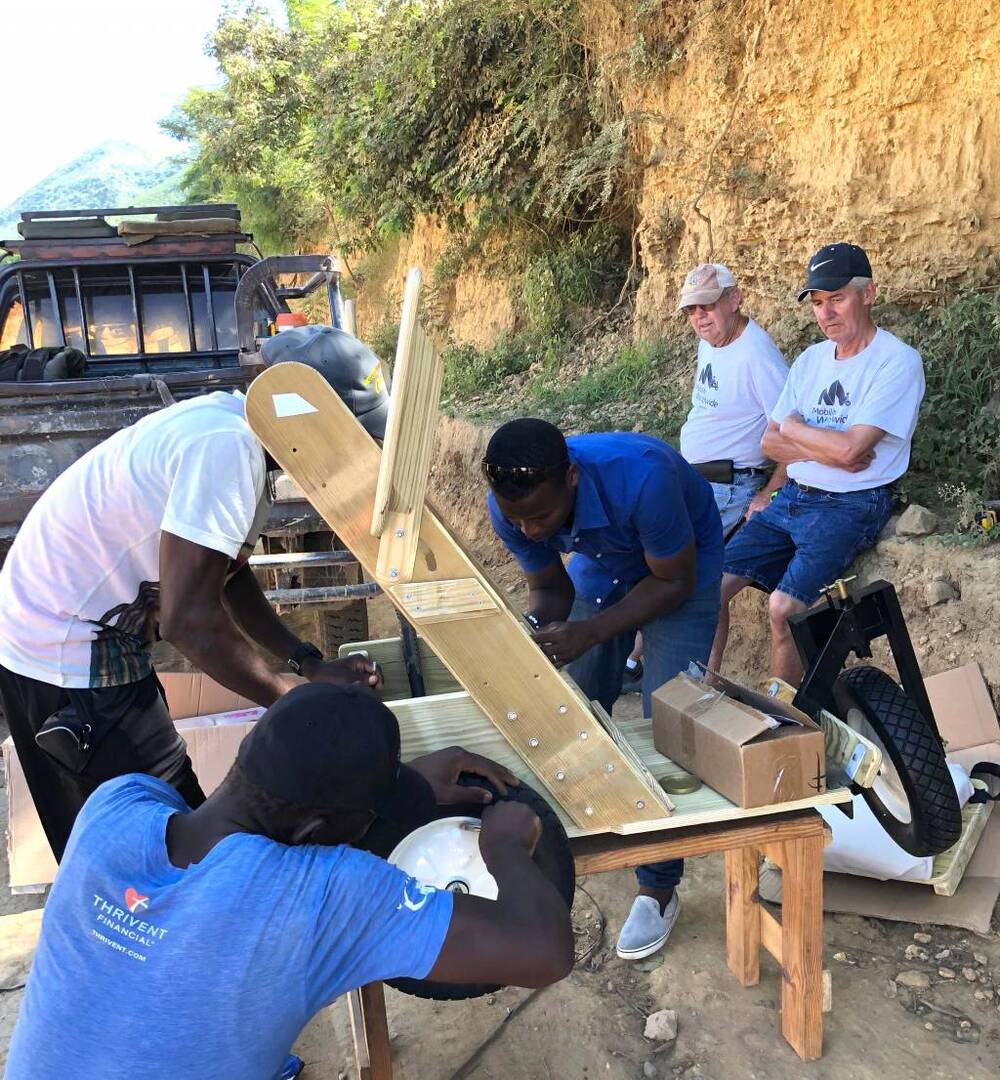