The Mt. Olivet Church group was equipped with open-ended questions to help them process the new culture around them. Four members have teamed up to share these questions with you and express their thoughts on the matter. The next time you visit Haiti, you can answer them for yourself.

Question #1: What about Haiti creates confusion/complexity/frustration?

There are obviously many differences between what we’re used to and how the Haitians do things. When we (Americans) don’t know the reasons for why they do what they do, it can come across as weird, gross, unsanitary, etc. One such thing is the smoked fish that seems to be everywhere. To me, they just look like someone left a fish out in the sun forever, there weren’t even flies on them. Later in the day, someone explained that they were smoked and because of the lack of refrigeration, that was the only way to preserve them. Another thing about Haitian culture is that they litter…. a lot. It’s confusing to me (our group) because it seems like there are countless people doing nothing, and they are living in what looks like the inside of a giant trashcan. To me it would make sense for an adult to tell a child to pick stuff up, but it just doesn’t bother them to have trash on the ground. When my group sat down by a vendor in the market, Jake, a youth leader,  took a pen out of his pocket and a gum wrapper fell out. He instinctively picked it up and put it back in his pocket. There was tons of trash everywhere and he still chose to pick it up. That’s a part of American culture that followed him all the way to Haiti. I would say that the excess of trash covering the ground caused frustration and confusion the most for me. 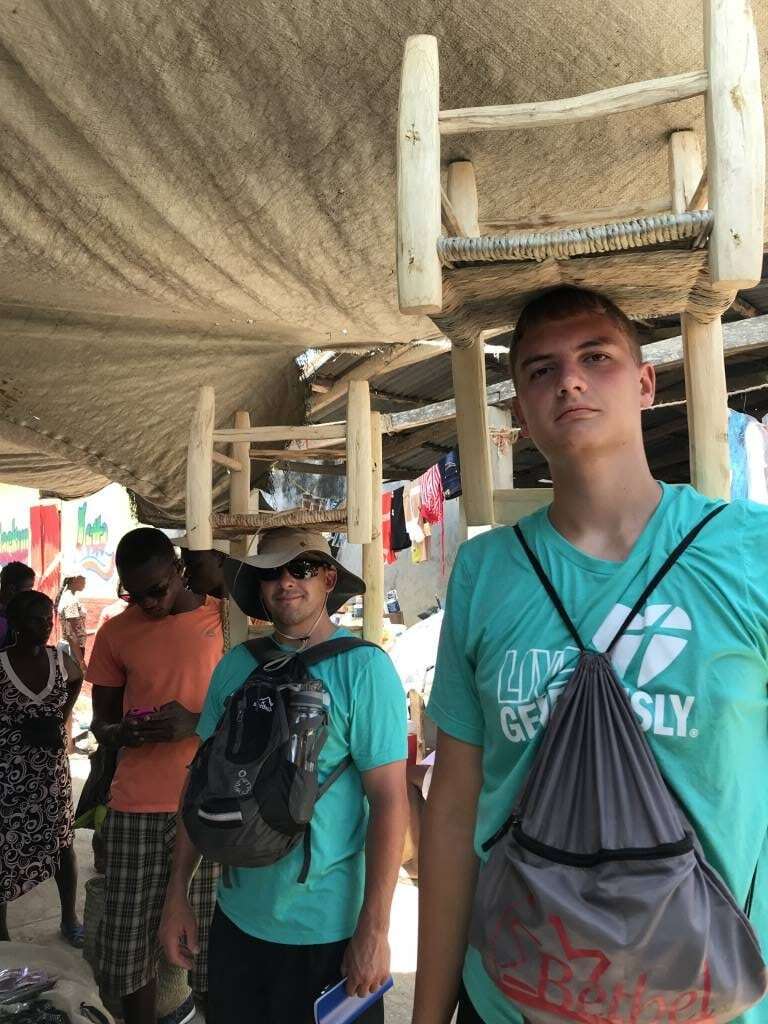 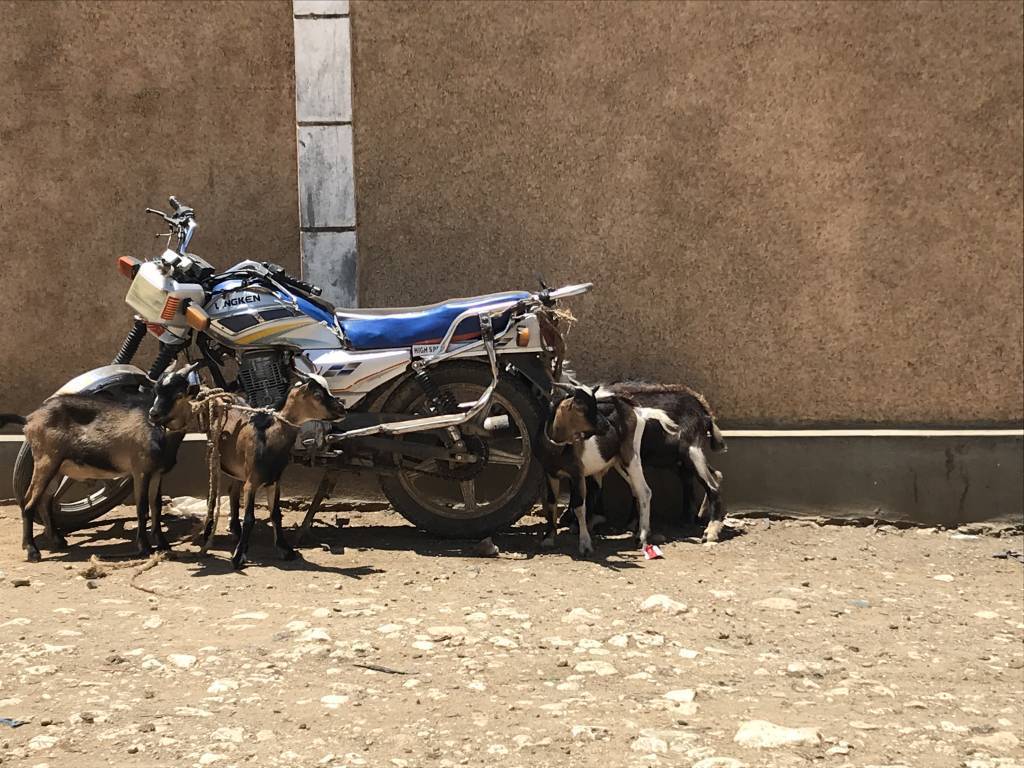 Question #2: Do Haitians compete with each other? How do Americans compare in regards to competition?

I think that the people living in Haiti compete with each other when it comes to their work. Vendors selling products at the market need to sell enough to be able to buy food and other necessities for their families. If you are a laborer, working hard is a crucial part of keeping a job. On Thursday, I worked with a crew that put a concrete floor in a house. It’s easy to say that those guys are some of the hardest working people I’ve ever met. To them, to work is to survive and to survive is to work. Although there is competition within the workplace, people want to see their fellow Haitians make it too. They always seem to be willing to help others out.

In general Americans take their jobs for granted. But in Haiti, finding jobs can be difficult, the variety of jobs is very low. People get creative trying to make a living. A job that we saw a woman doing today while on the hike was literally: climbing the mountain, finding rocks, breaking them down with a hammer, and taking the pieces down the mountain to a pile. To make a living in Haiti requires hard work, because there is a long list of people willing to do the job. Whereas in America there are plenty of jobs available, but people choose not to apply because of various reasons.

By: Braden Held and Travis Kleinsasser 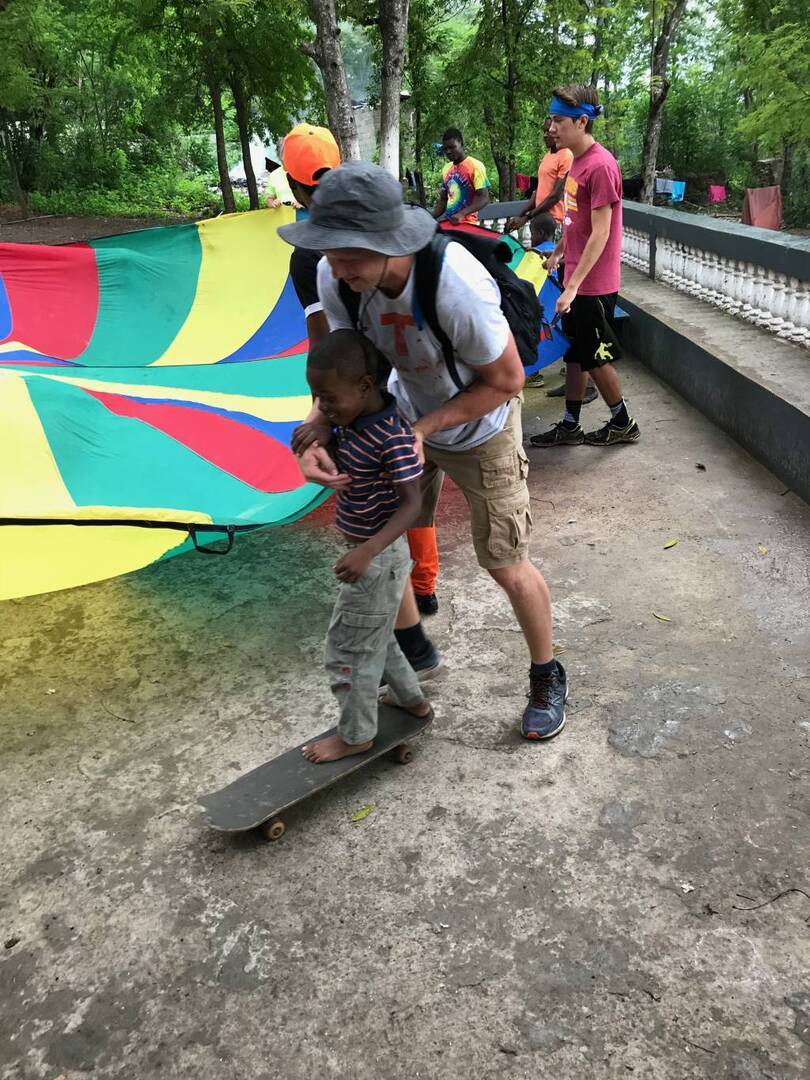 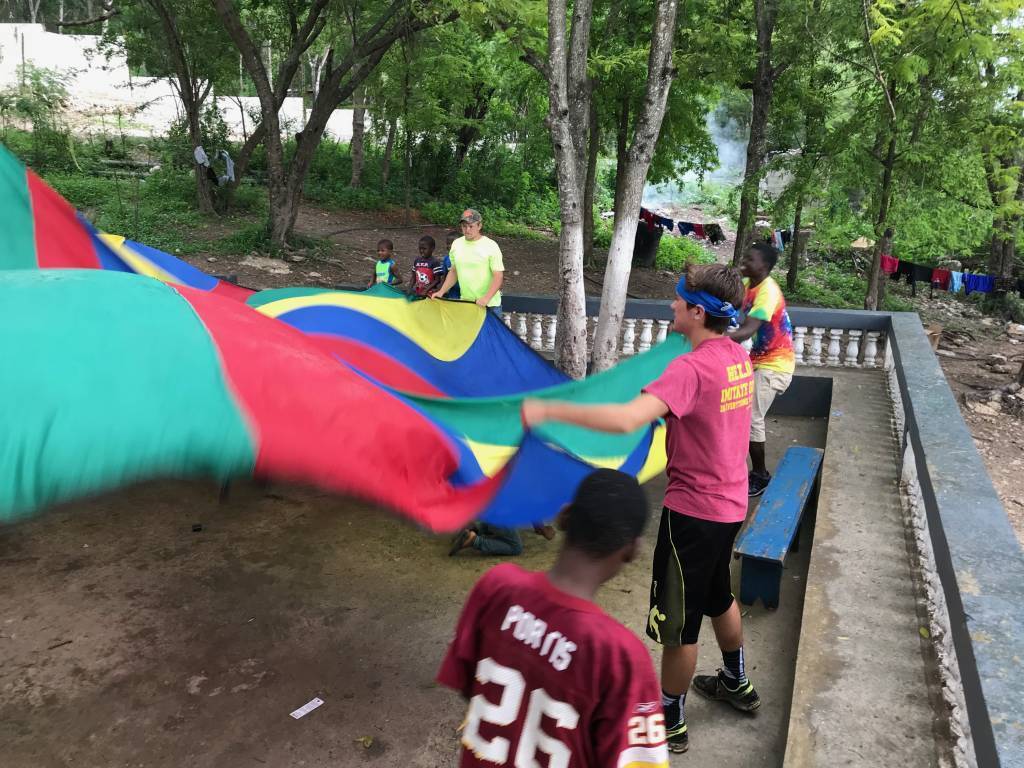 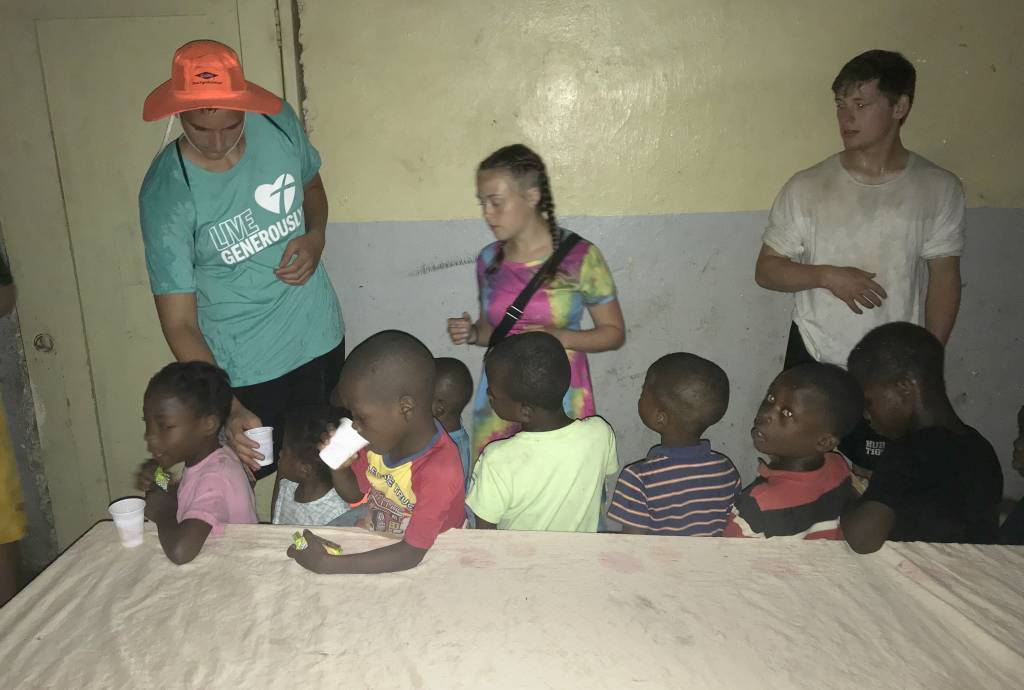 What was UNIQUE about this day? This week?

Haiti in itself is a unique country; from the living conditions to the food, the roads to the views, the relationships to the language. Today we visited the Agape church which was quite different from other buildings that I’ve seen here. Most buildings are made of scrap metal or cement, with clothes and other objects strewn about the dirty floors. However, the church was an open building made of sticks and big tree fronds with a metal roof and dirt floor. The building itself was not the only unique aspect; the people attending were as friendly as everyone else we have met but had a spiritual level of friendship too. I may not have been able to understand every word, or most words, that they spoke but one could see the joy of the Lord through their songs of praise, the love of God through their prayers, and the eagerness to learn through the sermon. It is unique to not only see the work of the Spirit in the Haitians but also to feel the Spirit as we worshipped and grew with them through the Word.

Haiti is a beautiful place. There is a beautiful mountain that we climbed on Saturday morning and it was a lot of work to get to the top, but it was so beautiful at the top. When we got there, the kids are really nice and fun to play with and they love to play with you.  They don’t have much, but they are still really happy with it. It is beautiful that they are happy because we are never happy with what we have.  Today we went to church and it was beautiful how they worship like we do at home and it isn’t as nice a building as what we have. But they are content with it. “Beautiful” is what describes Haiti and the people. 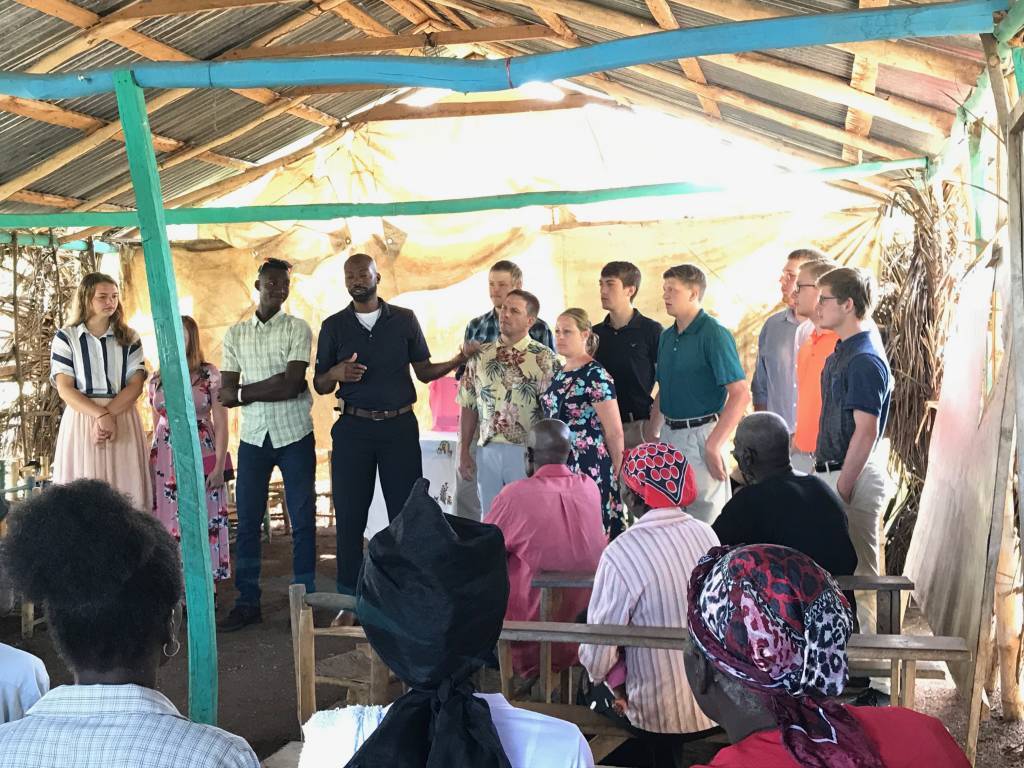 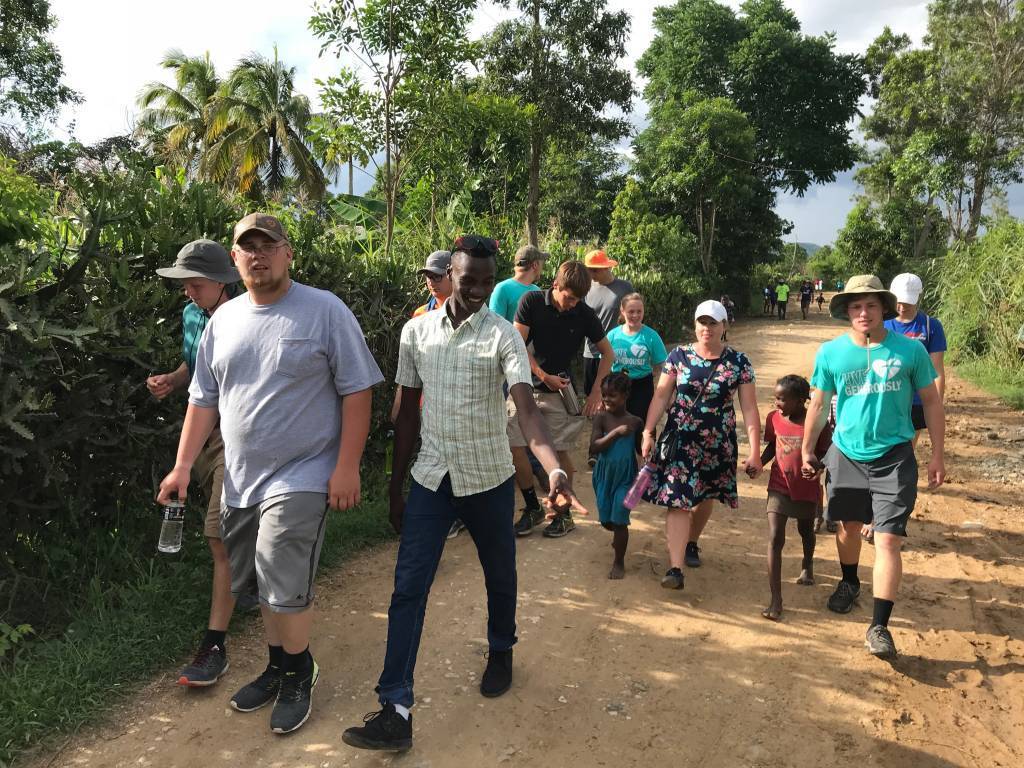 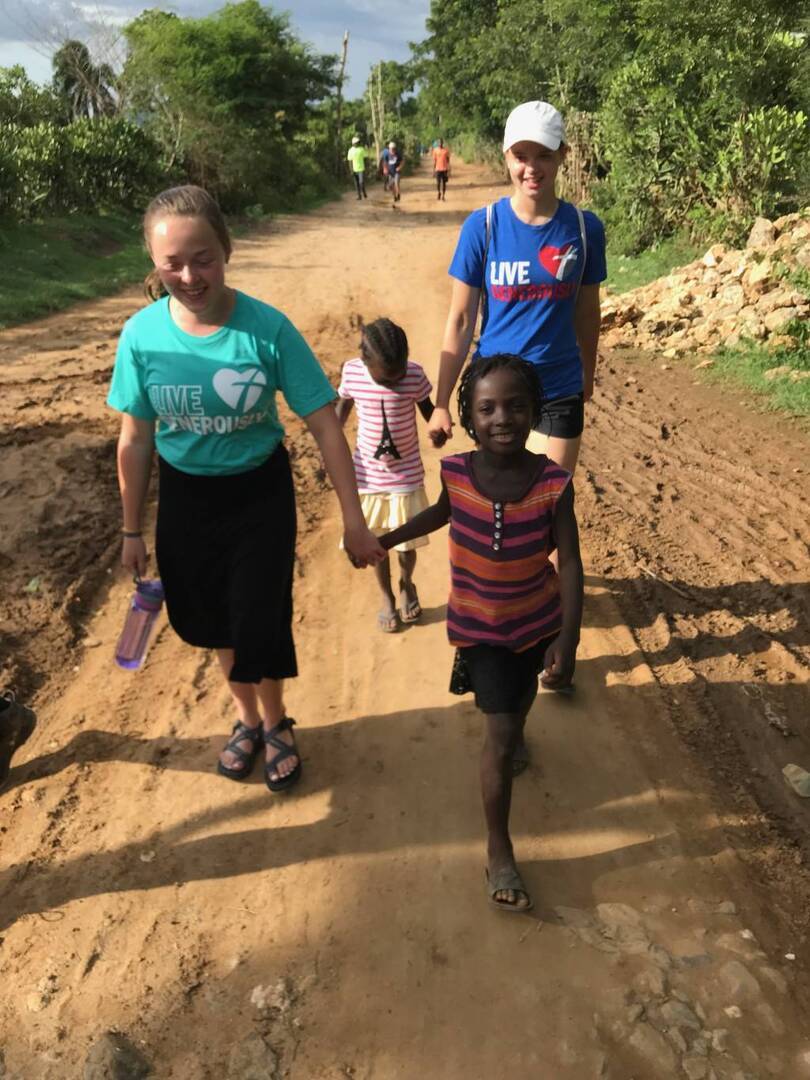