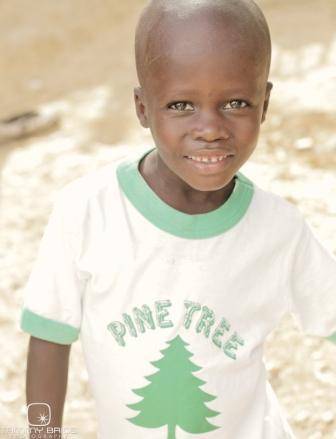 This is written by Morgan De Ruiter and Claire Van Weelden of the Calvary Christian Reformed Youth Trip currently serving in Pignon.

Today was Day 4, I think. Which is crazy because that means the trip is over half over. The days seem long, but as I look back and contemplate all we have learned and experienced, the week seems to have flow by. I woke up early this morning, as I have for all the mornings we have been here. This morning I woke up to my roommate throwing up. Poor Karyn! But even though she did not feel well the entire day, she kept smiling and did not complain once. She truly showed her understanding that God has everything happen for a reason. As I sat on the roof of our house this morning at 5, the stars were out. The vastness amazed me, and the clarity displayed God’s amazing Glory. I had the privilege of watching the sun rise up behind the mountain and watching the town of Pignon slowly.  The enormous beauty of this country severly contrast the extreme poverty all around. Some people tend to think that the third world countries are somehow slightly forgotten by God and His people. But as I journaled this morning, I realized that God blessed this country with a little more love. It is evident in the eyes and actions of the people. Their overflowing joy blesses me so much more than I could ever bless them. Today we traveled out to Sonshine school, near Savenette. We painted most of the school, and we had lots of “helpers” who just wanted to work so badly. Their painting was not the neatest, but it helped us realize that the outward appearance of our project don’t matter near as much as building relationships. Some of us were able to try fresh mangos from a nearby tree, and they are much, much better than our mangoes in the States. We finished the rest of the school after lunch, and then we returned to the compound, tired and covered in green and yellow paint. Some of the boys played basketball with the Haitians, while the rest of us just loved on the little kids clinging to us and vying for our attention. We also set up a movie outside our compound for the children of Pignon. The kids came and cuddled close. Soon it started raining, but the kids didn’t move. They stayed by us and even scooted tighter to us to keep warm. Depspite the weather, the kids just wanted love. So we gave them lots. Lots of hugs, lots of kisses, lots of laughter. I think that is what God is teaching me here. To love, wherever I am at. That is what God calls us to do everyday for every person in every situation. Just love. And I am discovering that I could ask for no greater mission.

Sometime during the trip I am planning on watching the sunrise on the roof like Morgan talked about, but this morning I slept in. We had a breakfast of french toast, which was very different than the US’s version of french toast. We all felt bad that Karyn got sick, but she is feeling much better now, which we are all thankful for. We painted the inside of the school before lunch, and the outside after lunch. Lots of children helped us paint. At the end we went to put a coat of paint on the front and one side of the kitchen, which was a little concrete room unattached to the school. The kids wanted to paint the inside of the kitchen but we were told not to, so we said “no no no,” and they responded with “wi wi wi (yes).” They were very eager to help which gave us time to get more finished. We got to try fresh mangoes right off of the tree, which were delicious, so much better than the mangoes I have tried in the states. However it is like the fruit version of corn on the cob- left lots of suff in our teeth. For dinner I tried goat for the first time which was pretty good. After dinner we played basketball and all the kids wanted to play the game where one person tries to slap the other person’s hands, which was fun. Soon after we set up the movie on the gate outside of the compound and showed a movie. Luckily it didn’t rain too hard so we could still snuggle in with the kids who were captivated with the movie. There was a part in the movie where a giant lizard chases the main characters, and the little girl on Calise’s lap was so scared she kept hiding her face in ther hands but you could tell she still wanted to watch. All week I have been amazed how we’ll be walking down the street, then about thirty seconds later we’ll have a flock of kids with us- holding our hands or on our backs. They have such big smiles all the time which is adorable and it is hard to leave them. Every night I am excited for what the next day has to bring, but at the same time it is one day closer to when we have to leave which is sad to think about. I have been thankful for all the things I have experienced so far, and I know I have many more new experiences to come in these next couple of days.