These Little Ones – Part 1 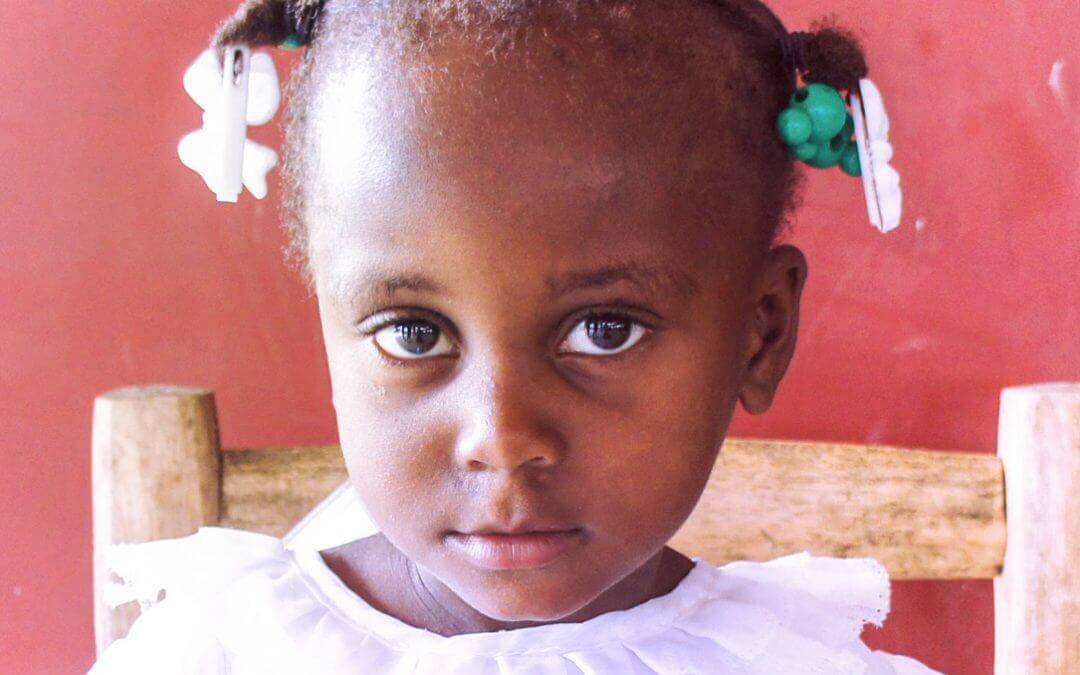 In this 2 part series, Heidi Schulte explores the amazing transformations happening as a direct result of our Thrive for 5 program. With 60 kids now supported, changes in children and families are taking place in the community. In part 1, Heidi shares some of the joyful stories that she has experienced so far.

Looking at little Wilandie, you might guess she has not had an easy life. She’s a slight, serious, and shy little girl. When Woody & I were first going around, finding and signing up kids for Thrive, we visited her house and her mom barely acknowledged we were there. She said she didn’t want to be a part of the program because she didn’t want to do something with other people in Sylvain. A few weeks later at our first parent meeting, a neighbor woman led her in by the hand and encouraged her to take a chance and try it!

Now, 7 months later, Wilandie is becoming a different little girl. Slowly, but surely she is breaking out of her shell and is walking around during Thrive, playing with other kids, and even letting me hold her (when she first came, she would hardly let me look at her!)  A few weeks ago, I heard more of her story which made me marvel and God’s providence and plan in Wilandie’s life even more. Her aunt and a neighbor girl had brought her to Thrive that day and Wilandie was extra quiet and still, because she was sick with a fever. As I checked her temperature and held and rocked her, her aunt (another Thrive mom) told us that Wilandie was a premature baby, born at 7 months. According to her aunt, she was so tiny, she looked like a baby doll. None of them thought she would live. Even as she did live and started to grow, she was always sickly and I don’t know if anyone really expected her to be able to do much.

Now, in Thrive, she is getting extra nutritional support to try to help her gain more weight. Her health is being monitored and her growth recorded. She and her mother have the chance to be a part of a worship service with prayer, hear stories from the Bible and to spend time getting to know other people. Now when I come down the path that goes to her house on my motorcycle, she will come out to meet me, wanting to be held! And with some encouraging, this precious, serious little girl, will even show her beautiful smile!

Wilandie’s beautiful smile during Thrive for 5

About 2 months ago, during a health check, the mother of Olie, one of our 3-year-olds showed our Thrive nurse some growth-like areas on her son. Our nurse’s response was that he needed to have exams at the hospital done to determine what was wrong. This began several weeks of tests, doctor visits, results, more exams and doctor visits and eventually a morning with 3 surgeries, one of which was unknown until the time of surgery. A few of these problems could have caused MAJOR issues for him in the coming years, so we were incredibly thankful he was able to have the surgeries and everything was being well taken care of!

Olie and another of his tower creations!

Through this process, I had the privilege of spending more time with Olivier & his family. To those who know him, and especially to those who don’t, it’s easy to see that Olie has some developmental differences, especially mentally. He’s almost 4, but often functions at more of a 2 year old developmental level. His father said that he has always been a little slower, and that ever since he was an infant and toddler, he really didn’t want to do much.

He didn’t play, explore or interact like you would expect a young child to do. But now, Olie is a totally different boy. He too started out coming to Thrive shy and scared, but now he is playing, talking, singing, being imaginative and creative.  Today in Thrive, Olie was independently playing with legos, making  a train (and who knows what else!) As he dropped his legos over the low wall, he had to walk around and pick them up. After he did this, he came right back and started playing again. No problems!

Olie with his legos

Not only did God provide a physical operation that blessed and healed Olie in ways we didn’t even know he needed. But God is also busy with “Operation Olivier”…where He is developing this little boy more and more into the incredible masterpiece He has made Olie to be! (Ephesians 2:10)

You can read part 2 of this article here. in it, Heidi explores the ways her perceptions of development and relief programs are being challenged and changed.