Hydroponic farming is a method of growing crops without soil, using water to deliver vital nutrients directly to the plants. One method requires the water to be pumped through an irrigation system allowing each plant access to fresh nutrients before the water is caught upon exiting the system. The water is then stored to be recycled through the system. Hydroponic farming has the potential to give the farmer more control over the nutrient level his crops receive. It is also ideal in regions where water conservation is a concern.

Fifteen year old Christian Heiden purposed to make a positive difference with his Eagle Scout project in 2015. Seeking to touch beyond the borders of his suburban hometown in Connecticut, Christian identified Haiti as the neediest country of the Western Hemisphere. Further inspiration came while visiting his Scout Master’s house. There in the yard, Christian saw his first hydroponic system; the design of which had been replicated from a similar system that existed in the Dominican Republic nearly twenty years prior. Recalling that the Dominican Republic shared an island with Haiti, an idea began to form. If hydroponic farming methods worked in the Dominican Republic, why couldn’t they be helpful in Haiti also? A passion ignited as the Eagle Scout studied to master the science, engineering, and methodology of hydroponic farming.

Shock, anger, and frustration shook the teenage visionary when the proposal for his Eagle Scout project to set up hydroponic farming systems for farmers in Haiti was turned down. It was too aggressive, they said.

Too difficult. Too expensive. Too dangerous.

Bill Heiden, Christian’s father, stepped in. If Christian was truly set on accomplishing this project, then they would do it together. Christian’s older brother, Nathan, a Biology undergrad, offered to help as well. Through a web search and what Bill later described as the Holy Spirit’s guidance, Christian contacted Tim Brand at Many Hands for Haiti to ask if the ministry would be open to an on-site demonstration. Many Hands agreed and the three Heiden’s were off to Haiti. 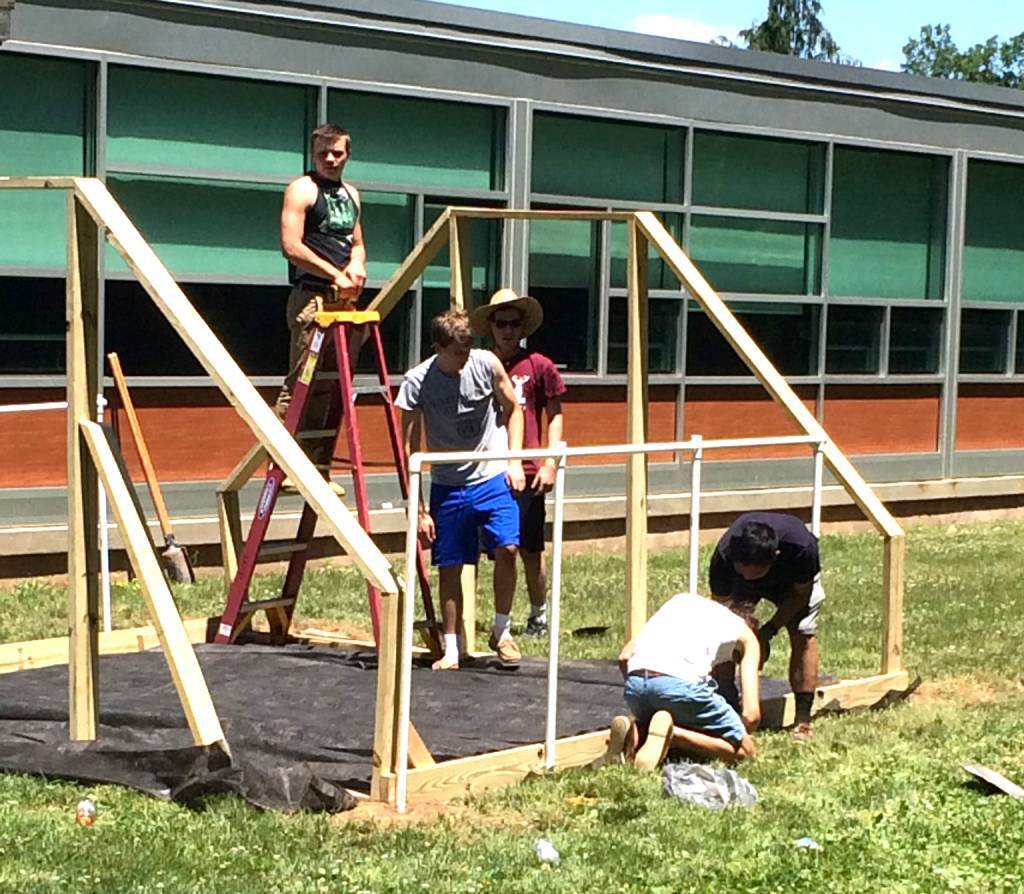 In 2016, the Heiden’s made their first trip to Pignon, Haiti for the initial system demonstrations and staff training. A greenhouse was built to house six electric hydroponic systems, each capable of holding thirty-two plants. Bill remembers, “When we arrived, we were surprised to find the depth of the need in the community and we recognized the depth of Many Hands commitment to its community.” The family saw the potential to do what they had just demonstrated on a much grander scale.

Bill says, “One of the best moments of my parenting life was in the middle seat of an airplane. We were flying home from visiting Many Hands campus that first time and my two sons were on either side of me. I was in the middle seat and the little tray was in front of me. They were leaning on it and they were scratching out designs for the hydroponic farming systems and business ideas. So the idea was hatched and one thing led to another and by the end of 2017 [Levo International] was an incorporated 501C3 nonprofit dedicated to advancing food security and economic progress where it’s needed most.” 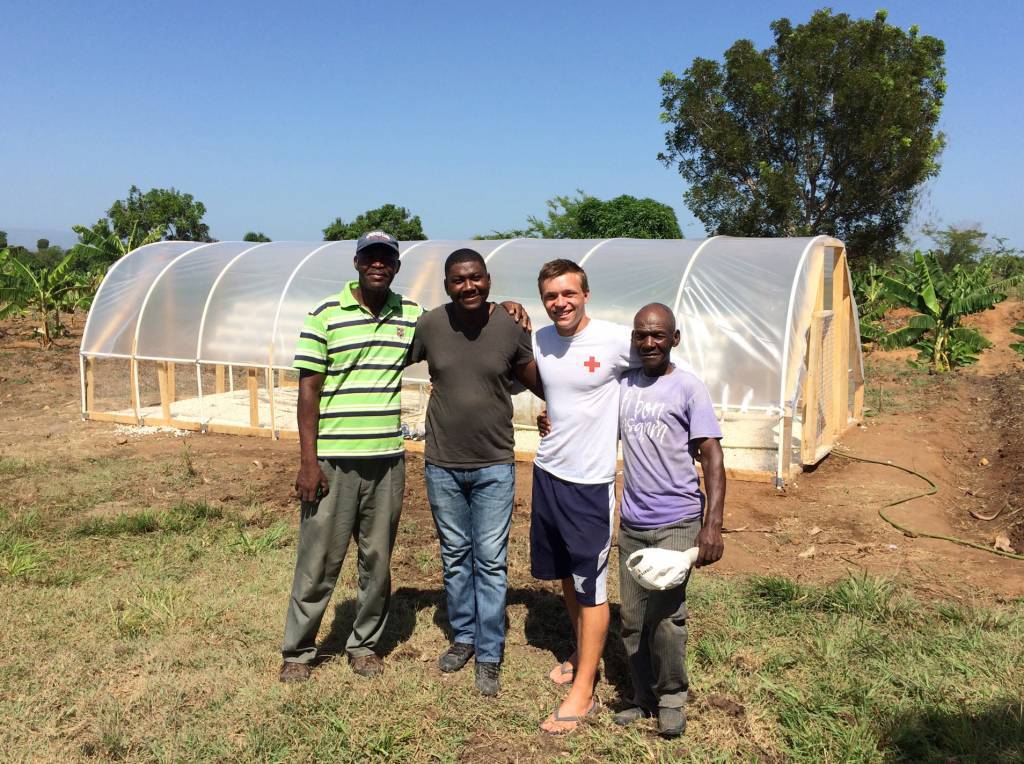 Today, Levo International Inc. (Levo) has seven staff members including Haiti-native, Dunrose Biename, their key field System Operator. They are focusing their efforts on perfecting a family-sized hydroponic farming unit called a “Babylon System” as well as a “Bokit System” which utilizes a 5 gallon bucket requiring minimal effort, training, and space. Levo plans to see some of these Bokit Systems in homes of the local community soon! 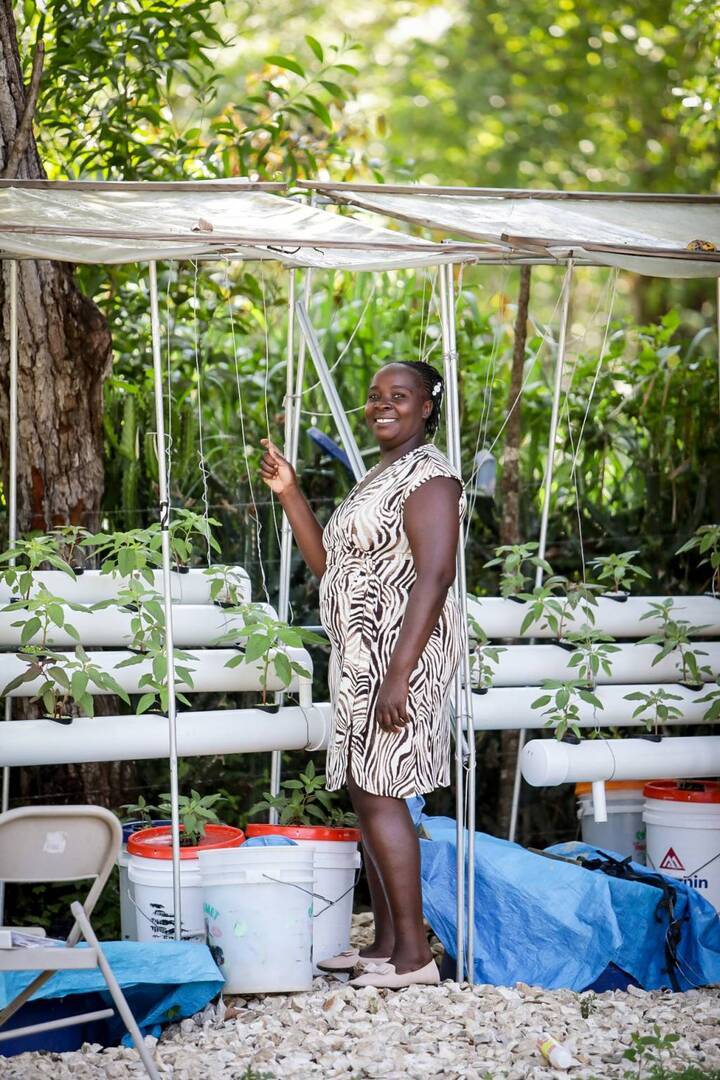 Yet working in an underdeveloped country is not without its difficulties. A Haitian proverb says, “Behind the mountains are more mountains.” Which is to say, “After one challenge comes more challenges.” Levo recognizes the environmental, cultural, and even emotional challenges of their work in Haiti. Mr. Bill shares, “We’re a development organization, not a relief organization. But when you look around [Haiti], all you see is the need for relief. Being able to be patient [as an organization] to do development work is a huge challenge on the heart. Not intellectually but emotionally it has been a huge challenge to not look and say, ‘How about we give them a few dollars.’  But you have to recognize, organizationally, that’s not helpful.”

Levo sees the correlation between economic development and food security, recognizing their importance in a developing country. Ultimately, Levo believes in the unique opportunity hydroponic farming methods offer to marry these two aspects together. This potential is a driving force for the young nonprofit as they look to a future full of possibilities. A future that started because one fifteen year old boy had the courage to look beyond himself and the audacity not to take “No” for an answer. 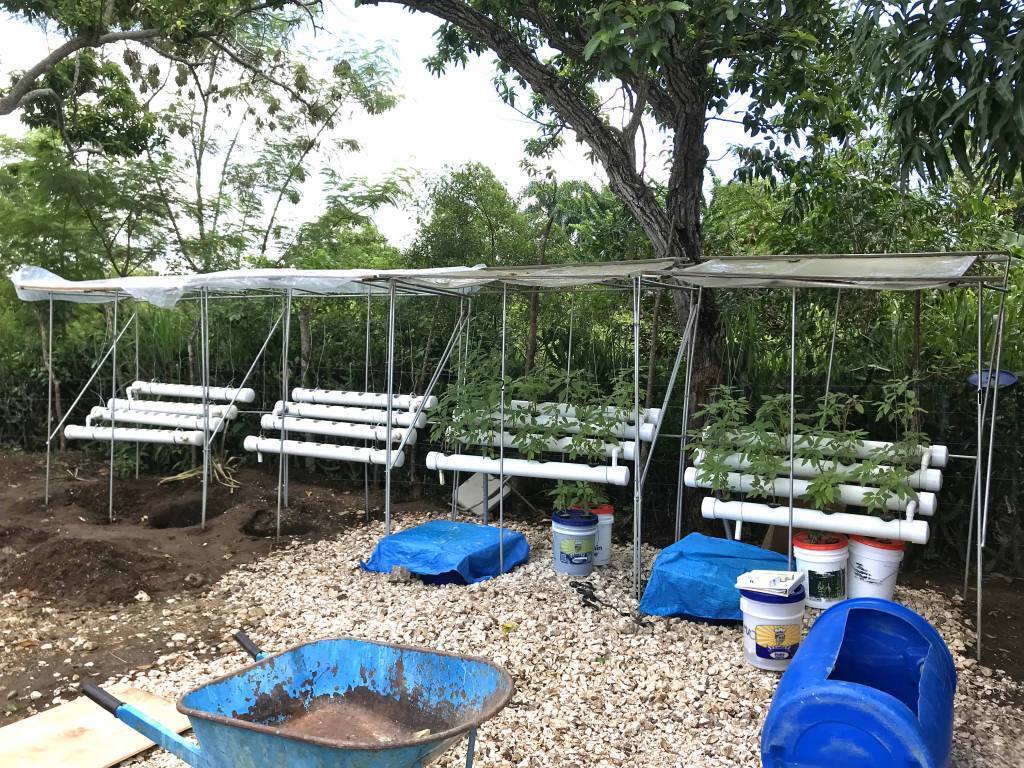