Reforestation – Touching the Heart of Haiti 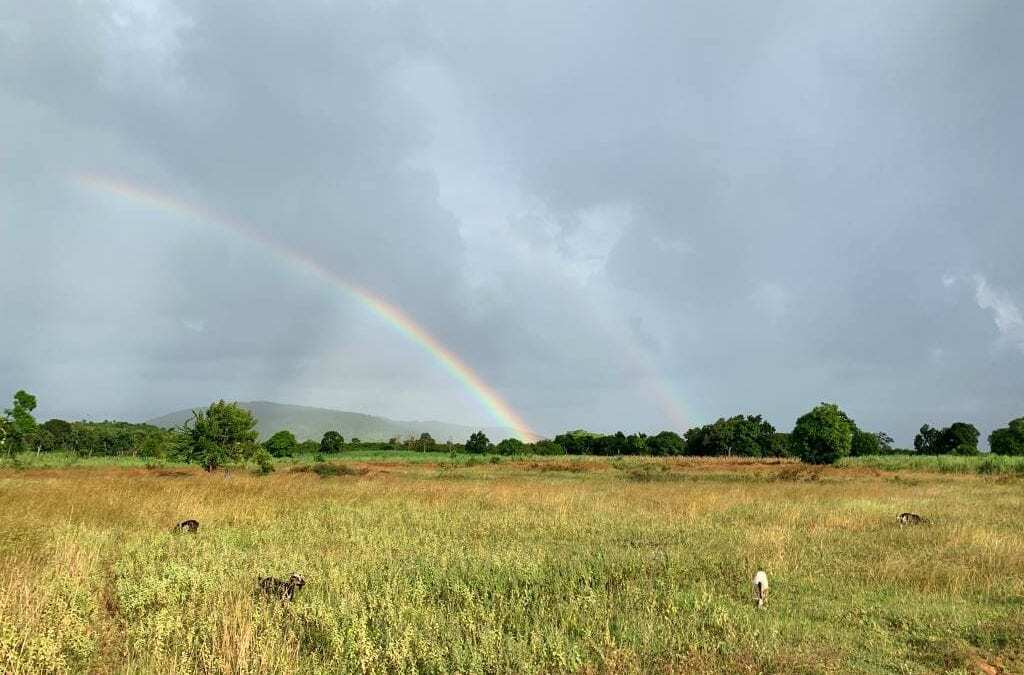 With each passing season, Many Hands increases in experience and understanding as we seek transformation in Christ for our communities. As our vision states, we envision “a world where people transform together, through the presence of Jesus Christ, to be called people, living with purpose, unleashing God-given talents and resources to bring Good News in a broken world.” In working towards this, each department within the ministry must regularly evaluate where it is in accordance to the vision while simultaneously assessing our communities with the same eyes. The responsibility of each department staff lies in knowing, through relationship-building, where the holistic health of those they are serving aligns, or does not align, with our call to life-transformation in Christ, and to act accordingly to guide them in using their “God-given talents and resources”. For the Many Hands Agriculture Department, this reflection led them to consider agriculture’s impact on Haiti. Here is in update on what they found and how they are addressing it.

An International Debate
Deforestation is a widely debated topic within Haiti and the circle of experts who have turned their eyes to this Caribbean nation. None would doubt that deforestation is an issue, though some question the true extent of the country’s deforestation rate. Thanks to the availability of high-resolution satellite images, it was determined by Geologist Peter Wampler that 30% of the nation’s topography retains its forest coverage. This information has led some to question the statistic quoted by many major NGOs stating that only 2% of the country’s forests remain. Unknown within this equation is the actual percentage of tree coverage before Christopher Columbus’ arrival in 1492 with the French colonists following close on his heels.

Debated also is the cause of the deforestation. It is commonly accepted that removal of the virgin forests was jump-started with the installation of plantations by the French in the 17th century. After the Haitians won their independence, precious hard wood trees were harvested and sent to France to pay down the indemnity levied against the newborn nation by the very country they defeated. The issue was compounded in the 20th century as the interests of foreign markets influenced Haitian government policies. 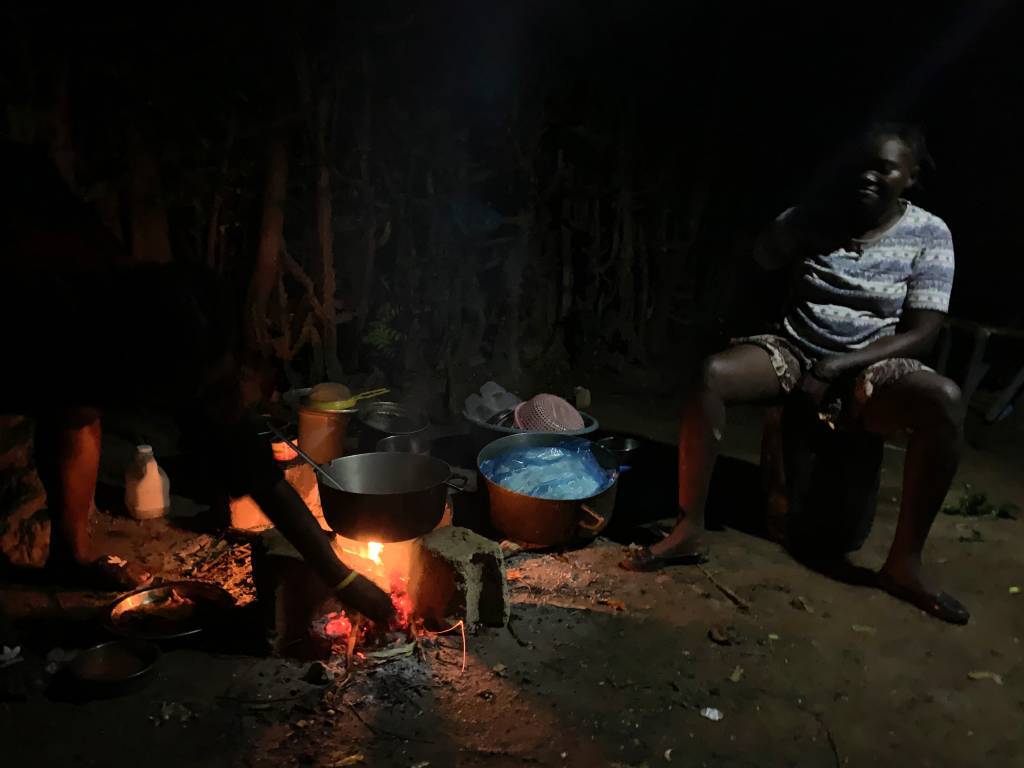 The most common contemporary scapegoat for the continued deforestation seems to be the practice of using charcoal as an every-day household energy source. As with any developing country, verifiable statistics can be difficult to procure. However, it is estimated that 75% of Haiti’s energy is derived from charcoal usage. This comes as no surprise when the current electricity system does not reach even half the population; of the 40% of Haitians believed to have access to it, 60% do not have reliable electricity as the outdated power plants are already overloaded. It is no wonder that charcoal usage continues to rise, meeting the demand of a growing population. 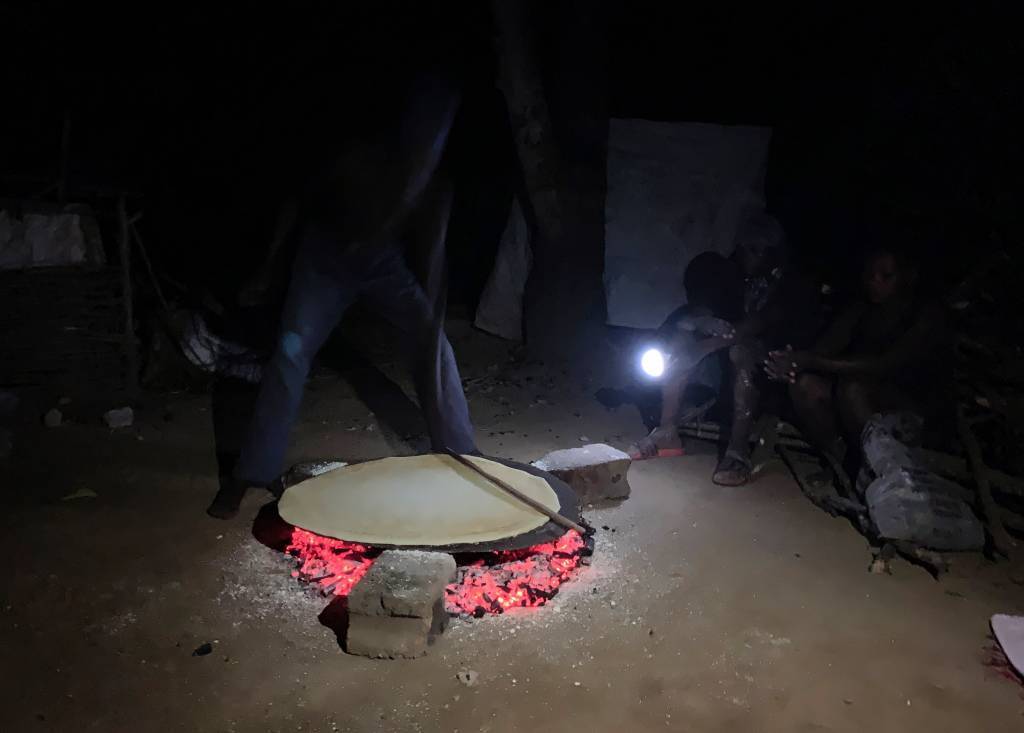 A Renewable Approach
With this in mind, the Haitian managers at Many Hands presented an opportunity to be good stewards of God’s creation and to be a blessing to our surrounding communities for years to come. They requested that MH4H begin planting trees in the local communities. This started with planting 9-11 fruit trees in the yards of our Love In Action (LIA) participants. Trees such as plantain, coconut, mango, avocado, orange, and cashew that would provide food for the family, a potential cash crop, and (with some varieties) serve to lock in the topsoil as many families requested that the trees be planted in their gardens.

The second step was to begin planting kasya trees which are commonly used for charcoal. Kasya trees are drought resistant, mature in as few as three years, and coppice happily. Coppicing, a woodland management technique, allows a tree to be harvested while the stump is left to regenerate. Haitians frequently use this method, returning to harvest from the same root system every 3-6 years. Already, 300 kasya trees have been planted on the MH4H Sylvain campus while others have been given to LIA families. When the MH4H trees mature, they will be harvested to fuel the Love In Action kitchen on sight which currently feeds around 270 people each day, five days a week. 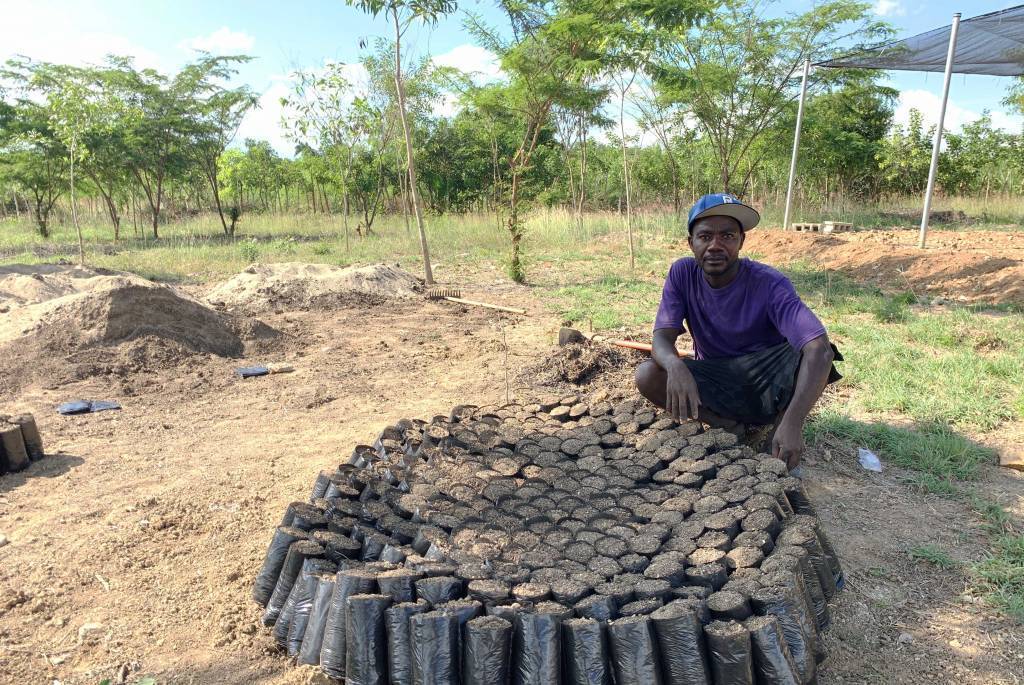 Because Many Hands saw that there were few tree nurseries within our region to partner with, a tree shade-nursery of our own was designed. With help from Ragged Edge Ministries, who donated all of the building materials, a shade nursery was constructed capable of housing 1,000 saplings of various varieties. November 2019, we will be on our way to filling this shelter.

Deforestation is a real problem that has been ignored for centuries as history shows civilizations taking what they want from the land without regard for the current ecosystem or for future generations. As the world becomes increasingly aware of its finite natural resources, people wishing to address Haiti’s deforestation are quick to identify a “cause and solution” without understanding the complexity of the situation. Alongside poor understanding is often a lack of verifiable information to drive appropriate reforestation measures. 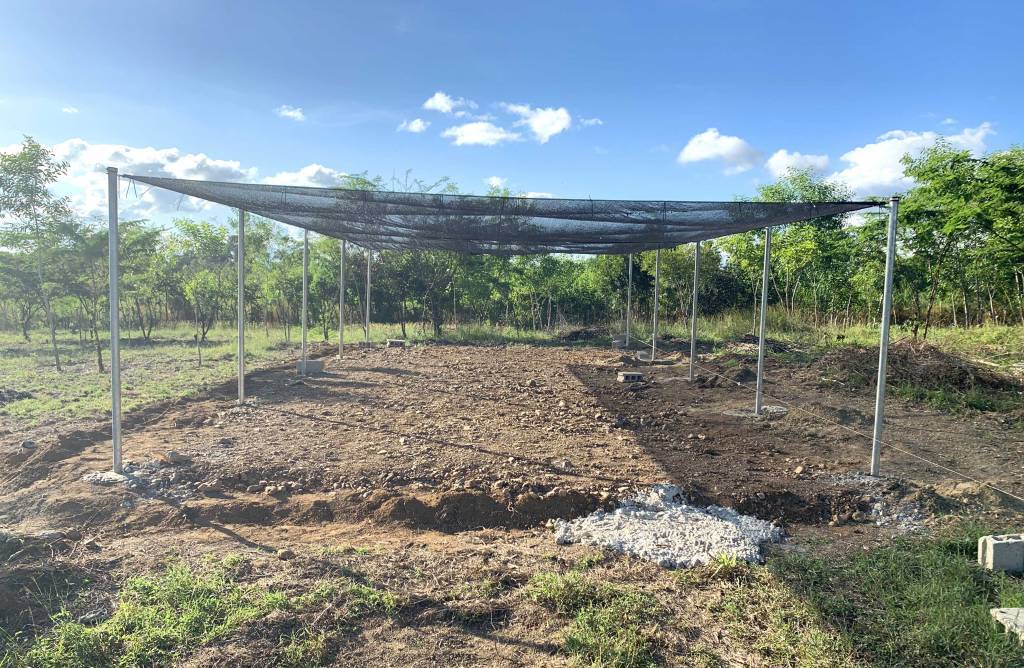 Many Hands for Haiti knows that we are called to steward the planet’s resources well. We are proud to have team members who understand the “God-given resources”, as mentioned in the MH4H vision statement, to include natural resources such as trees and “life-transformation” to include that of tomorrow’s generation. The Agriculture department is excited to see the tree shade-nursery sprout leaves (quite literally), developing into a tool to reforest a land that has been abused and a catalyst for the Good News of God’s love to touch the heart of Haiti.