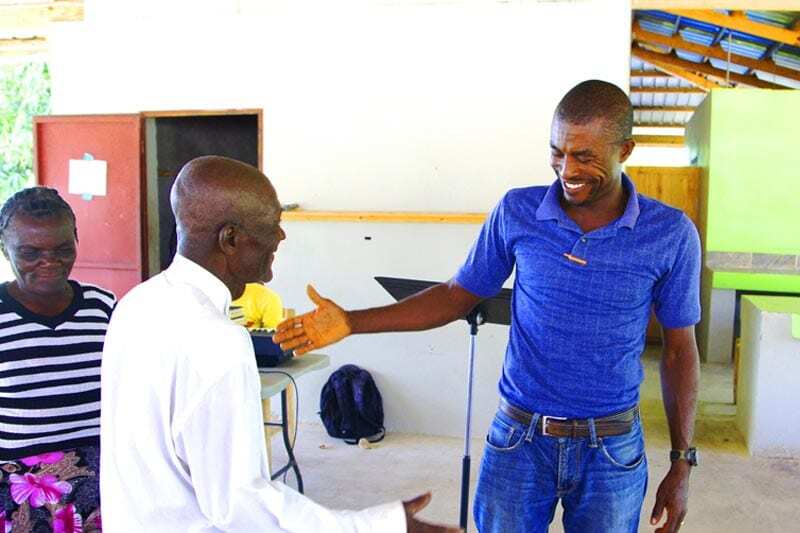 Sitting in the Santo Domingo airport, Jean Ronel Joseph was at the end of himself. Earlier in the year, he had been selected to attend Bible School in Grenadines, a very high honor for a kid born in and coming from the rural area of Haiti. Having never flown and no credit card to his name, a pastor friend made the flight ticket purchase for him. When he showed up a week ago to fly, the airline said the person with the credit card needed to call in to verify the purchase. Having no phone and the pastor living in Miami, this was going to be very difficult. After a week of scrambling, his payment was finally resolved just in time, as the semester enrollment was about to close. If he missed this enrollment, he would lose his scholarship. Now, he just found out his ticket was only to Antigua, not to Grenadines, as it was booked incorrectly. The lady at the counter needed another $600 US to make the changes. All the money he had in the world at that time was $160. The window of opportunity to jump on this path of opportunity was all but closed. Emotions overtook him, as he pleaded with the airline lady. After some time, she accepted the money and Jean Ronel was on his way to Grenada. He arrived with zero money to his name, a week late, and no ride to the Bible School. But, it didn’t matter, as he was on God’s path for his life and that is all that mattered. By a miracle, when he arrived in Grenadines and was trying to figure out how to get to the Bible School with no money, some of the students happened to come to the airport for no reason. One of them just felt they should go. They picked him up and brought him to the school. Jean Ronel was able to enroll in classes in time and graduated in 2014.

“I’m in awe of his obedience to God’s calling…he wants to serve God with every fiber in his body.”

We collided with Jean Ronel in 2015 and from the start, we had to cling to the belief that staying on God’s path is all that matters in life, no matter the circumstances. Jean Ronel ran a kids’ club in Pignon and during one movie night, we were introduced to Chalissa. Chalissa had a horrible, cancerous tumor in her right eye, as her eye was literally popping out of her head. We fought for Chalissa, getting her medical attention and showing her God’s love in her last days, but she left this world for heaven on World Orphan day, a fitting testimony to her life given her circumstances. How Jean Ronel handled this situation and the way he ran his kids’ club, showed us his character of integrity, joy, and service to God. This tragedy brought us together, as it is in the hard times that character is revealed, both in Jean Ronel and Many Hands for Haiti. Trust was forged. 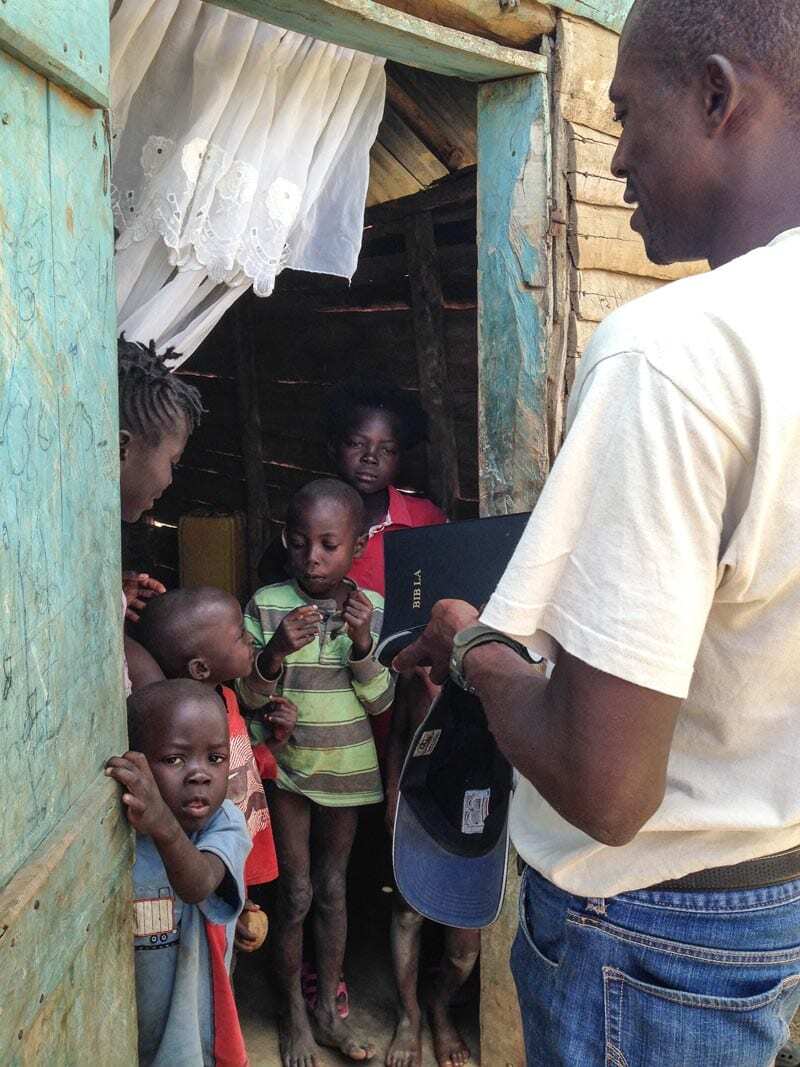 Jean Ronel presents a family with a new Bible

Jean Ronel now serves as a Spiritual Shepherd for us, meaning he goes house-to-house or Bible study-to-Bible study, visiting people right where they are at in life. In love and through relationship, he invites people onto God’s path. He has a passion to help people make the right choices to bring the Good News into their lives. Just this week, he and Pastor will be marrying 20 Haitian couples, most of whom have been living together but never moved forward in marriage, allowing them to be on the right path with God. Later, he will baptize many and welcome them into God’s family. 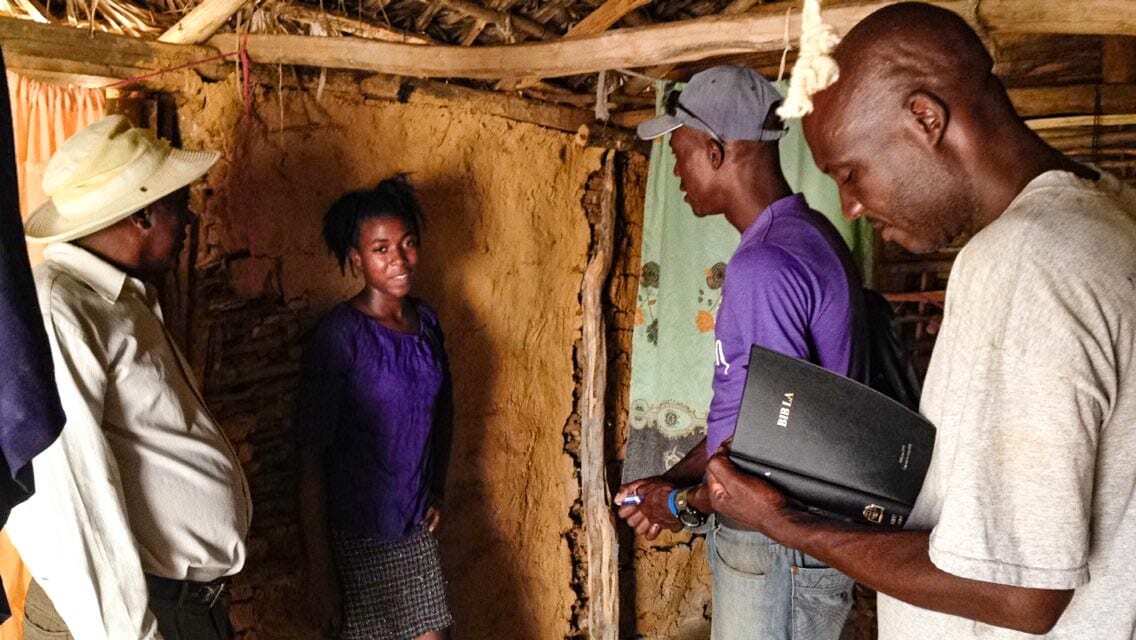 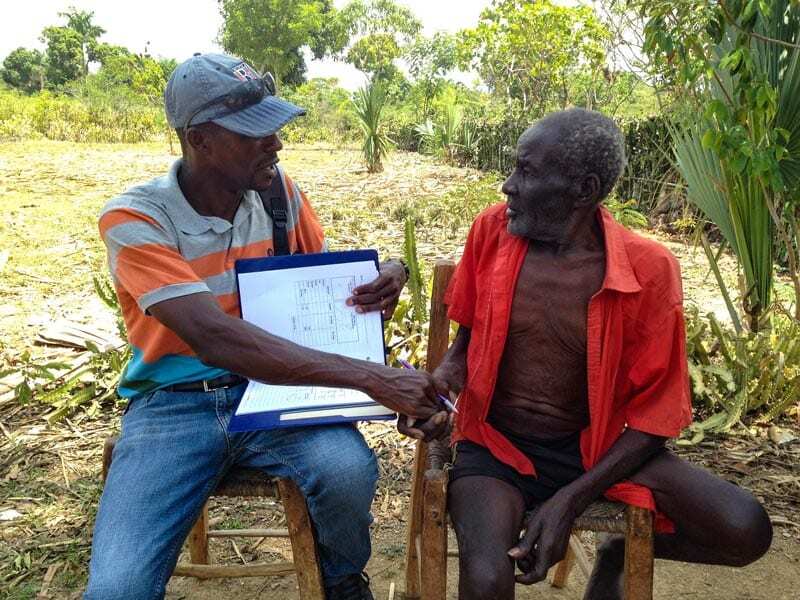 Jean Ronel meets with a man in his yard

Jean Ronel is right where God wants him, and I’m in awe of his obedience to God’s calling. He is a very bright individual, speaks excellent English, and has had and will continue to have many opportunities presented to him. He has an infectious spirit with a huge smile and brings joy to those around him. And he wants to serve God with every fiber in his body. We’ve learned so much from Jean Ronel, and he makes us immensely better as an organization. He is a leader, no question, but more importantly, he is a leader after God’s heart. At a time when everyone is questioning Haiti’s leadership, there is hope in people like Jean Ronel. I can’t wait to see him mentor more Spiritual Shepherds and walk with them on God’s path for their lives, as this is his calling. He is a multiplier. 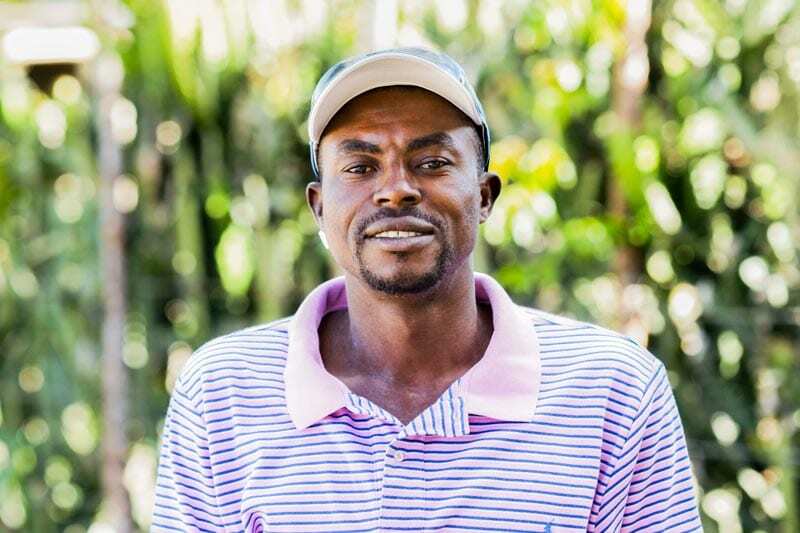 Many Hands for Haiti stands on the shoulders of Jean Ronel Joseph, who walks on God’s path, no matter the circumstances, and invites others to join him. This path for Jean Ronel has not been easy, but as one who has been faithful with a little, I believe God will give him more and more to steward in the future. May God protect him, his marriage and his newborn son. Praise God that Jean Ronel made that flight to Grenada and set him on the path he is now on. We are forever changed because of it.

END_OF_DOCUMENT_TOKEN_TO_BE_REPLACED 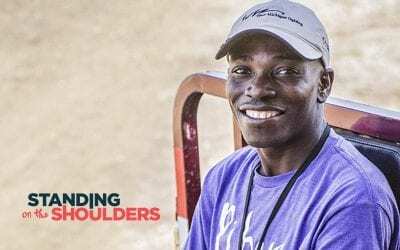 Kicking the Butt and Taking the Names

Many Hands stands on the shoulders of Jean Rene Deforge, who serves with a smile on his face, quietly working with humility and love to transform his community.