An IMPACT team from Hope Spencer Church in Spencer, Iowa returned to Haiti in February of 2020. Their presence brought a surprise for the first graders of the Sylvain Christian School of Light – new playground equipment. During the previous semester, the students amused themselves playing tag on the dirt field during recess but the time had come for new games to engage their minds. See below what a beautiful gift the Spencer Hope team built for the students of the School of Light!

The structure loomed two stories high against the Haitian sky. The students at the Sylvain Christian School of Light watched its construction as the team from Hope Spencer Church focused love, sweat, and energy into the new playground’s completion. First graders, Guervants and Damingka, were invited to test the teeter-totters so the builders could determine the proper height. Though the children had never seen such a game before they quickly mastered it. With a soft smile Damingka asked, “Are they really making more games like that for us?” 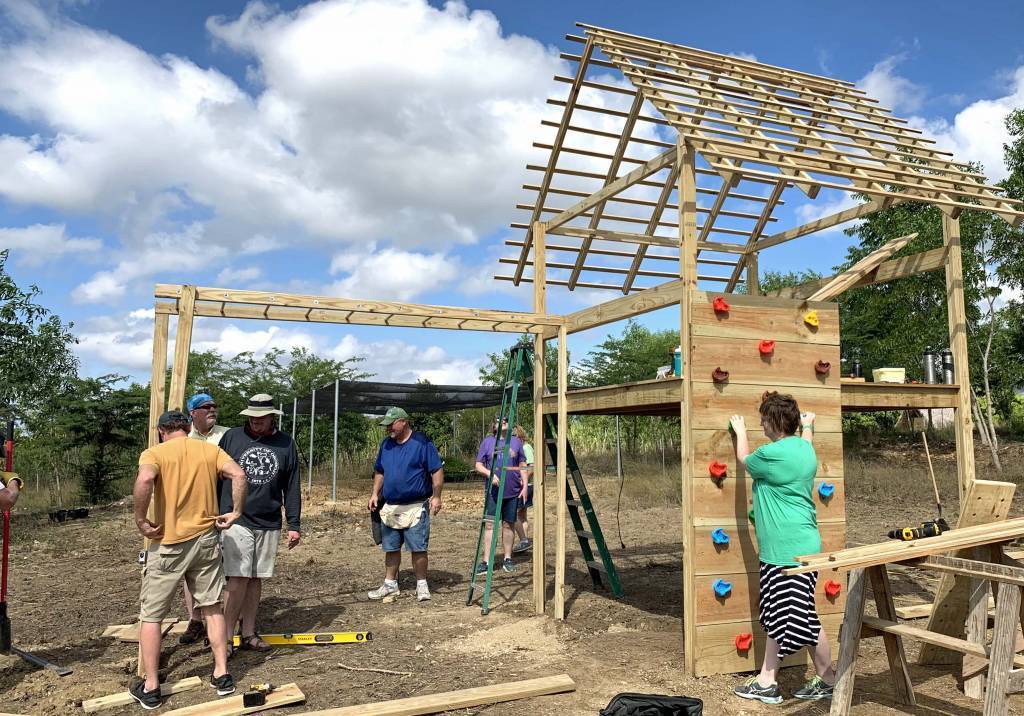 The team from Hope Spencer works on playground equipment

A member of the Hope Spencer team explained the thought behind the jungle gym’s layout, “It was designed so we can easily expand the structure in the future as the children and number of classes grow.” Easier activities such as the swings and ladders can be used by everyone. More advanced pieces such as the monkey bars and peg boards will allow the kids to challenge themselves as they grow older. 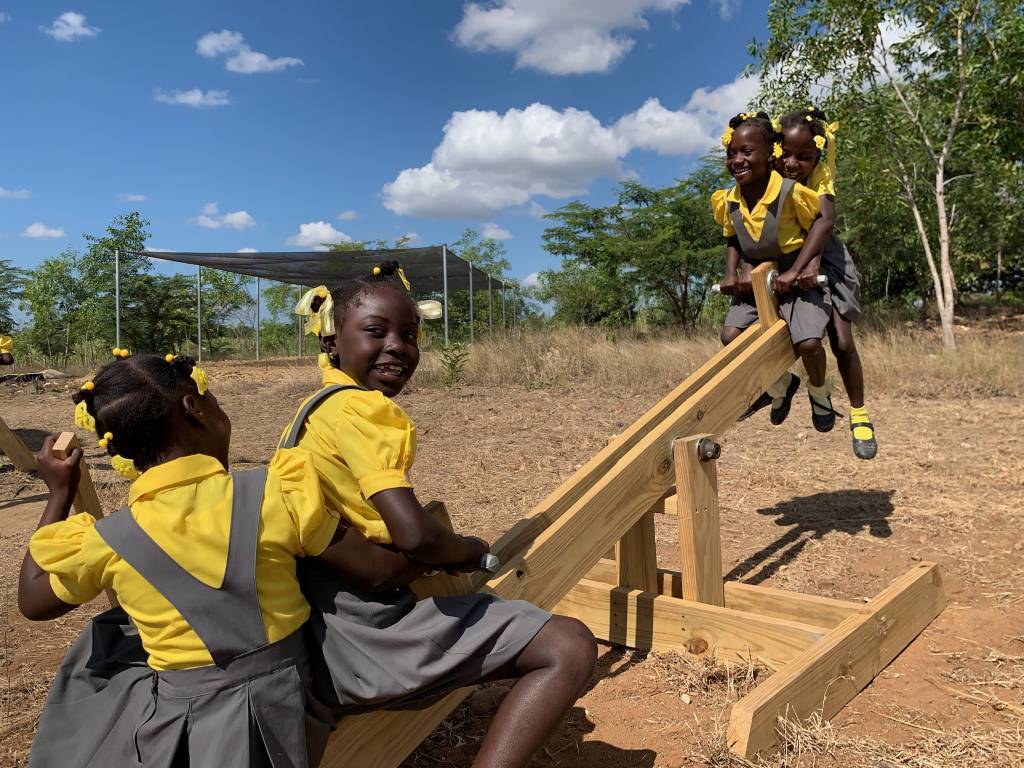 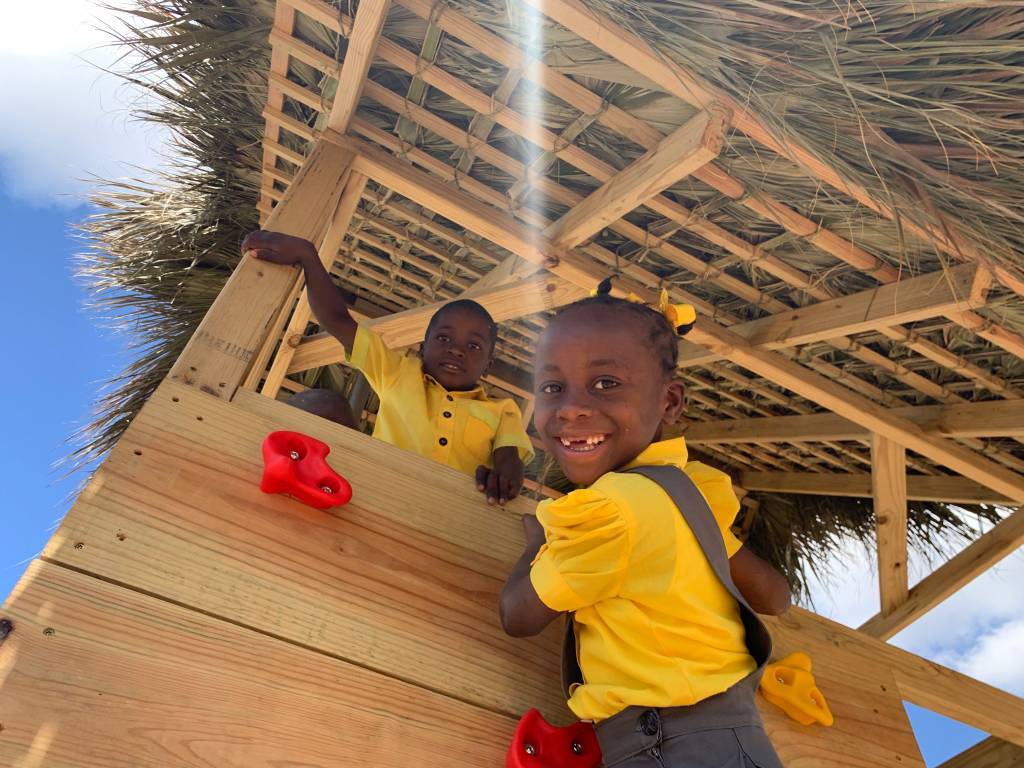 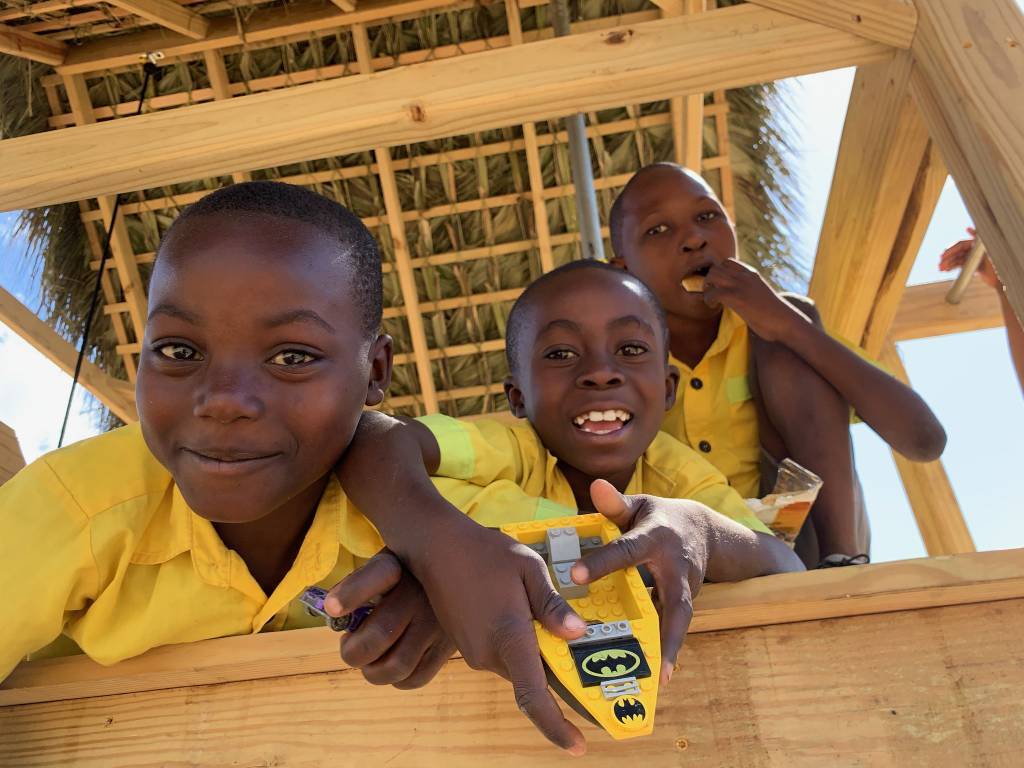